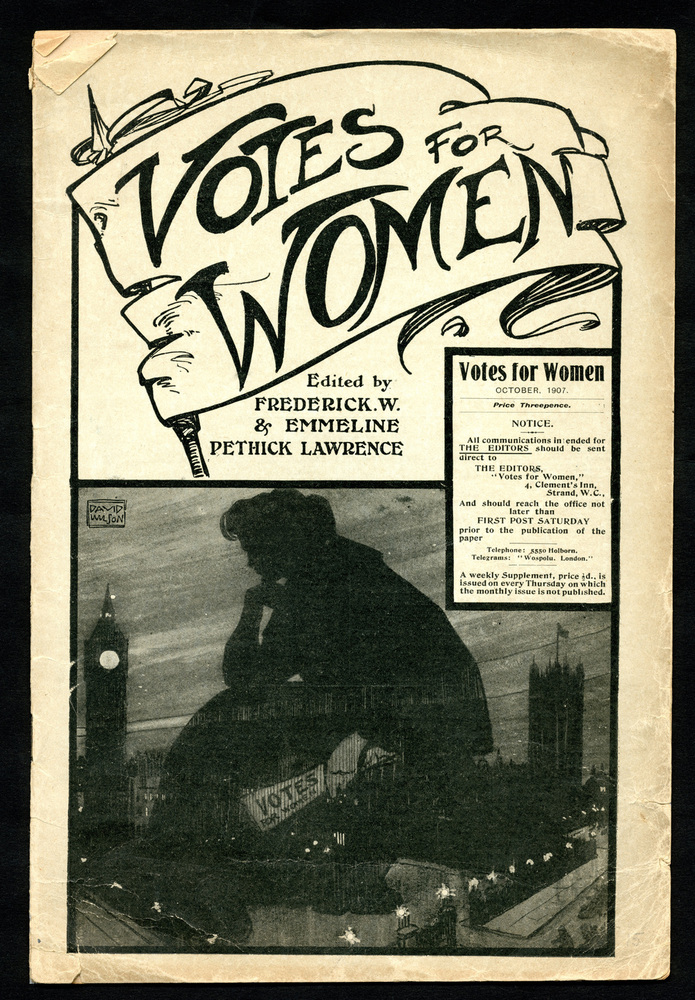 This illustration of a woman, seated and holding a ‘Votes for Women’ demand while contemplating the Houses of Parliament, originally appeared in the Daily Chronicle in 1907. It appears here on the cover of the first issue of Votes for Women, an innovative and successful feminist journal. Selling suffrage periodicals, especially in public areas, became a key feminist strategy and a powerful symbol of rebellion, as largely middle-class women faced hostility from a public unused to such blatant female activism.