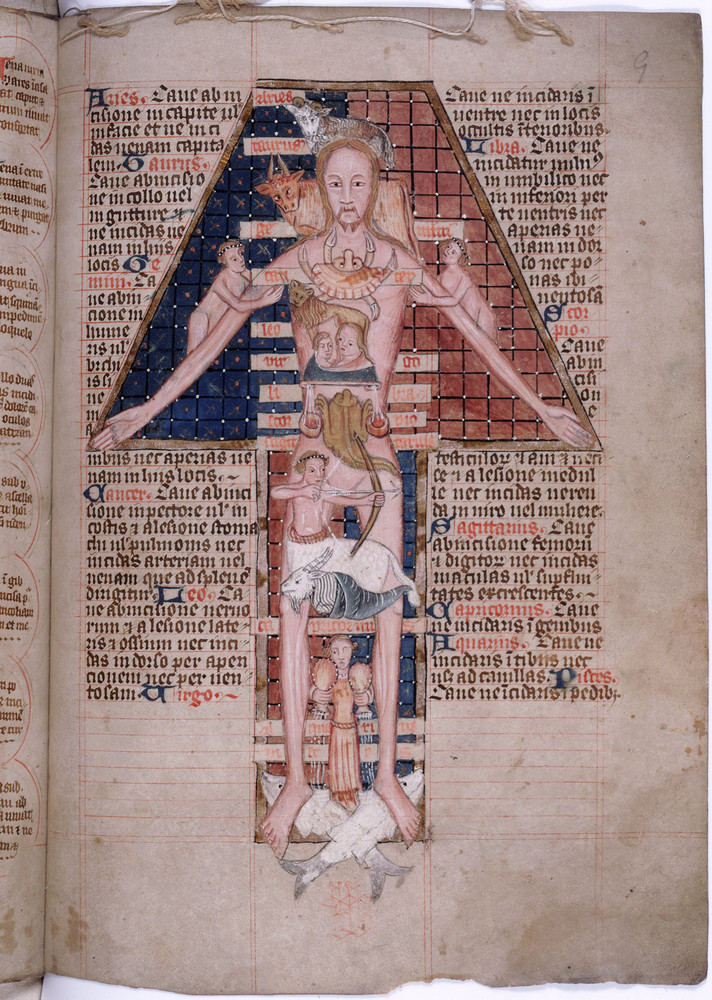 ‘Veins man’ and ‘Zodiac man’ (treatise on medicine and the zodiac)

Medieval medicine was based on the belief that the human body was composed of four humours, identified as blood, phlegm, black bile and yellow bile. A good balance between the humours was essential for a healthy body, and the dominance of one over the others was corrected by blood-letting, which released pressure in the appropriate part of the body. One diagram identifies the various veins, and when they should be opened.

The parts of the body were directly related to the heavenly spheres, and on the page shown here the signs of the zodiac are superimposed on specific areas of the human figure. When the moon was in a particular sign, then blood should not be let from the corresponding part of the body. A knowledge of celestial movements was thus a requirement for barber-surgeons, and charts such as this were commonly displayed in their shops.