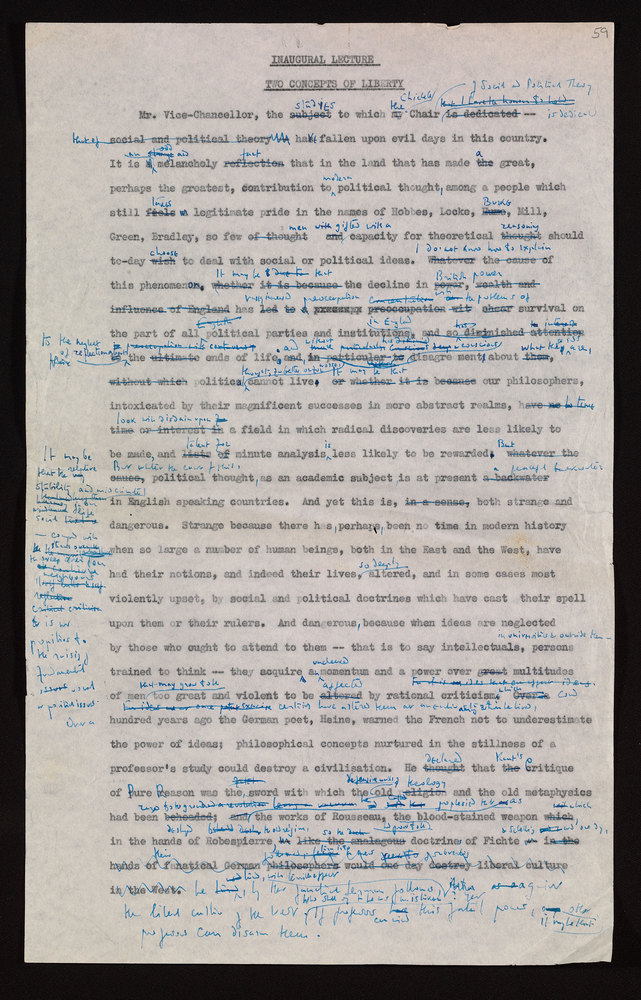 Zoom in
MS. Berlin 449, fol. 59r
© The Trustees of The Isaiah Berlin Literary Trust
Previous Next 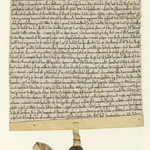 This Treasure is paired with: Award of the papal legate (Scholars in flight)

Berlin introduced his famous distinction between negative and positive liberty at this inaugural Oxford lecture as Chichele Professor of Social and Political Theory. After fleeing from Riga and witnessing the Russian Revolution in St Petersburg, he and his Jewish family had sought refuge in England in 1921. He studied and taught at several Oxford colleges, and as its president developed Wolfson College as an egalitarian and democratic institution for graduate students and scholars.