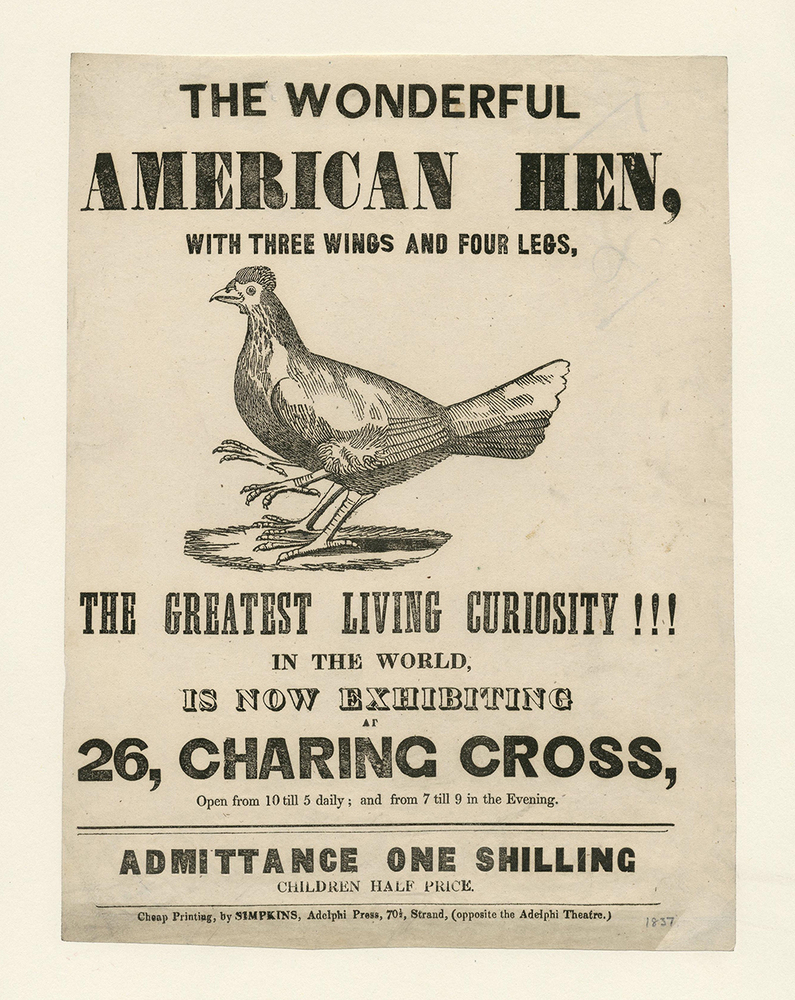 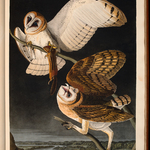 This Treasure is paired with: Birds of America (American birds)

This handbill occupies the cheap end of the market of printed images. Displays of unusually formed animals (and people) were especially popular in the 19th century, at shows and fairs throughout England. Advertisements such as this one, with its hyperbole, bold type, and striking image, enticed audiences to see one rival curiosity over another.