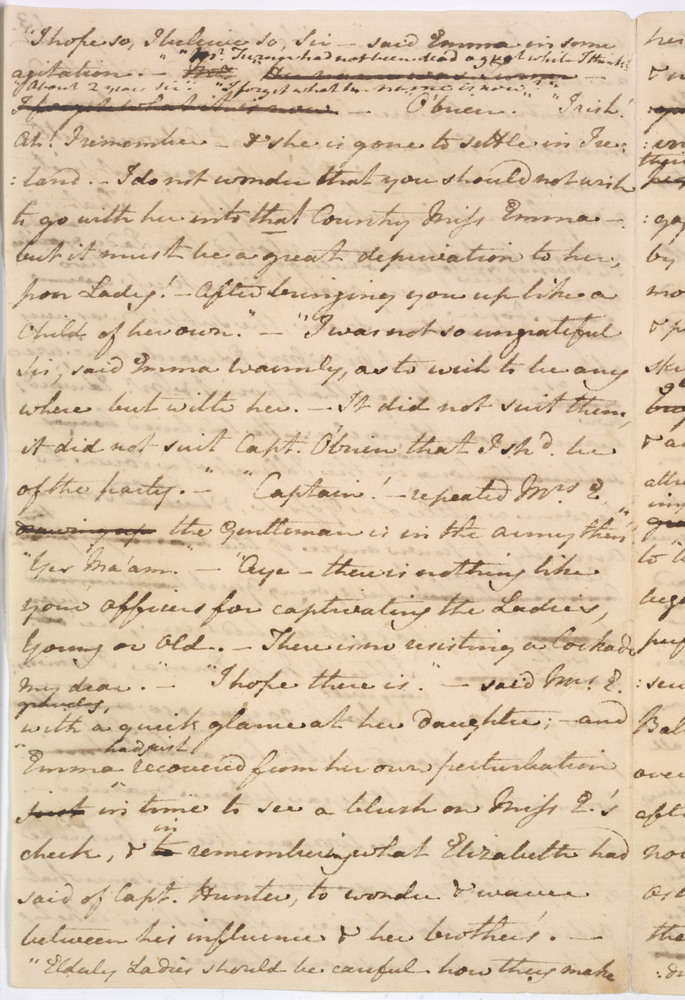 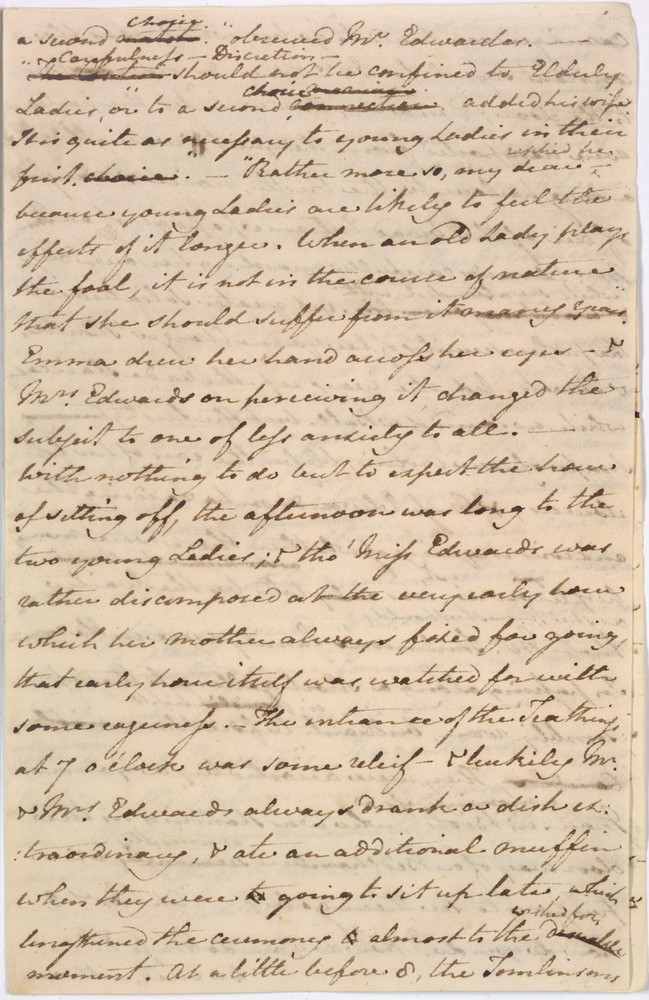 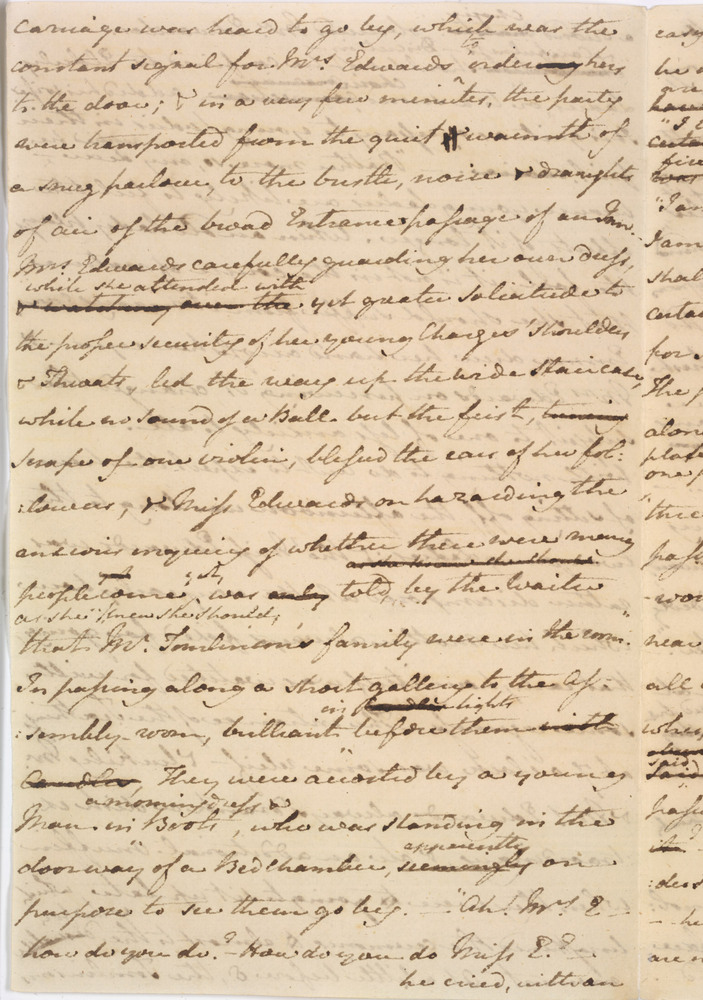 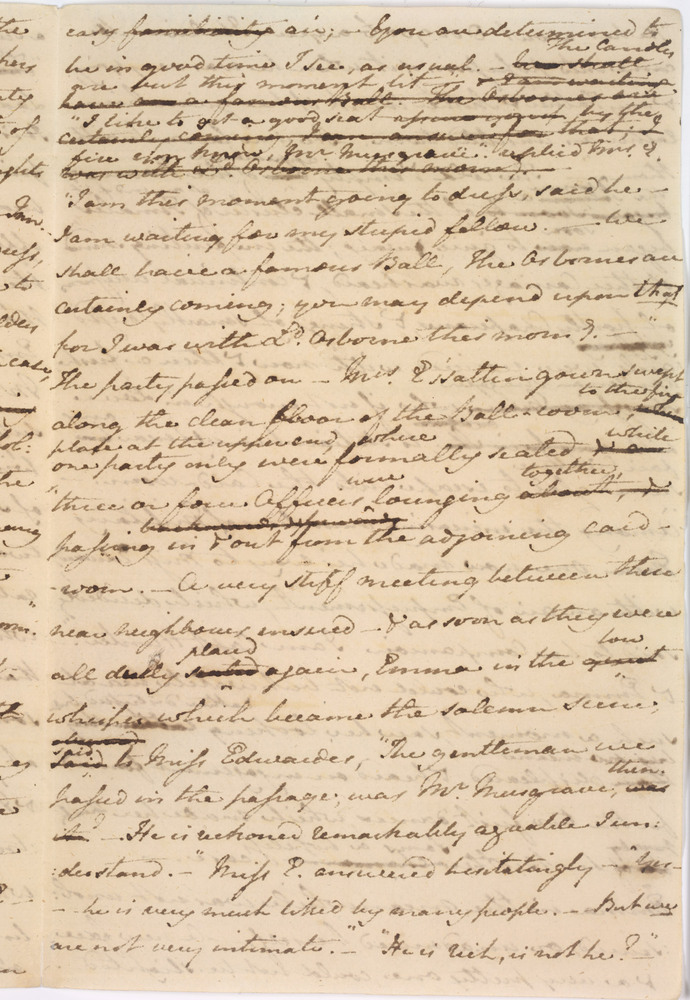 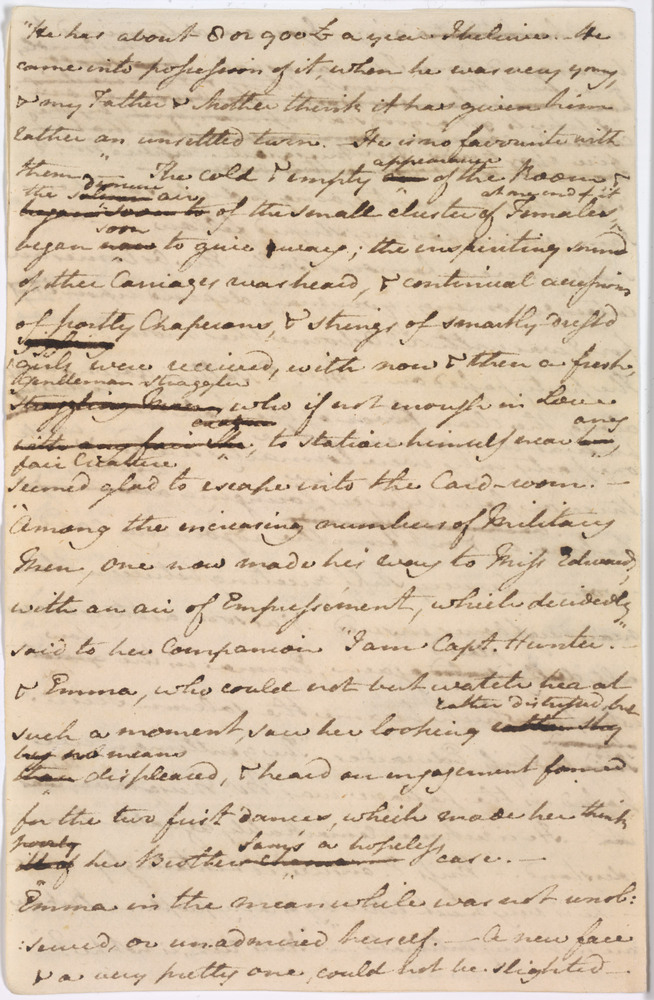 Jane Austen worked on the The Watsons some time between 1804 and 1807, but for unknown reasons never finished it. The story largely concerns the efforts of Emma Watson’s three sisters to get themselves married.

This is part of Austen’s first draft, and it is one of the earliest examples of an English novel to survive in its formative state. Acquired at auction earlier this year, it was the last major Jane Austen manuscript in private hands, and the most significant Austen item to come on the market in over twenty years.

An introduction to Jane Austen’s unfinished novel, The Watsons, by Prof Kathryn Sutherland, Professor of Bibliography and Textual Criticism, University of Oxford.