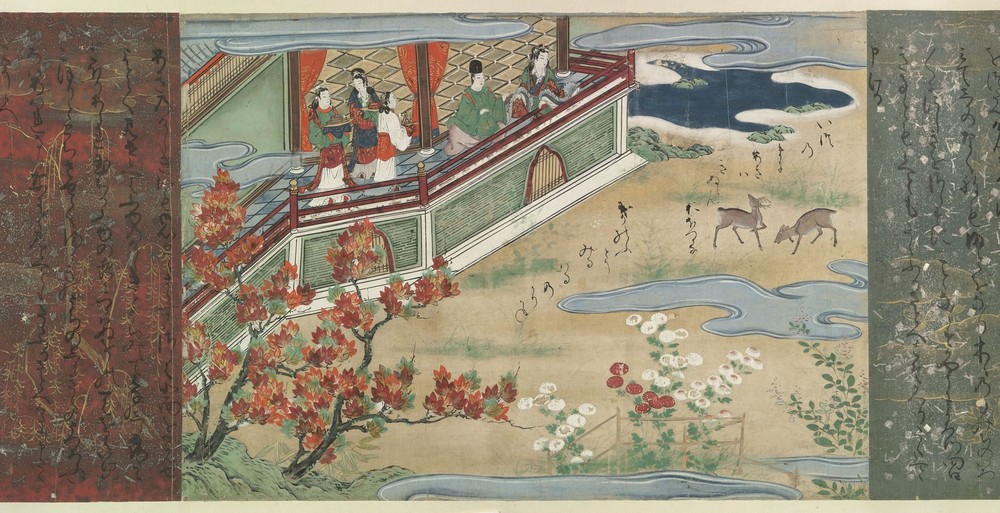 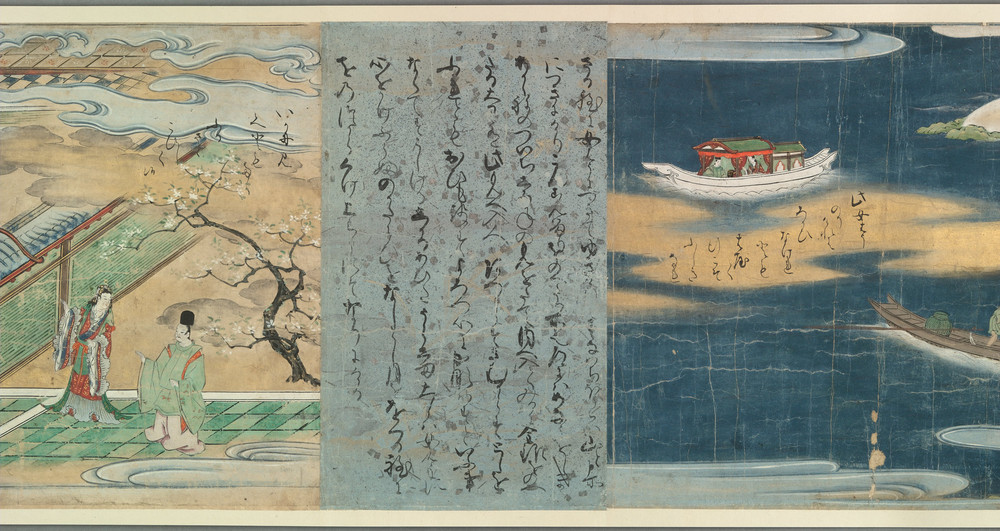 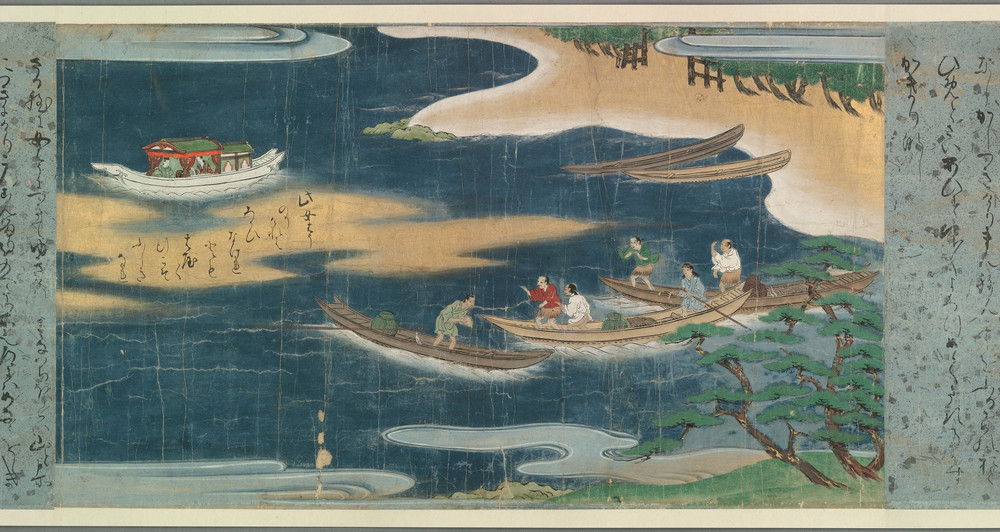 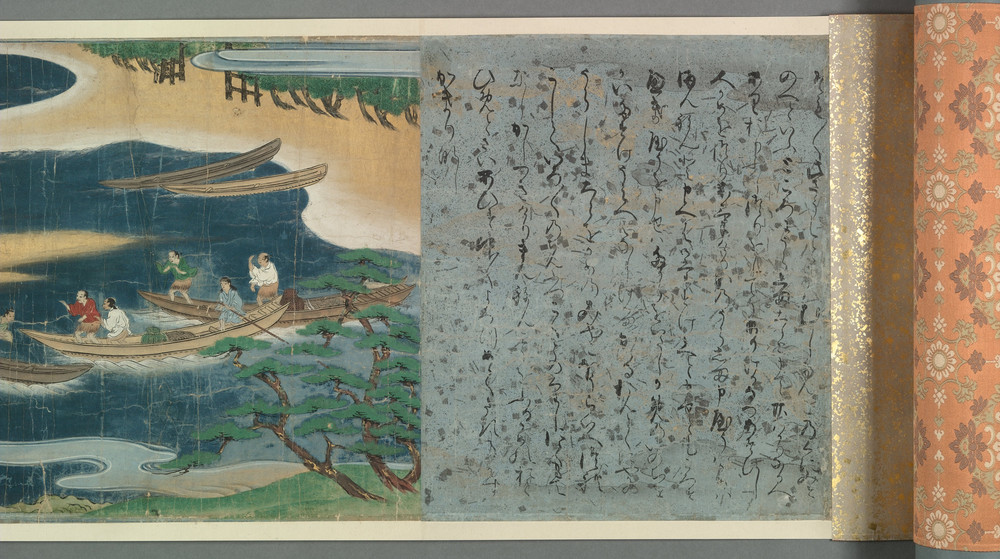 The Tale of Urashima

This beautiful Japanese picture scroll, or emakimono, narrates one of the oldest and best-known Japanese folk tales. A fisherman, Urashima, is transported to a magic palace as the guest of Princess Otohime. After several days he returns to his village, only to find that hundreds of years have passed. On his leaving the palace the princess had given Urashima a mysterious box, which she had told him to keep closed. Forgetting her instructions, he opens the box and is immediately transformed into an old man.

From each of the four sides of the Princess’s palace there was a magical view of one of the seasons: from the north side, winter; from the east, spring; from the south, summer; and from the west autumn.

Excerpt from The Tale of Urashima Taro (in Classical Japanese), read by Izumi Tytler

Excerpt from The Tale of Urashima Taro (in English), read by Gian-Piero Persiani