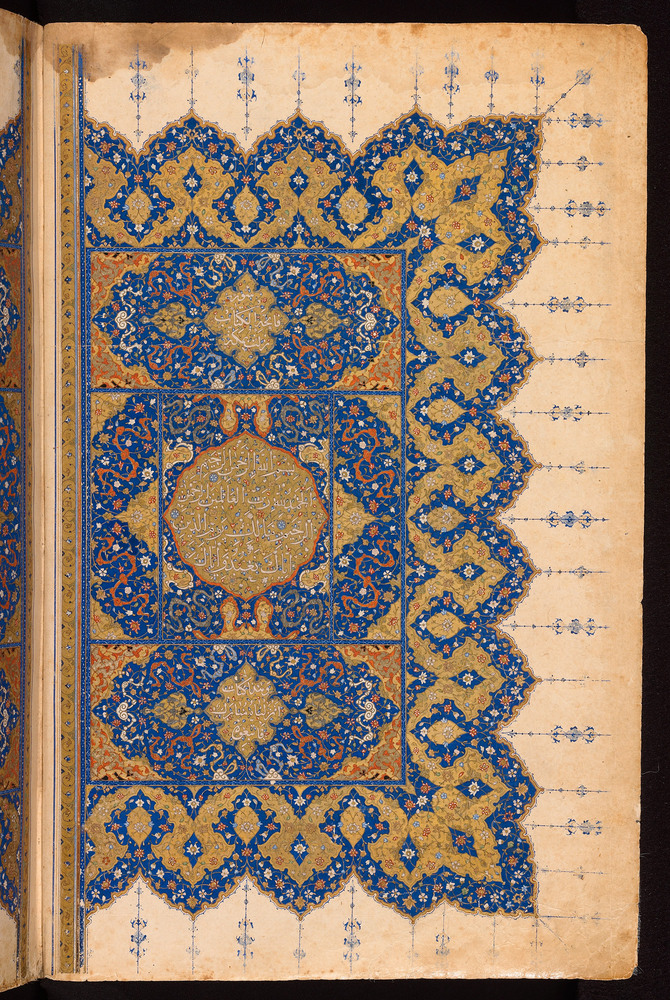 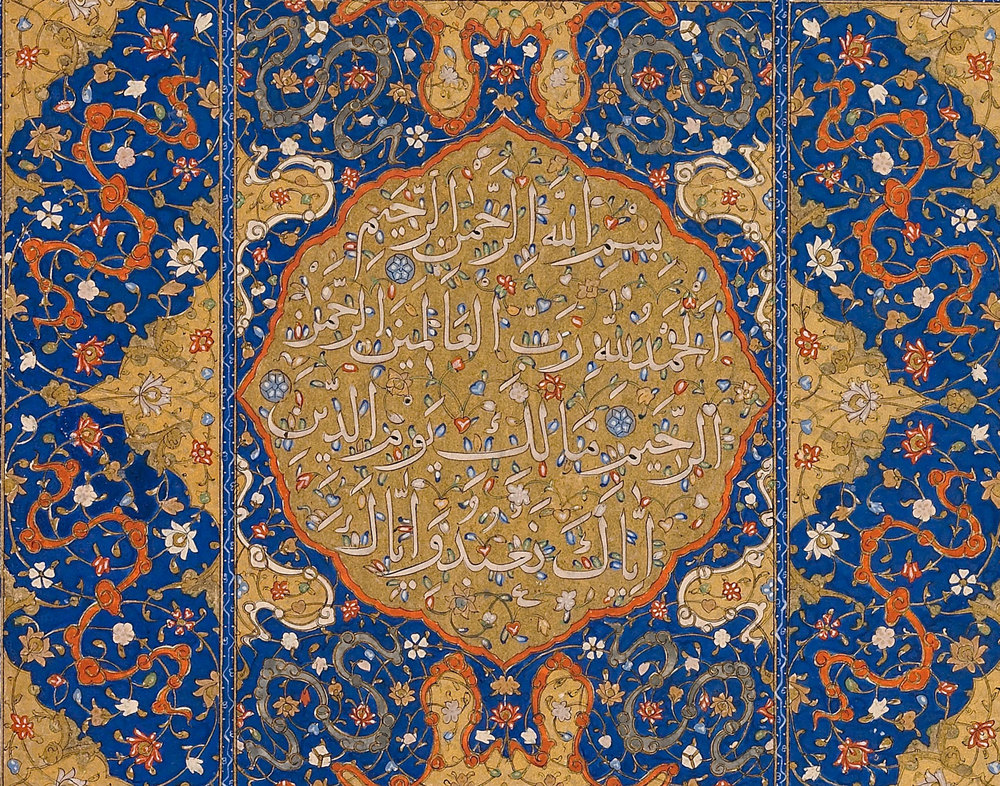 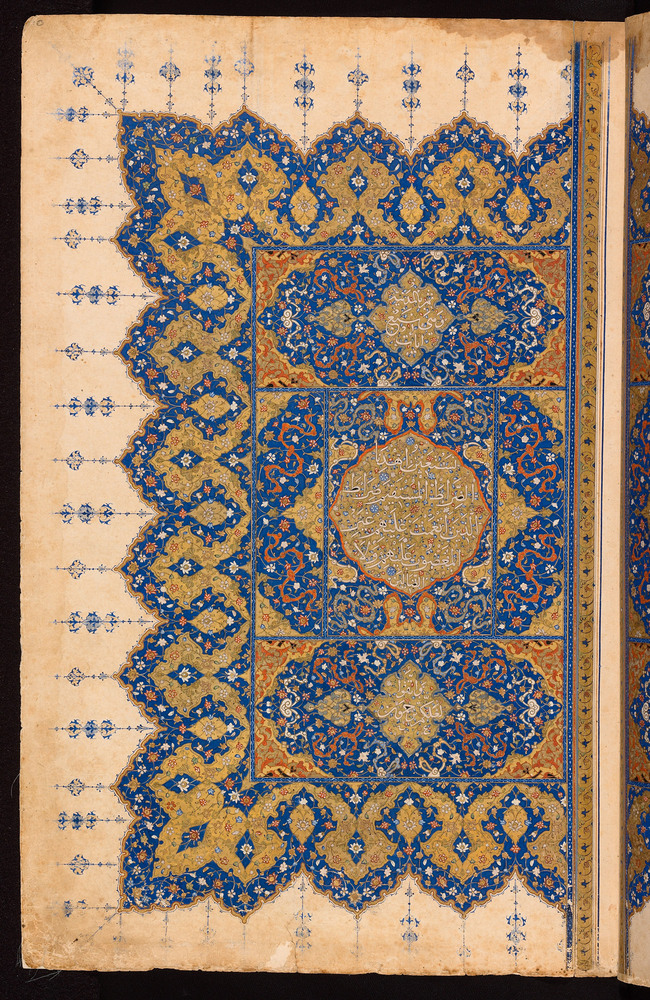 A copy of the Qur’an

This beautifully decorated copy of the Qur’an belonged to Tipu Sultan, the eighteenth-century ruler of the Islamic Kingdom of Mysore. After Tipu’s defeat at the hands of the British in 1799, the East India Company sold off his possessions except for his library of around 2,000 books. These the company kept, barring a few books which they gave the Bodleian, Cambridge University Library and the Royal Asiatic Society.

The manuscript is open at the highly adorned ‘carpet pages’. Written in the centre of the decoration is the first chapter of the Qur’an, which is recited in every Muslim daily prayer. Above are two sarlawhs, reading: ‘This is the opening chapter of the Book which was revealed at both Mecca and Medina. It consists of seven verses.’