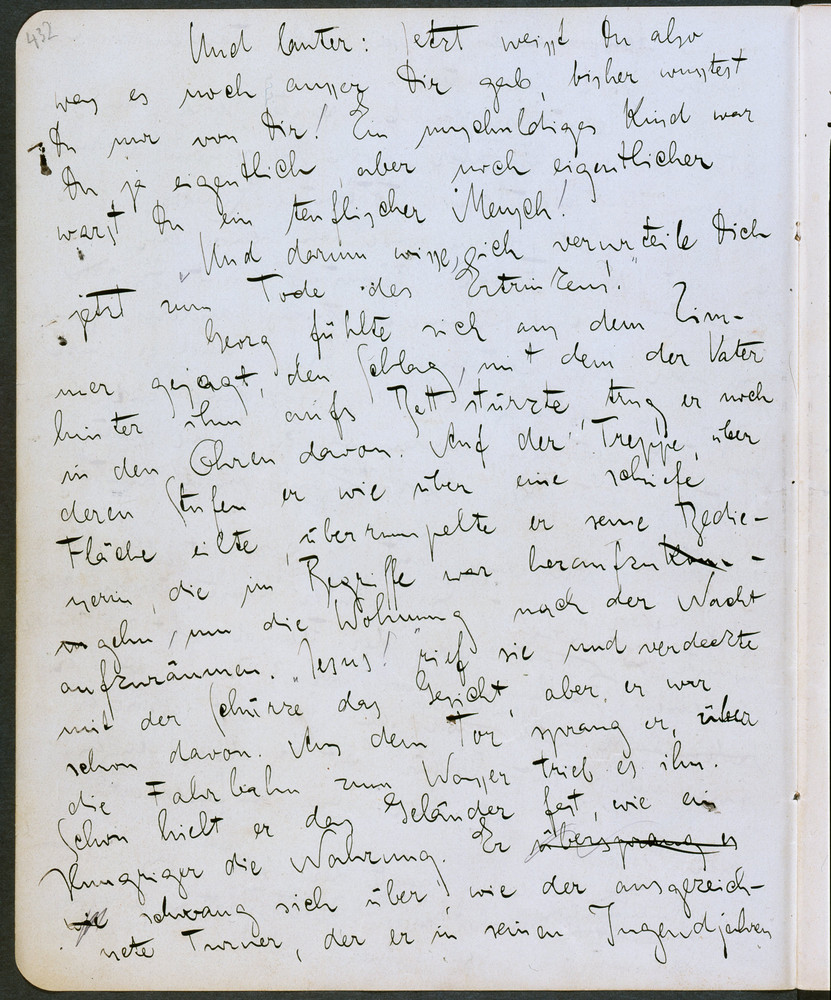 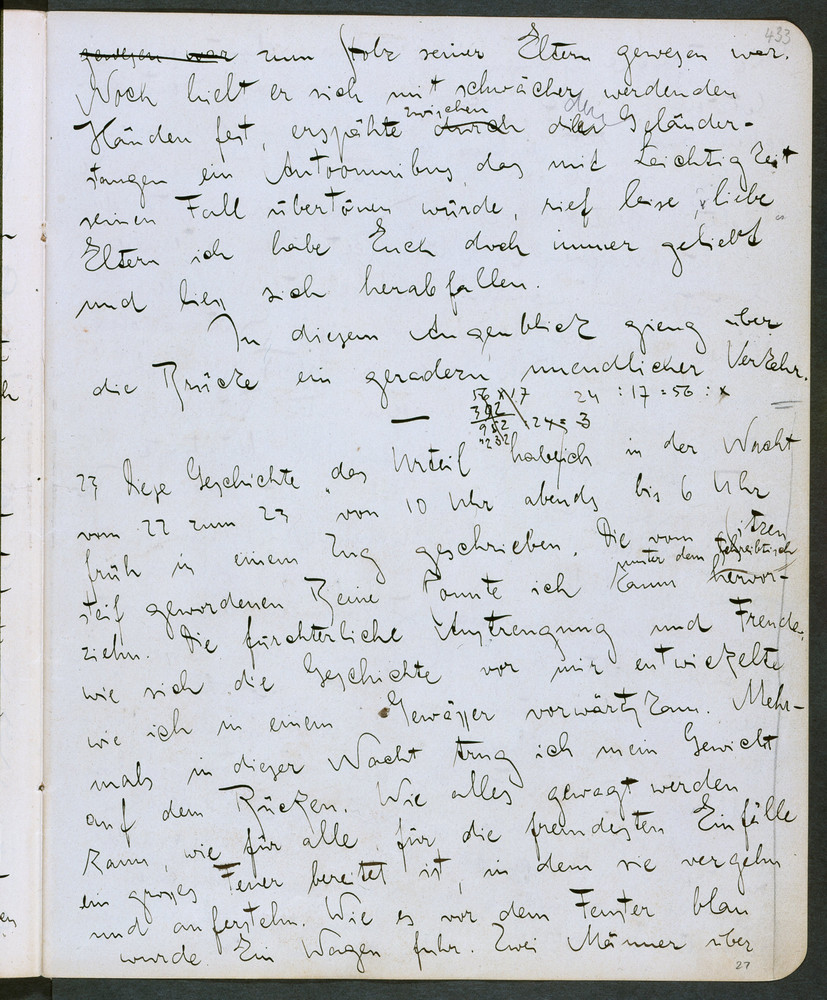 These notebook pages are a witness to the moment when a great writer found his true voice. Kafka wrote Das Urteil in one sitting, between ten o’clock at night and six in the morning. Shown here is the close of the story, by which time the humdrum tone of its opening had changed inexplicably into the strange and expressionistic. At the foot of the right-hand page Kafka has written a diary entry: ‘the fearful strain and joy, how the story developed before me, as if I were advancing over water … Only in this way can writing be done, only with such coherence, with such a complete opening out of the body and soul.’

Kafka then dashed off a note to his superior at work: ‘Dear supervisor! I suffered a little fainting spell this morning and have a slight fever. For that reason I am staying at home.’

Excerpt from Kafka’s The Judgement (in German), read by Reinier van Straten

Excerpt from Kafka’s The Judgement (in English), read by Reinier van Straten