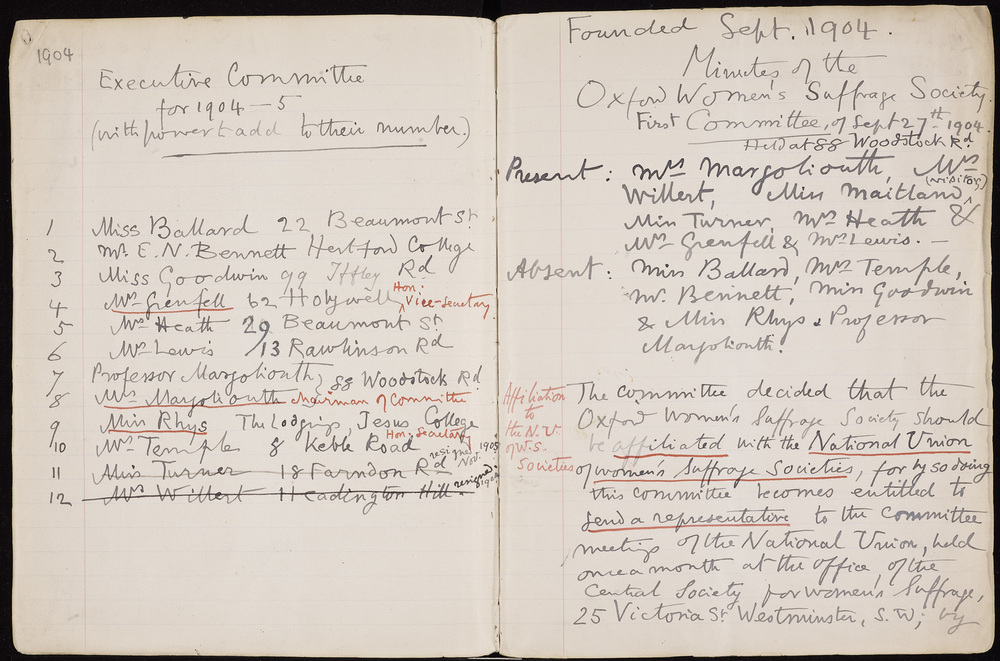 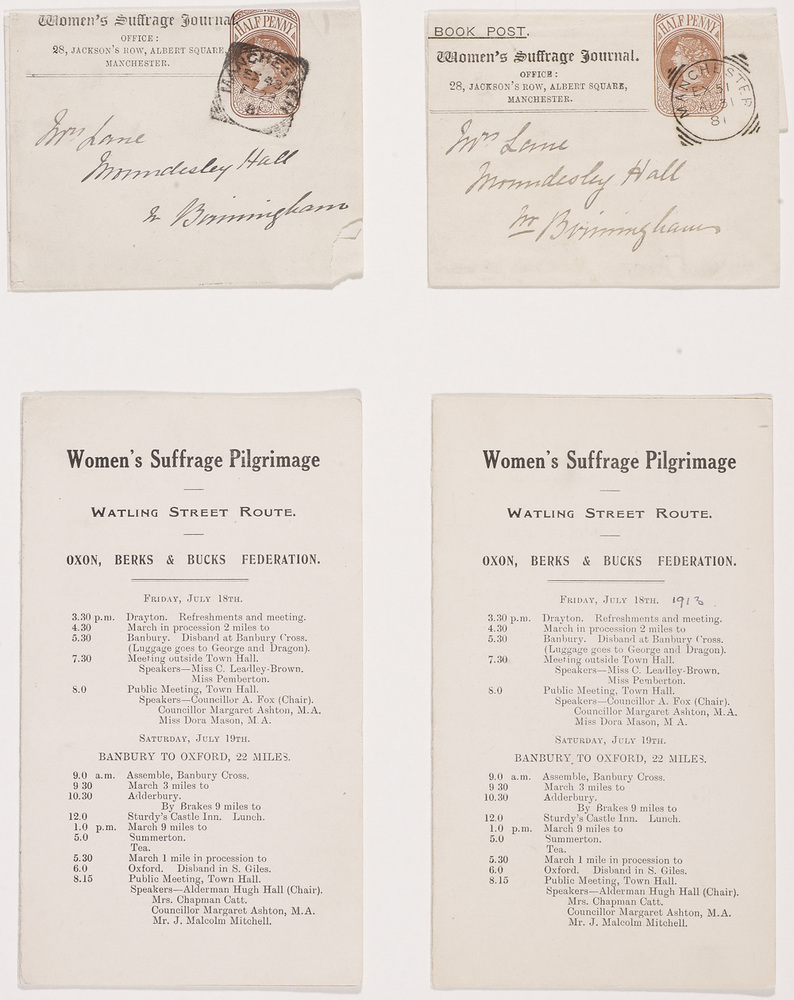 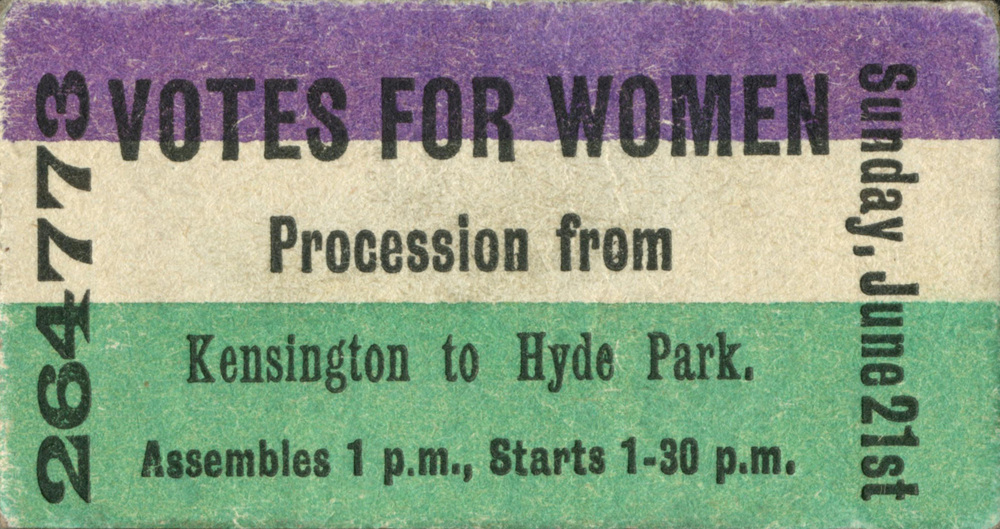 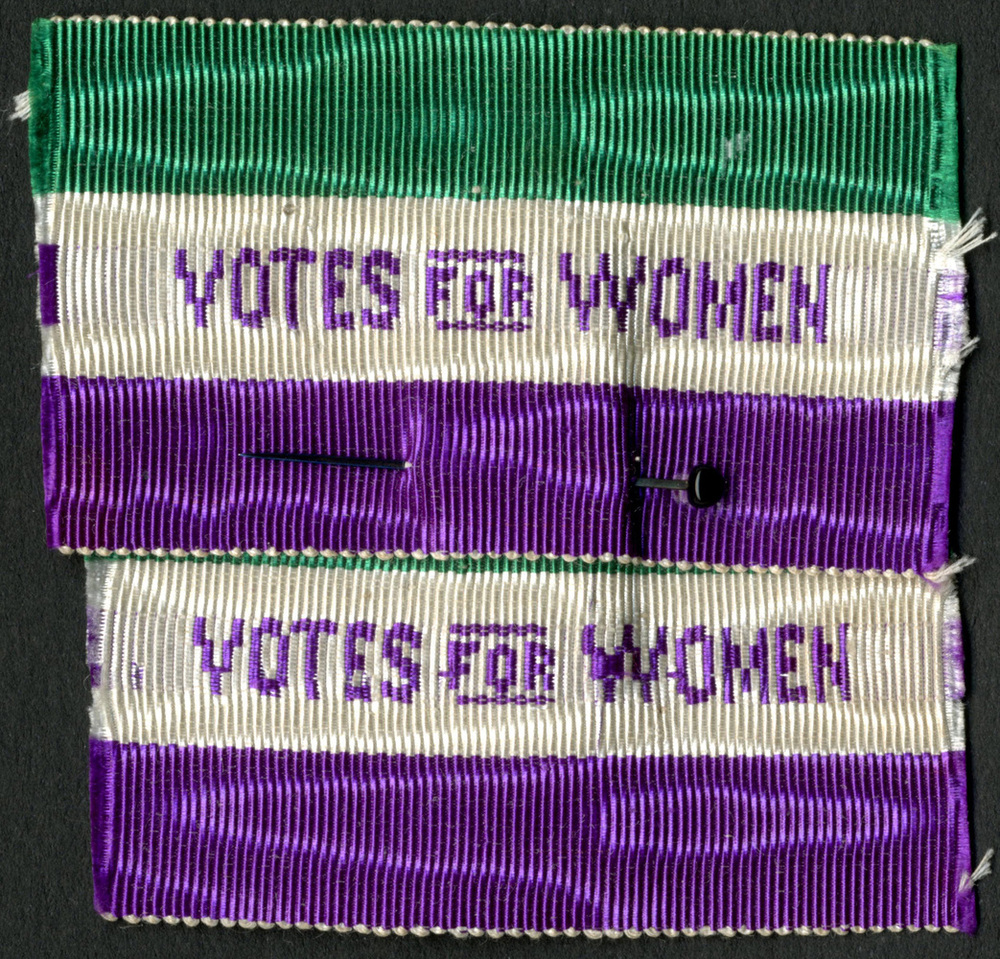 Suffrage activists were often described as ‘suffragettes’ if they adopted militant tactics, and ‘suffragists’ if they were non-militant or constitutional. In reality, the borders between them were quite blurred as many women joined a number of organizations and individual definitions of militancy varied. Suffragettes adopted the colours purple (for dignity), white (for purity) and green (for hope). Other organizations used a variety of other colours, most famously red, green and white for the National Union of Women’s Suffrage Societies, but purple, green and white have become synonymous with the broader movement.

Suffrage activism of all kinds took place in major cities as well as in smaller villages and towns throughout the United Kingdom. Many cities each hosted several suffrage organizations: those at Oxford included the Oxford Women’s Suffrage Society. Representatives of this society were among the thousands of supporters who travelled to London for Women’s Sunday, the first mass rally organised by the Women’s Social and Political Union, in June 1908. They joined close to a quarter of a million marchers in the capital. Other mass demonstrations included the Pilgrimage in 1913, organised by the non-militant National Union of Women’s Suffrage societies. This too involved the Oxford societies which participated in the mass march to London from cities across the country. All such activism depended on time-consuming and meticulous organization, done initially by volunteers, but increasingly by paid organizers across the country.