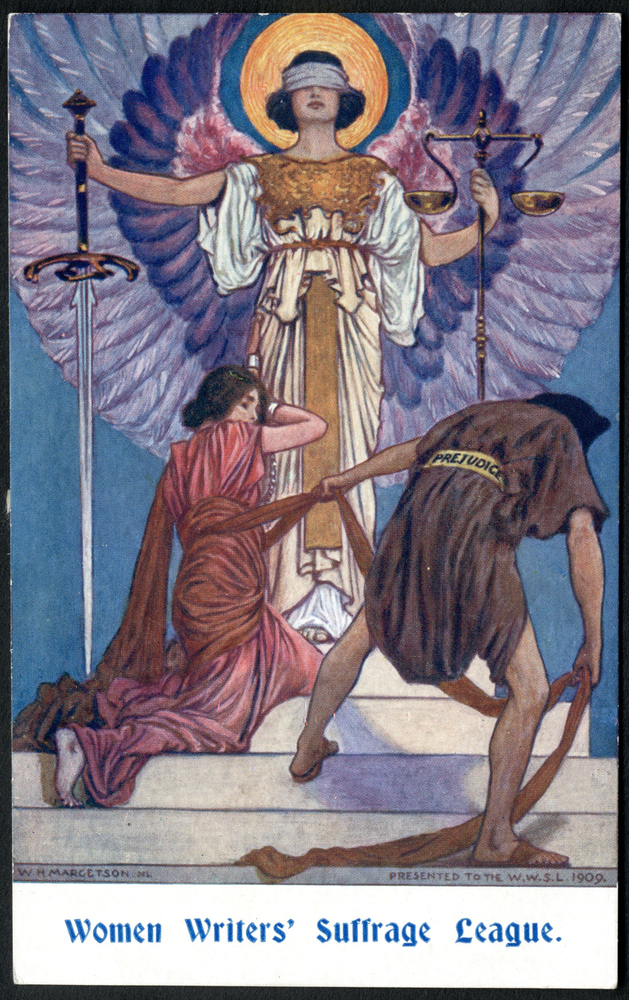 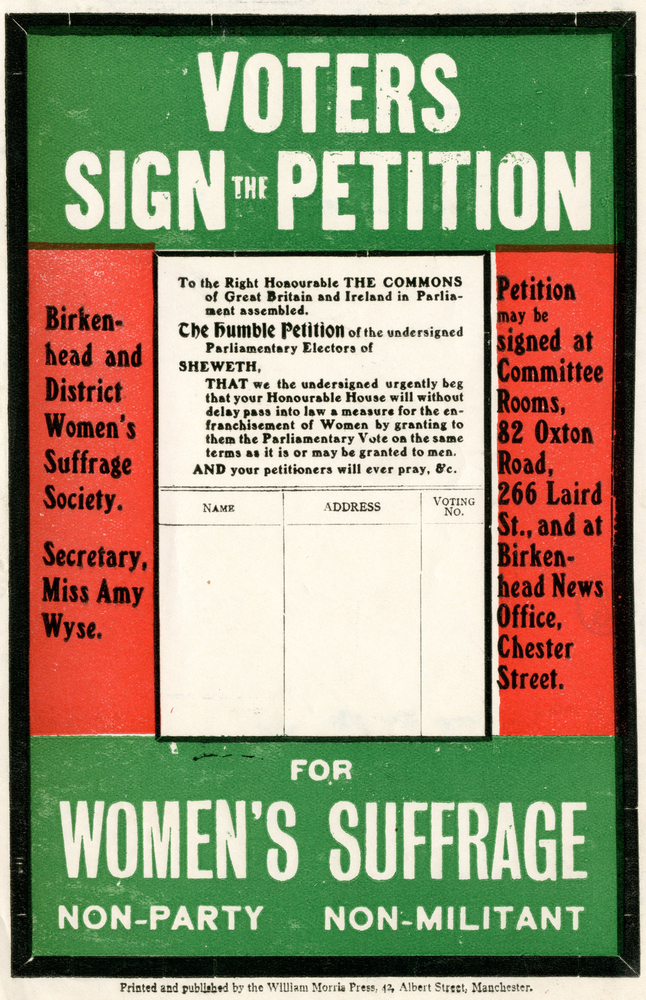 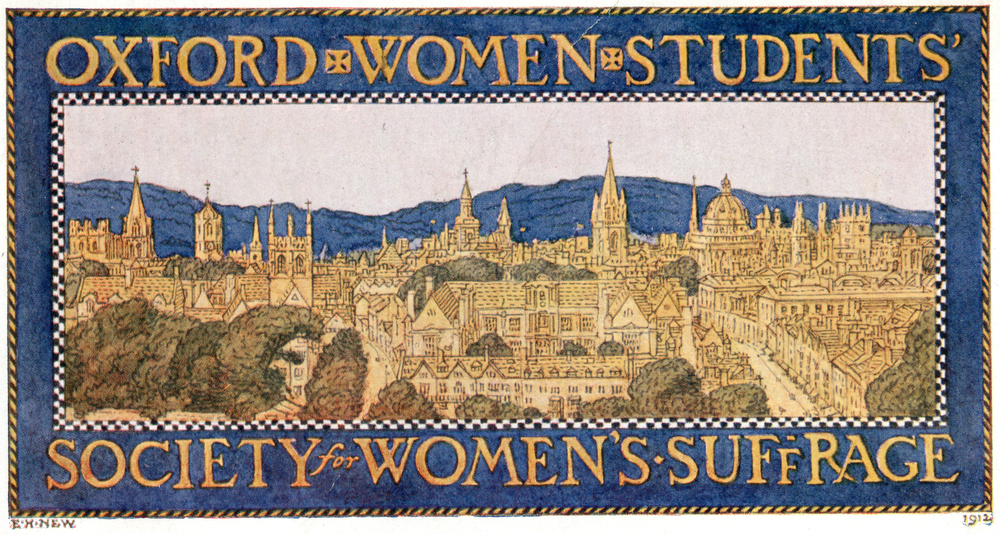 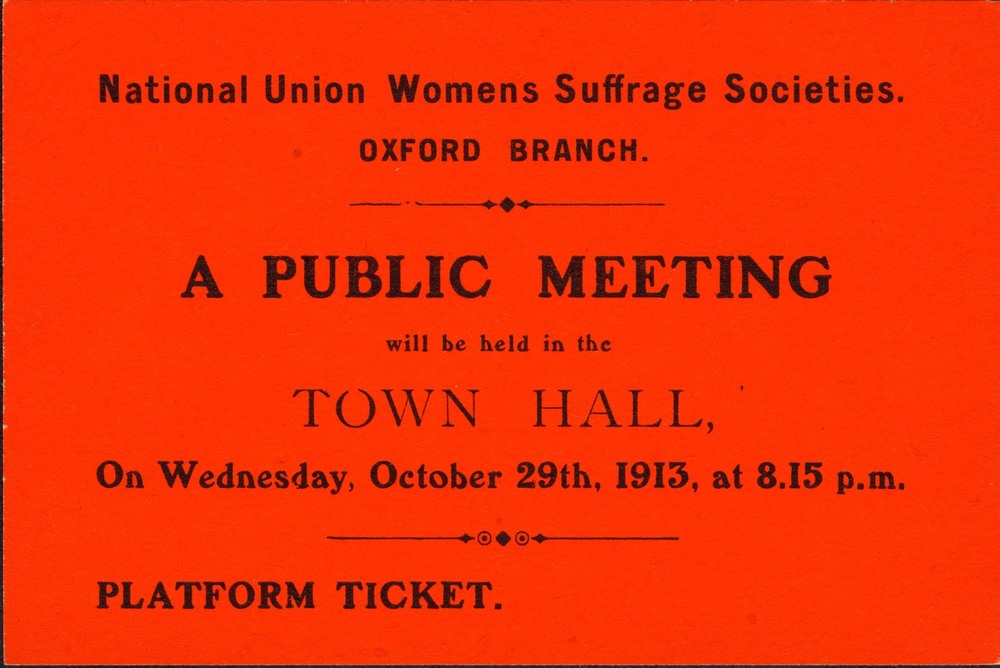 Local and sectional suffrage societies adopted a number of strategies to draw attention to their cause and to convince others to join them. Some associations were organized around particular occupations, such as the Women Writers’ Suffrage League, represented in this postcard. Other organizations, such as the Oxford Women Students’ Society for Suffrage represented students from the women’s colleges in the University of Oxford, and were women only. The postcard here is a reproduction of the society’s banner, a representation of the city’s dreaming spires inspired by the Arts and Crafts movement. Like the Oxford society, the Birkenhead and District Women’s Suffrage Society was affiliated to the National Union of Women’s Suffrage Societies, evident in this postcard’s use of green, white and red. This petition was aimed at male parliamentary voters whose support, it was hoped, could contribute to the pressure on parliament to enfranchise women.