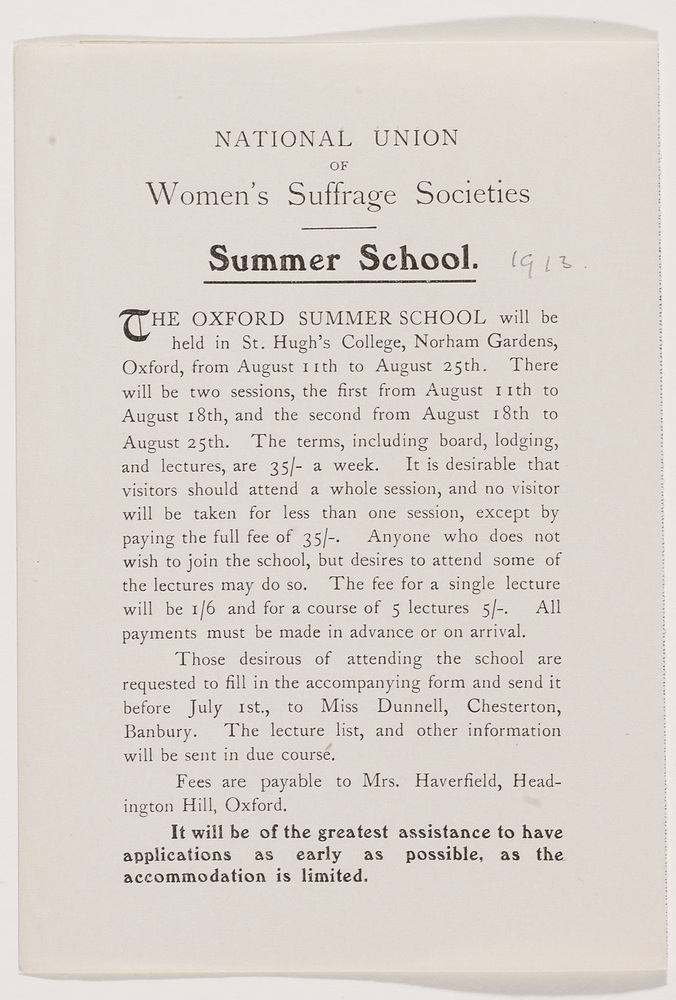 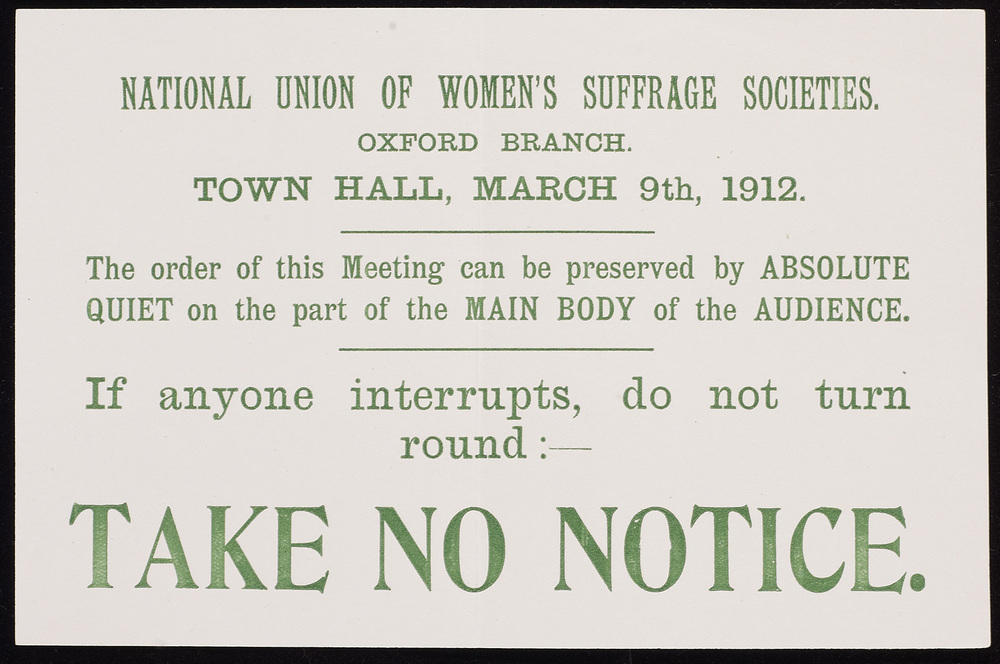 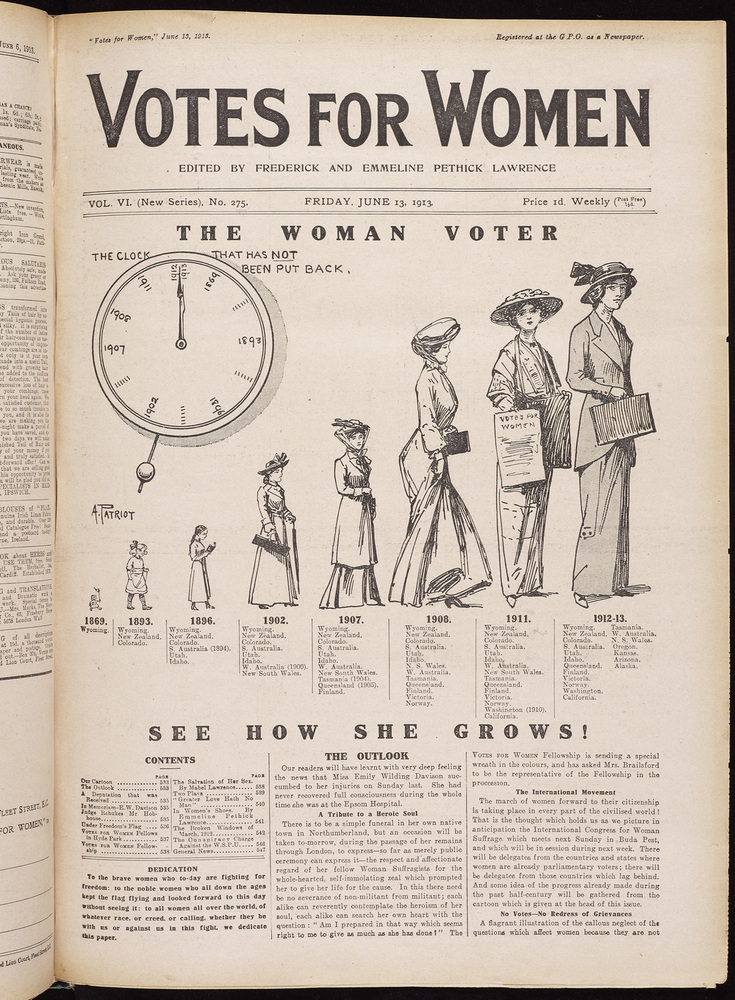 Educating the public in the facts and justice of the women’s cause was a key aspect of suffrage activism. Suffragists argued that the enfranchisement of women was a sign of national progress rather than the threat to civilisation that some opponents claimed it would be. Providing ongoing education for suffragists themselves was also vital, especially as new techniques developed over the campaign and women were encouraged to participate in different forms of campaigning. Suffragists could meet and hear from expert activists as well as receiving training in practical skills, such as public speaking, in suffrage summer schools. Activists were often issued with advice about how to behave at public meetings and rallies, especially when trouble was anticipated.