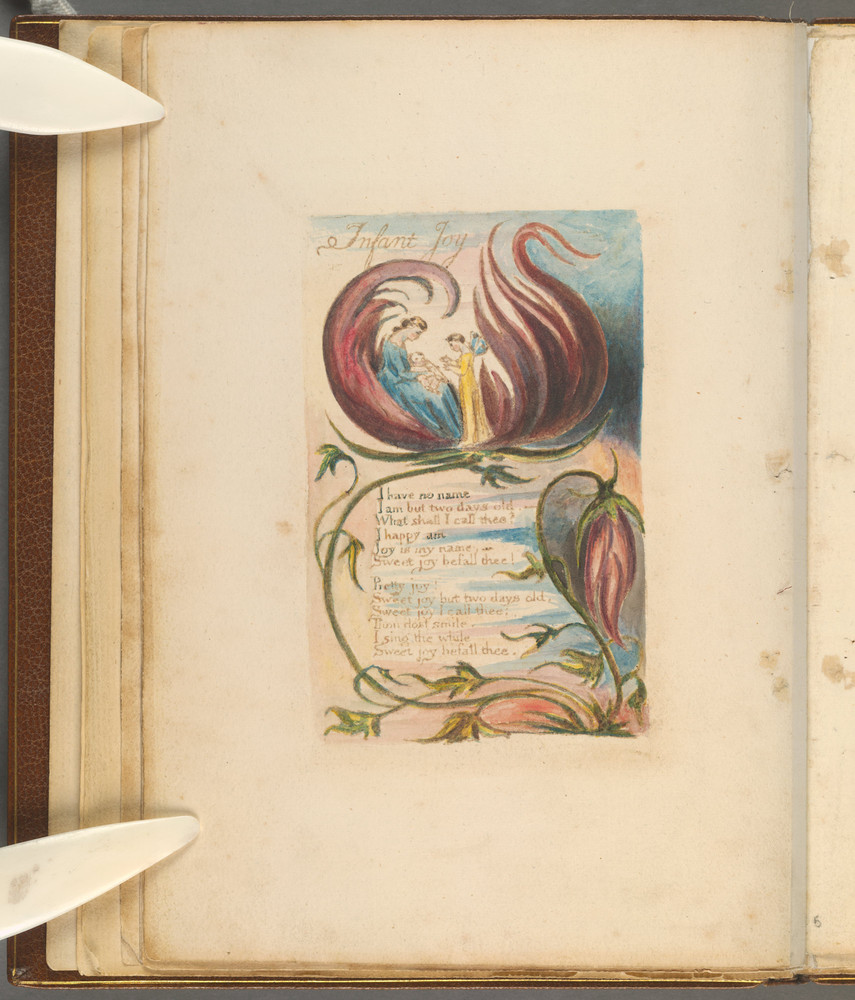 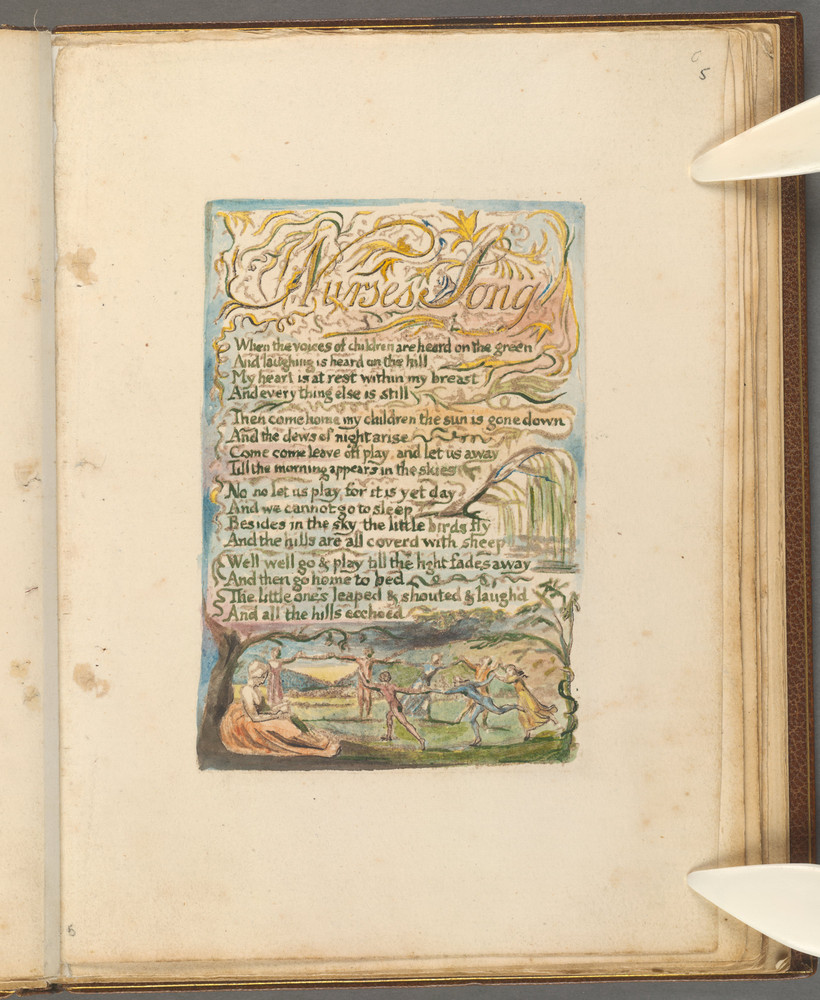 In contrast to the other objects in the Literature and Music theme, this book is physically the work of one man. Save for the paper-making and binding, Blake did everything: the writing, the illustration and the printing. Only in this way, he believed, could he retain artistic control and escape the tyranny of the publisher (‘Even Milton and Shakespeare could not publish their own works’, he wrote). Blake announced his unique method of ‘illuminated printing’ in a 1793 Prospectus. He had, he said, the ‘means to propagate…the Labours of the Artist, the Poet, the Musician’ thanks to a ‘method of Printing both Letter-press and Engraving in a style more ornamental, uniform, and grand, than any before discovered’.