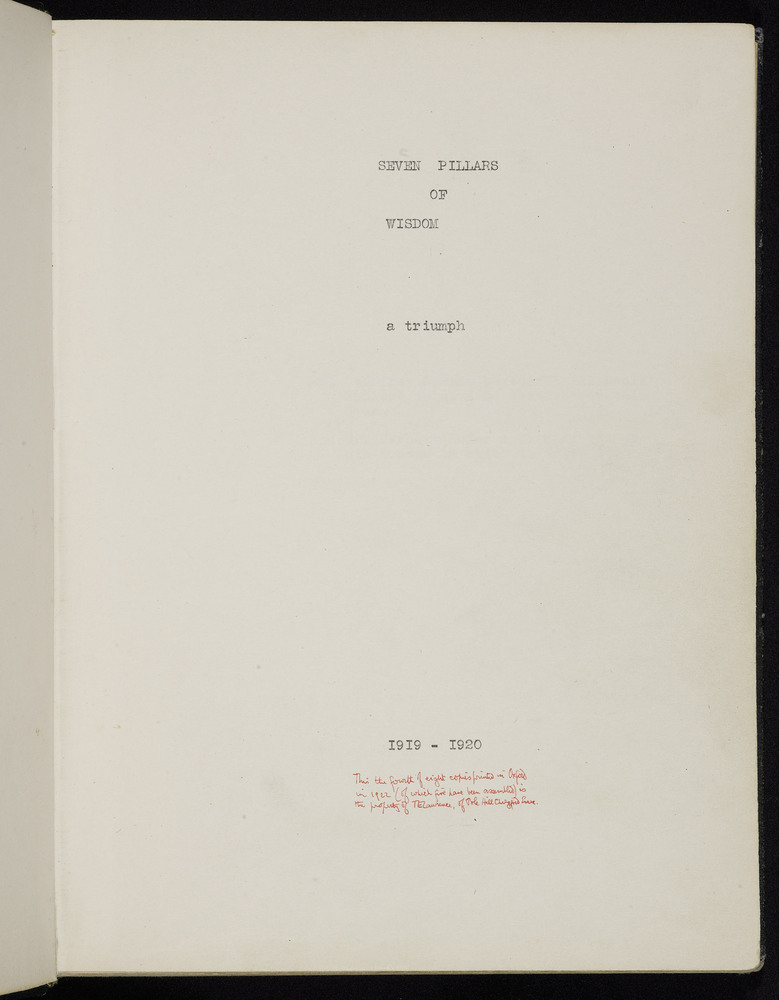 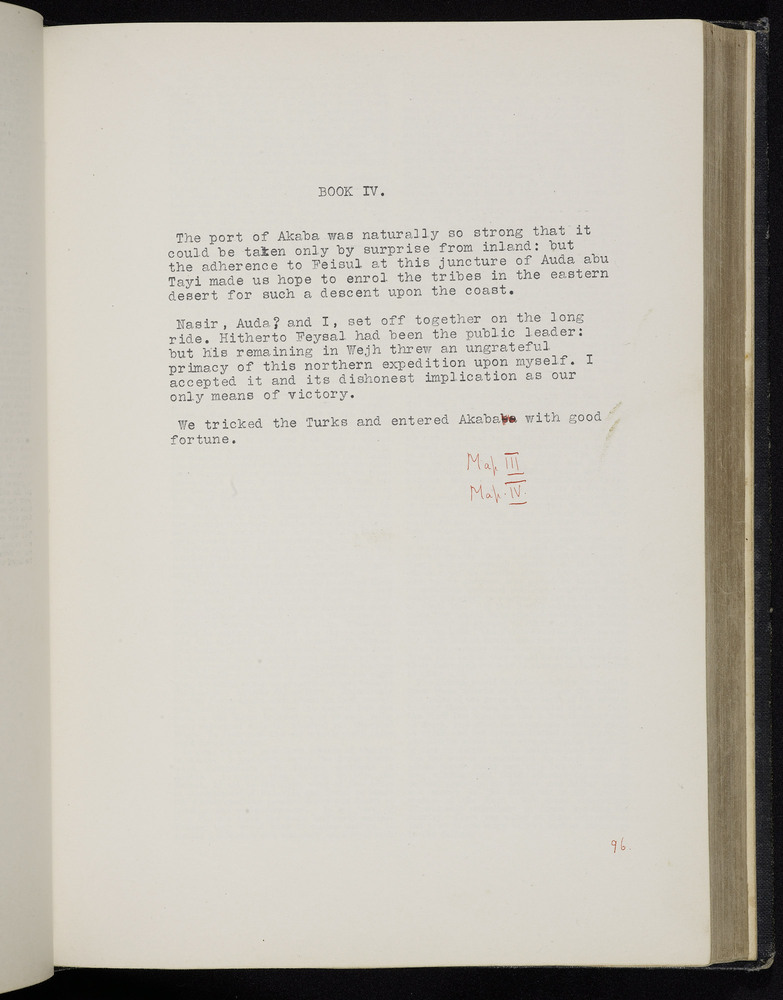 Lawrence’s celebrated work, recounting his wartime adventures in Arabia, has a remarkable publishing history. In 1919 Lawrence mislaid most of the original fair draft of around 250,000 words at Reading Station, and it was never recovered. Working from memory, Lawrence composed a second, 400,000 word draft in just three months. By February 1922 he had revised this into a polished version of 335,000 words, and had eight copies typeset and printed on the presses of the Oxford Times. This is one of those very rare private editions. Its version of the text was not publicly available until 1997, when the copyright expired.