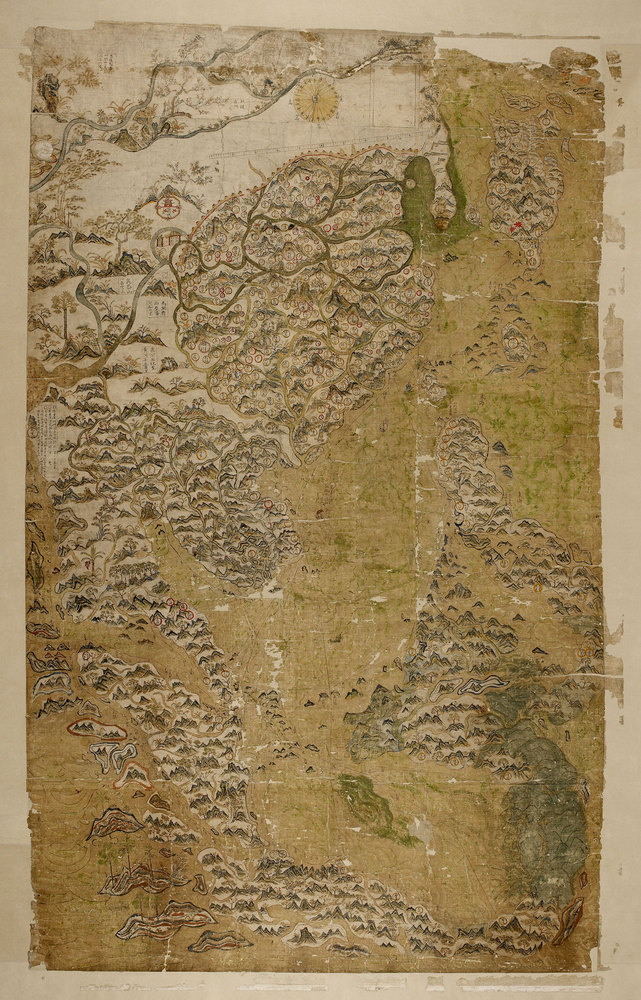 The Selden Map of China 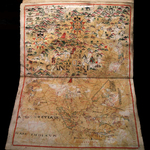 This Treasure is paired with: Portolan chart (Maps of Asia)

This remarkable watercolour map came to the Bodleian in 1659 from the executors of John Selden, the London lawyer and historical and linguistic scholar. It has recently benefited from extensive conservation work and new research. Dating from the late Ming period, it shows China, Korea, Japan, the Philippines, Indonesia, Southeast Asia and part of India. The map shows shipping routes with compass bearings from the port of Quanzhou across the entire region. A panel of text on the left of the map near Calicut, its western extremity, gives directions of the routes to Aden, Oman, and the Strait of Hormuz. This is the earliest Chinese map not only to show shipping routes, but also to depict China as part of a greater East and Southeast Asia, and not the centre of the known world.

The map was one of the earliest Chinese maps to reach Europe, and came to the Bodleian from the collection of the lawyer John Selden (1584–1654). Selden’s interest in the map lay perhaps in his work on international law regarding the sea. He could not read Chinese, but showed great foresight in gathering documents in the knowledge that future generations would be able to study them.