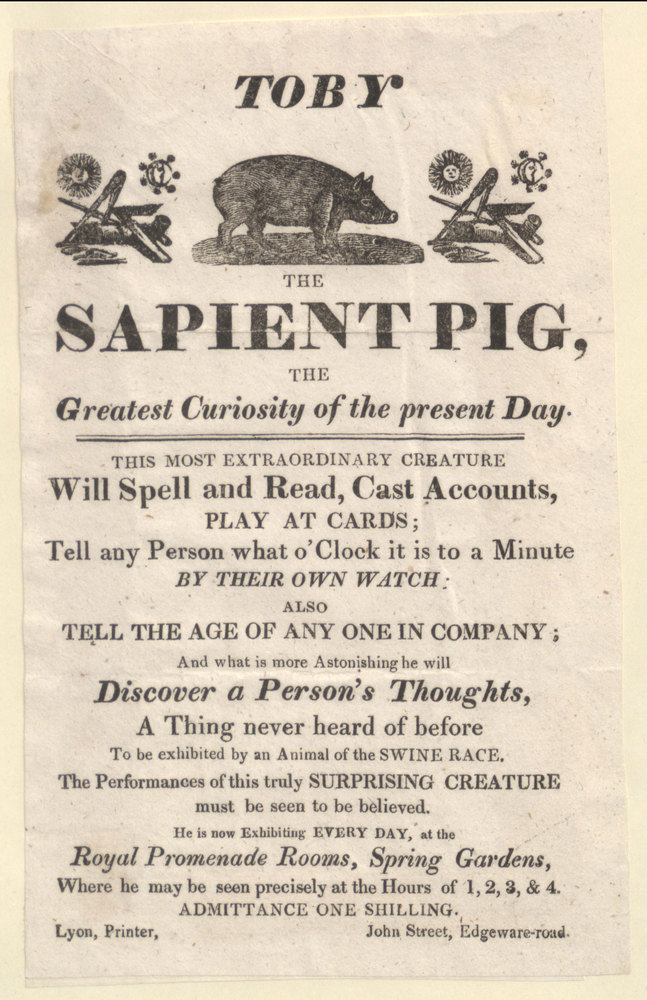 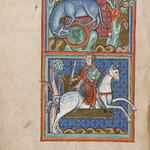 This Treasure is paired with: An illuminated bestiary (A fascination with beasts)

Toby took London by storm in 1817. His trainer, former magician Nicholas Hoare, penned the pig’s autobiography to sell for a shilling at his shows: ‘By the time I was four months old, I could read tolerably well’. Toby performed his tricks several times a day, and toured the provinces and possibly France. His fame was waning by 1823, when he was billed with a mermaid, but performing pigs named Toby remained popular at country fairs.