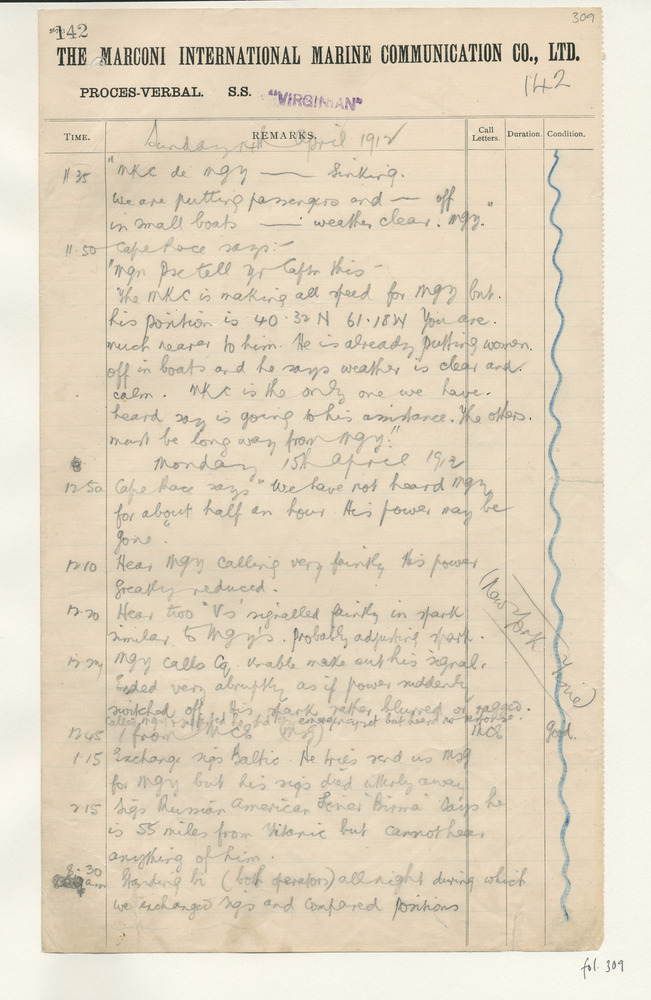 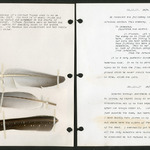 This Treasure is paired with: Meinertzhagen’s diary (Morse code)

The Marconi Archives include a considerable quantity of documents relating to wireless communications during the Titanic disaster. Wireless telegraphy was still relatively new at this time and its use was key to alerting other ships to the Titanic’s predicament and to the rescue of survivors by the Carpathia.

Procès-verbaux are logs of wireless traffic handled by the radio operators on duty, giving brief details of messages received and sent. At 12.27am New York time, the Virginian recorded the last known signals from the sinking Titanic. The Virginian was too far away to assist in the rescue; however its procès-verbal, usually a summary of wireless messages but in this case whole messages, adds to the picture of the final moments of the Titanic. Messages sent via wireless telegraphy used Morse code, and for brevity the Titanic was represented by ‘MGY’, the Virginian ‘MGN’, and the Olympic ‘MKC’. After a gap in communications, the operator was able to recognise two ‘Vs’ sent with a spark like the Titanic operator’s, then a faint ‘CQ’ call before power appeared to be abruptly cut off. This probably marks the final loss of power to the wireless equipment on the stricken ship.