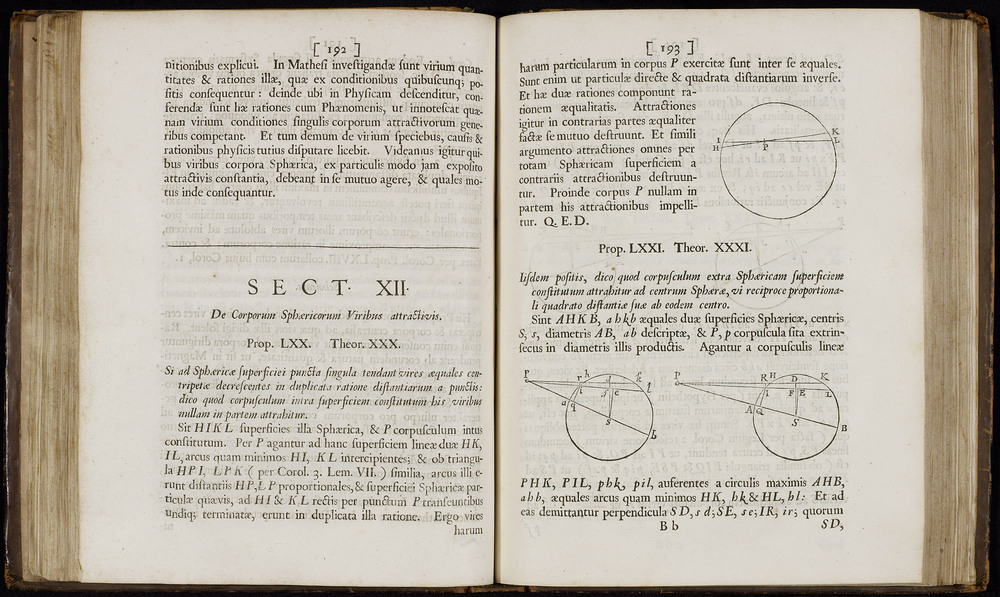 Newton began work on the Principia in 1684, after promising to provide his fellow scientist, Edmond Halley, with mathematical proof that an inverse square law of gravity required the planets to follow elliptical orbits. On its publication three years later, it provided the foundation for the whole of physics, from the inverse square law to the three universal laws of motion. Much of the work had in fact been done in the plague year, 1666, when Newton was only twenty-four: ‘in those days I was in the prime of my age for invention & minded Mathematicks & Philosophy more than at any time since’, he later wrote.

It is open here at Book 1, Proposition 11, where Newton proves that an elliptical orbit implies an inverse square law.