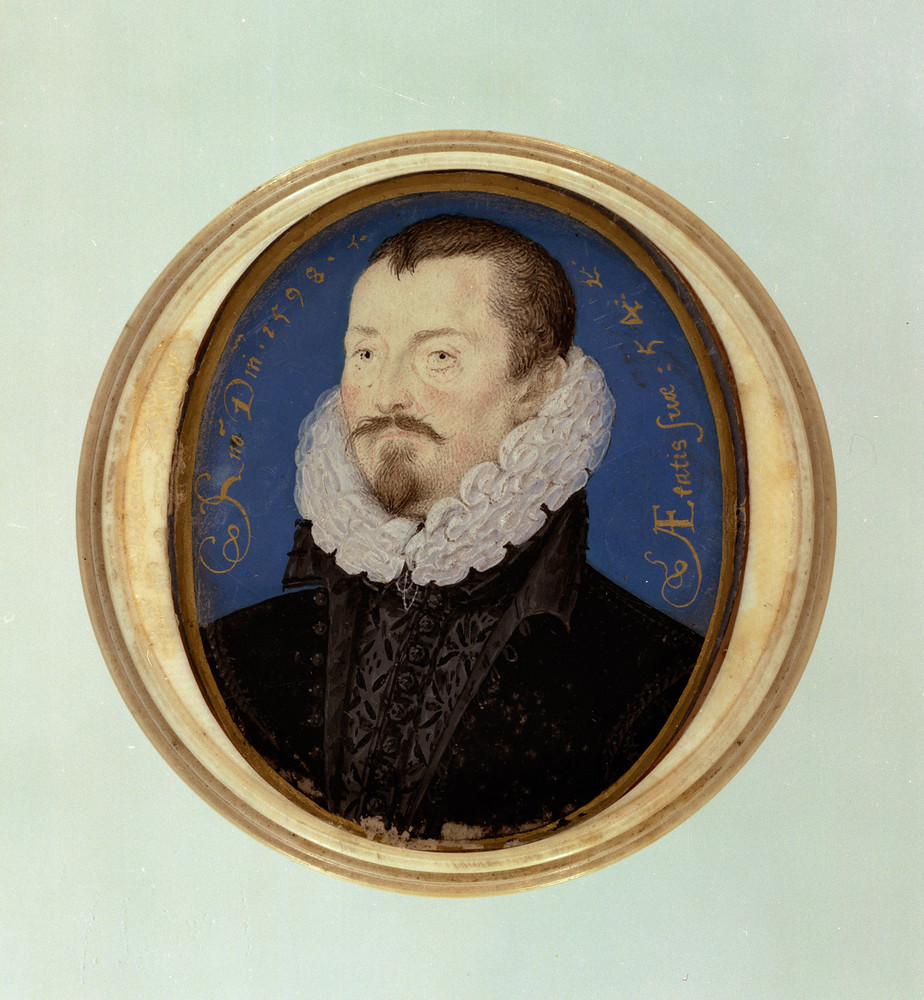 'Marvellous watermelons' and trees bearing humans on legendary islands in the Indian Ocean are curiosities presented here from the edges of the known world. This manuscript also contains unique maps including these of the Tigris and Oxus rivers. It is a 12th- or 13th-century copy of an anonymous work compiled in Egypt in the 11th century. Until it came to the Bodleian in 2002, the importance of this scientific, astronomical and cartographic text was unrecognized. Further resources View the
Previous Next

The Bodleian Library is named after Sir Thomas Bodley. This exquisite miniature by Nicholas Hilliard was painted in 1598 when he was 54 years old. That year, after retiring from the diplomatic service, Bodley offered to restore the university library: ‘I concluded at the last to set up my Staffe at the Librarie-dore in Oxon; being throwghly perswaded, that in my solitude and surcease from the Commonwealth affayers, I coulde not busie my selfe to better purpose, then by redusing the place (which then in every part laye ruined and wast) to the publique use of Students’.