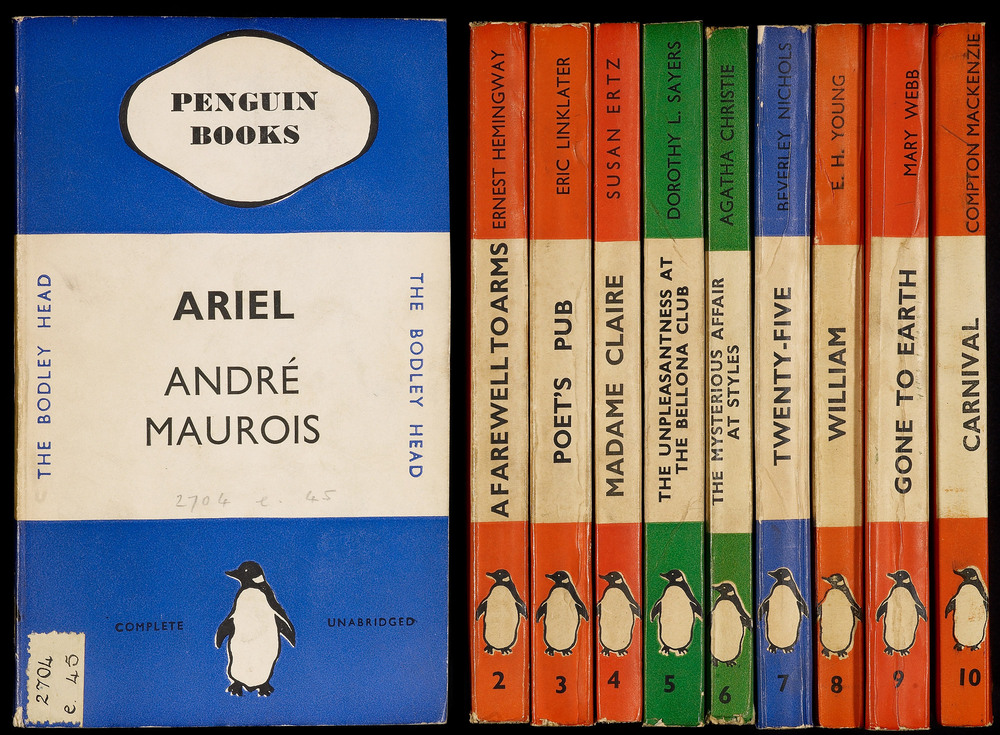 The first ten Penguin books were published on the Tuesday before the August Bank Holiday of 1935. No. 1 was Ariel – A Shelley Romance by André Maurois. It is displayed here alongside the other nine titles. They all sold rapidly, and soon had to be reissued. The affordable price, and the paper covers, started a revolution in publishing, but they were not designed as throw-away items. Great care was taken in their production, and the uniform, colour-coded jackets encouraged readers to collect them.

The early Penguin books were published from within another imprint, The Bodley Head, which had been named after a bust of Sir Thomas Bodley, founder of the Bodleian Library.