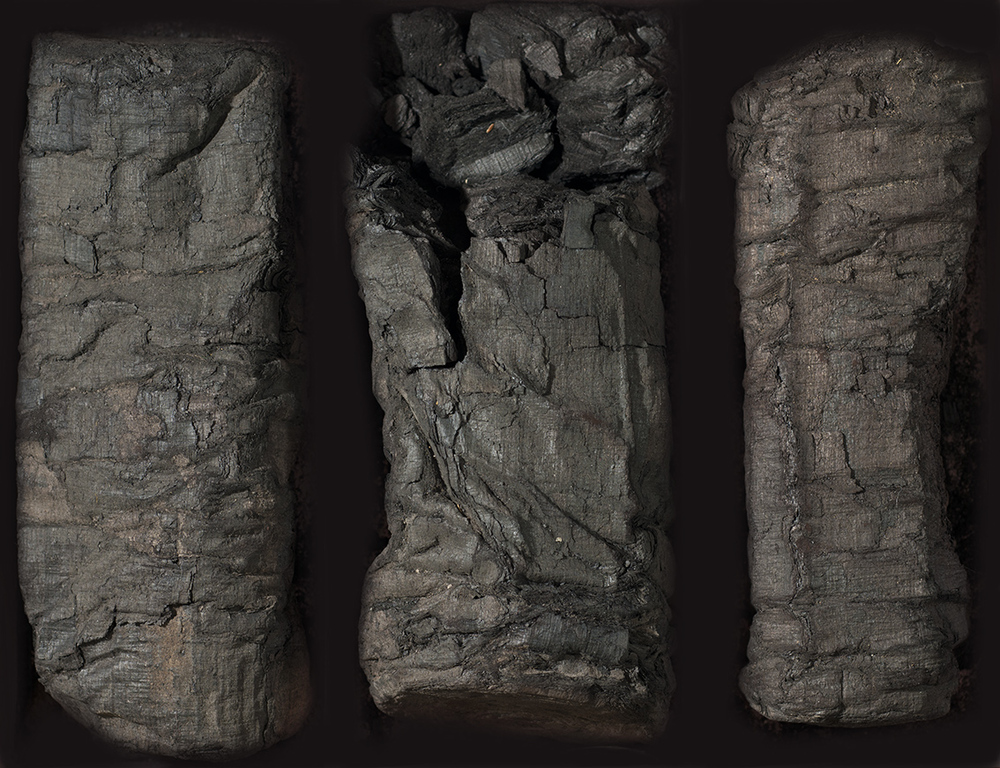 These rolls were carbonized and then preserved by volcanic material from the eruption of Mount Vesuvius in AD 79. They formed part of a substantial library of around 2,000 scrolls, many concerning Epicurean philosophy, which had belonged to a well-to-do resident of Herculaneum. The ‘Villa of the Papyri’ was discovered by excavators in 1752, and the Prince of Wales (the future George IV) was among those who later encouraged the unrolling and transcription of some of the rolls. This sponsorship was rewarded with the gift of eighteen charred and unopened rolls, four of which the Prince gave to Oxford University. One was subsequently unrolled in Naples in 1883, and digital imaging techniques are now serving to render it partially readable. These three remain as found and await the technology which will enable their unrolling and deciphering.