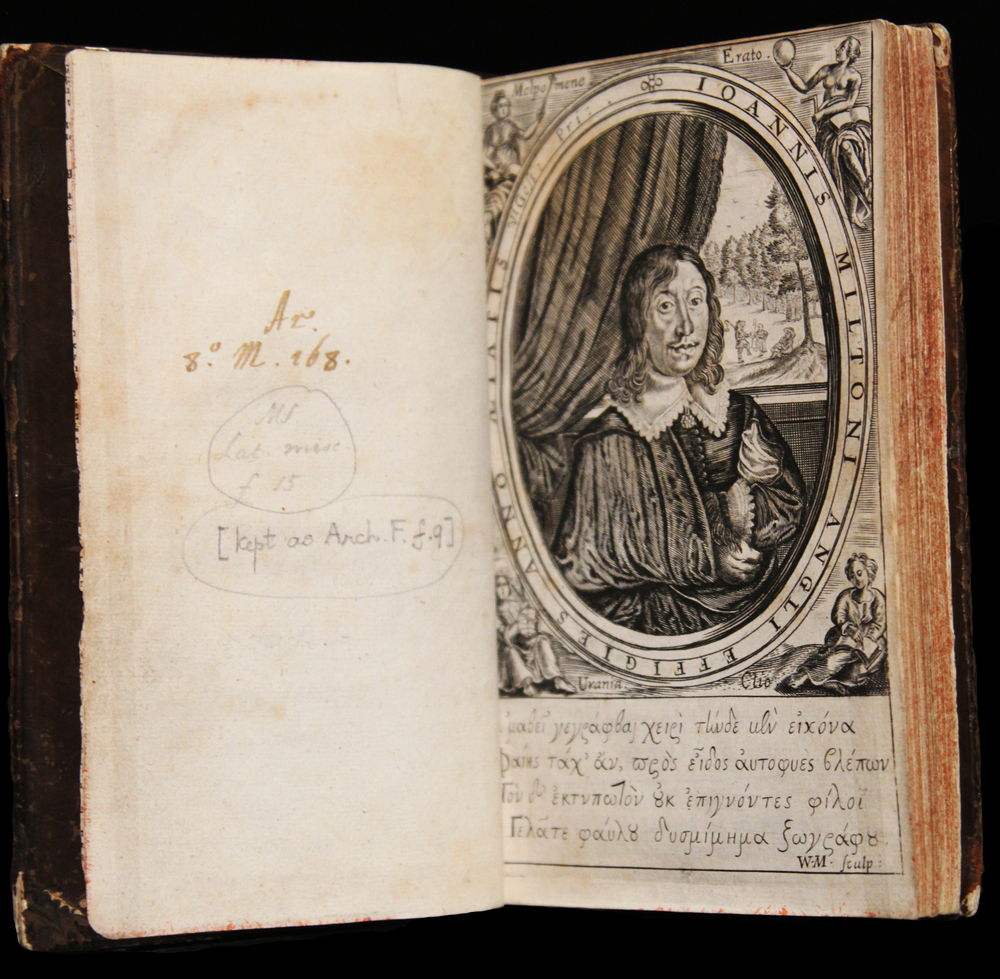 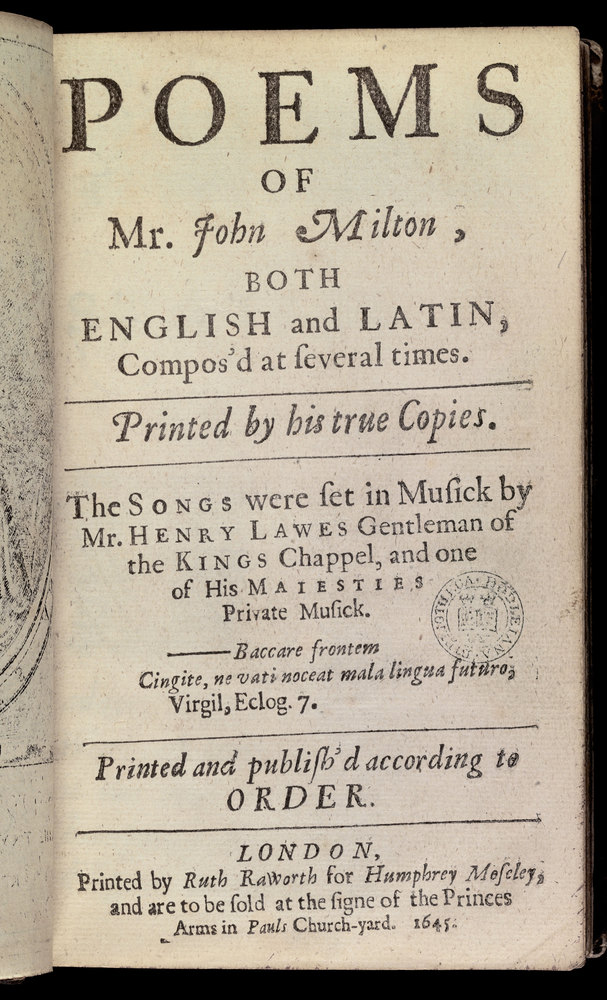 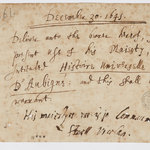 This Treasure is paired with: Charles I’s request (No lending)

Milton sent this copy of his poems to the Bodleian in 1646, with a handwritten Latin ode to the Librarian John Rouse. Books, Milton says, are nobler treasures than gold, and he hopes for a secure future for his works in the library’s ‘sacred inner chambers’. The library later retained Milton’s books when the king and Parliament in 1660 and 1683 requested the burning of his works for their republican and subversive views.

Rejoice for Rouse to whom
you have been sent and from whom you may expect
the care he gives to the very finest
monuments of all mankind. For you to be
among his treasures is gratifying indeed.
He asked that you be sent to him,
to fulfill a promise I made and to fill a gap
in his library’s extensive holdings.
You will take a proud place
in the sacred inner chamber
where he himself presides,
the faithful guardian of all our immortal treasures,
worth more than the golden tripods
Ion held at ancient Delphi.

Therefore you shall go to the pleasant
groves where the Muses dwell,
the divine abode of Phoebus Apollo where
he has settled himself in the vale of Oxford.
He prefers it now to Delos
and the twin peaks of Parnassus.
An honor to go there,
and a greater honor for you to have been invited
by my so propitious, so discerning friend.
There you shall take our place among the best
authors who have been the bright lights
and the glory of the Greek and Roman peoples.