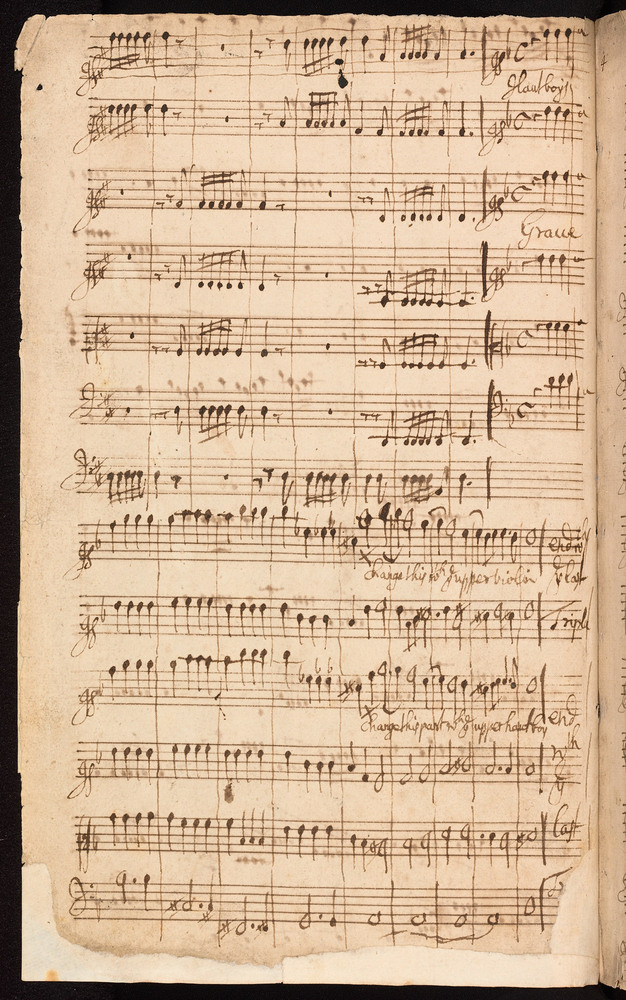 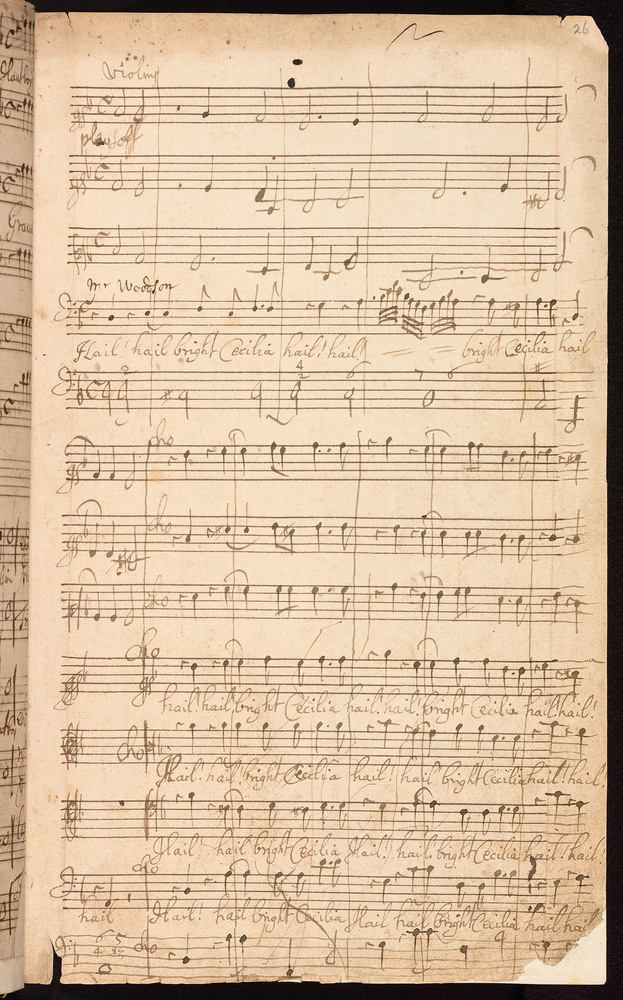 Annual London celebrations in honour of the patron saint of music on her name day, 22 November, were instituted in 1683, and included the performance of an ode in praise of music. Purcell composed at least twice for the occasion, and his 1692 work, ‘Hail, bright Cecilia’, to words by Nicholas Brady extolling the virtues of instruments and voices, is one of his grandest and finest works. The composer’s characteristically rather rough working score arrived in the Library in 1801 with the musical bequest of Osborne Wight, a gift which laid the foundations of the Bodleian’s music manuscript collections.