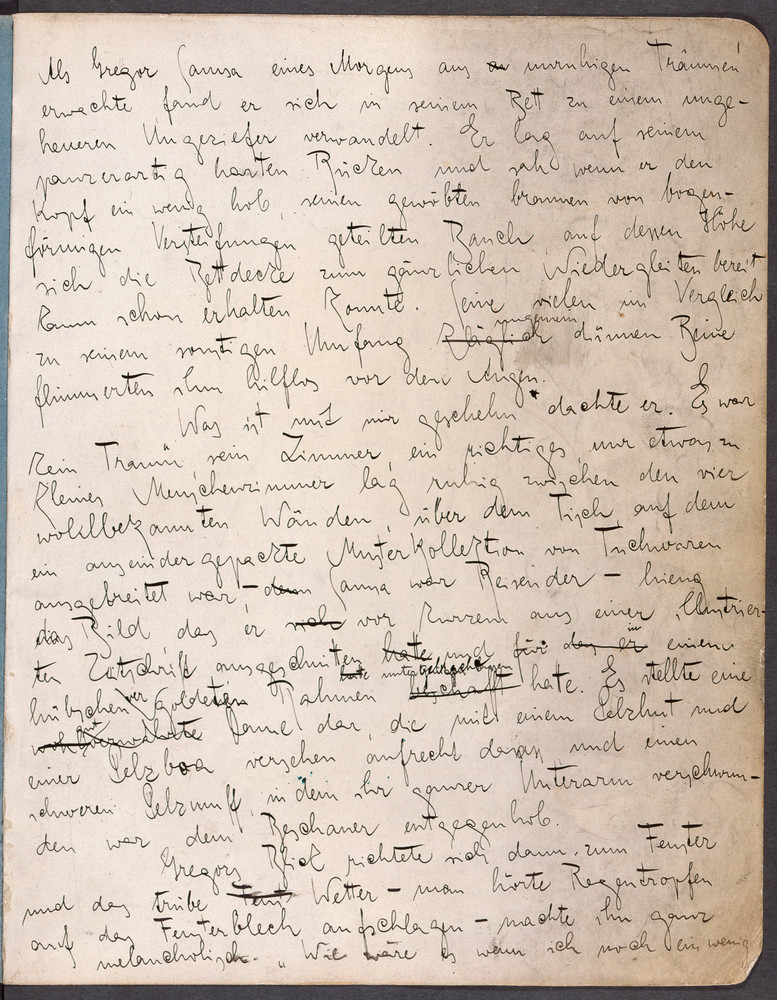 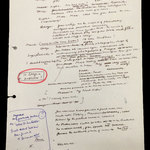 This Treasure is paired with: Kafka’s Dick (Metamorphosis)

Kafka’s Metamorphosis opens with a man waking to find himself turned into a monstrous insect. This is the original manuscript of one of the few works that appeared in print in Kafka’s lifetime (first edition, 1915). The majority of the author’s manuscripts are now in the Bodleian. Their journey here included stopovers in Prague, Tel Aviv, and Zurich. We owe it mainly to Kafka’s friend Max Brod that the manuscripts survive at all, as it was the author’s wish that they be burned.

Item displayed by kind agreement of the Kafka Family as to their share of the ownership.

When Gregor Samsa awoke one morning from troubled dreams he found himself transformed in his bed into a monstrous insect. He was lying on his hard shell-like back and by lifting his head a little he could see his curved brown belly, divided by stiff arching ribs, on top of which the bed-quilt was precariously poised and seemed about to slide off completely. His numerous legs, which were pathetically thin compared to the rest of his bulk, danced helplessly before his eyes.

‘What has happened to me?’ he thought. It was no dream.

An introduction to Kafka’s The Metamorphosis by Prof Ritchie Robertson, Taylor Professor of German Language and Literature, University of Oxford.