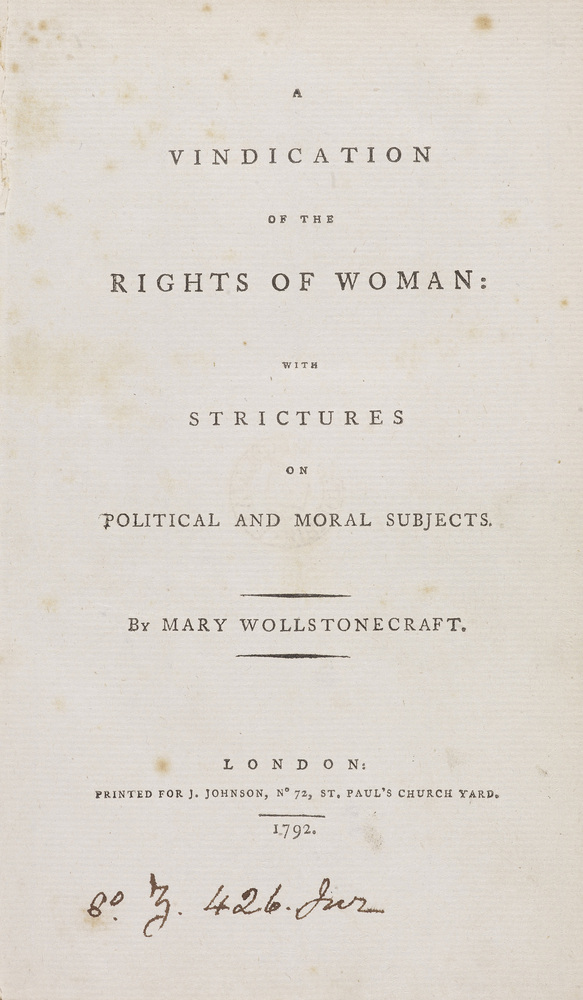 Zoom in
Mary Wollstonecraft, A Vindication of the Rights of Woman (1792) (8° Z 426 Jur., title-page)
Bodleian Libraries, University of Oxford
Previous Next

Mary Wollstonecraft’s Vindication became an instant bestseller and has continued to inspire and divide readers since. Wollstonecraft argues that women were ‘rendered weak and wretched’ through culture rather than nature, and insists on women’s capacity for rational thought and education. Some feminists were suspicious of her radical egalitarianism and her reputation as irreligious and sexually promiscuous. More recently, however, she has been embraced as a feminist pioneer and A Vindication as a foundational text of feminist philosophy.