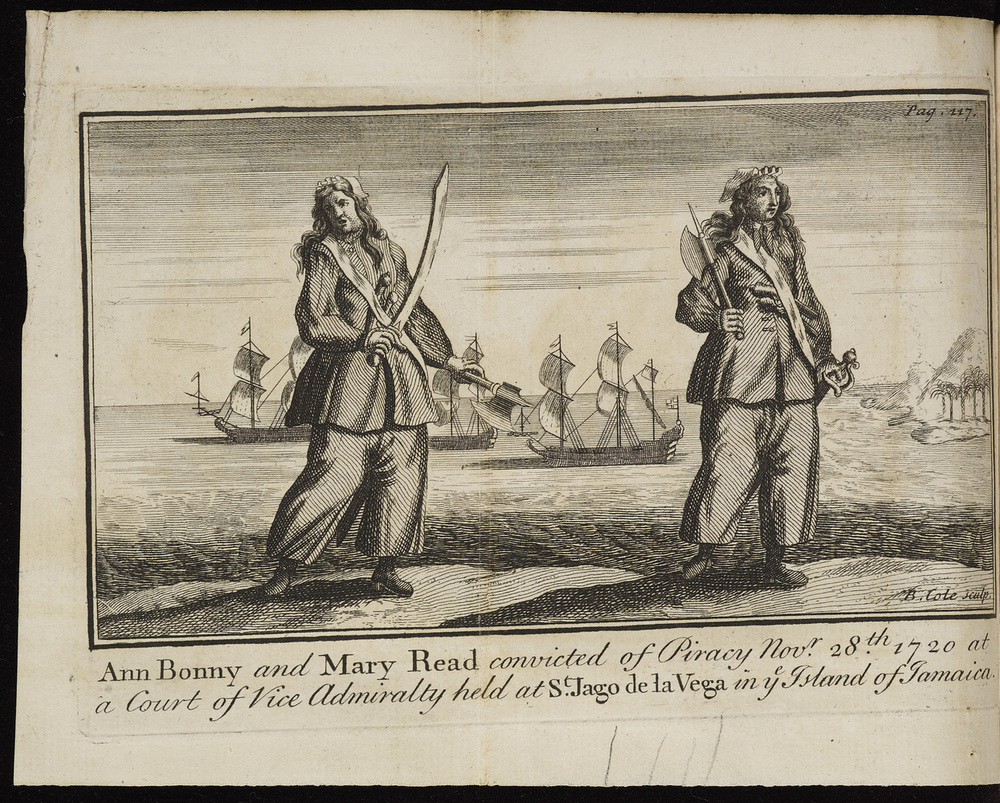 Zoom in
Daniel Defoe, A general history of the robberies and murders of the most notorious pyrates (London, 1724) (8° Z 67 Jur., p. 117)
Bodleian Libraries, University of Oxford
Previous Next

Anne Bonny and Mary Read lived deeply unconventional lives. Both were brought up as boys, married as women, dressed again in men’s clothing and ultimately became pirates. Extraordinarily, they met on board John Rackam’s pirate ship in the Bahamas in 1720 and soon became close friends. They were described by colleagues as ‘very profligate, cursing and swearing much and ready and willing to do any thing on board’. Rackam and crew were imprisoned and hanged for robbery and piracy, but the women’s lives were spared because they were both found to be pregnant.