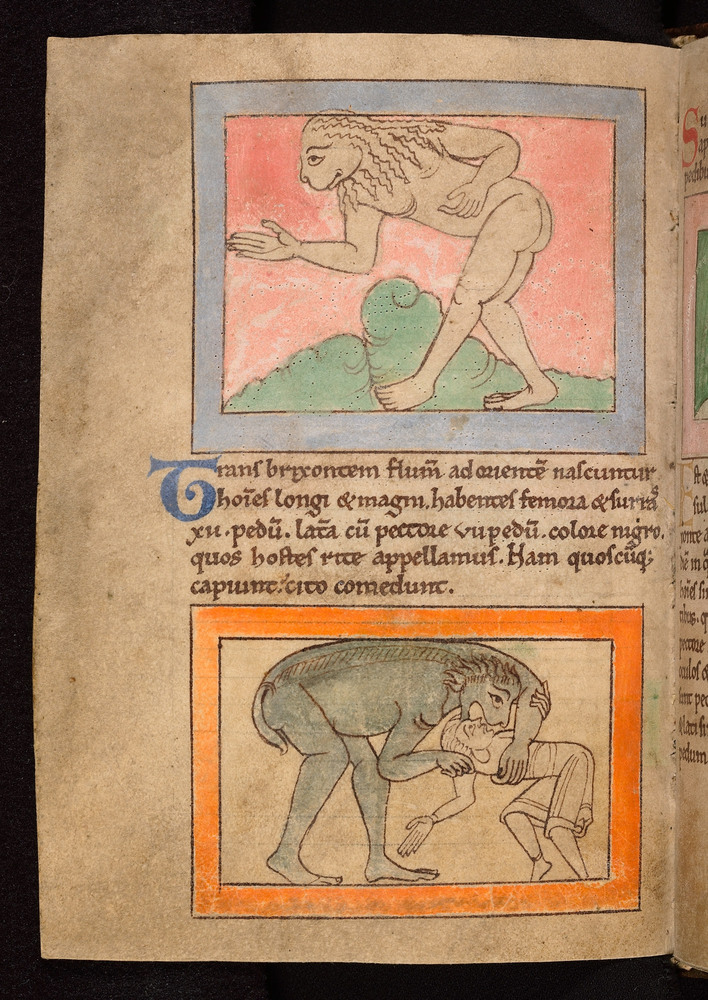 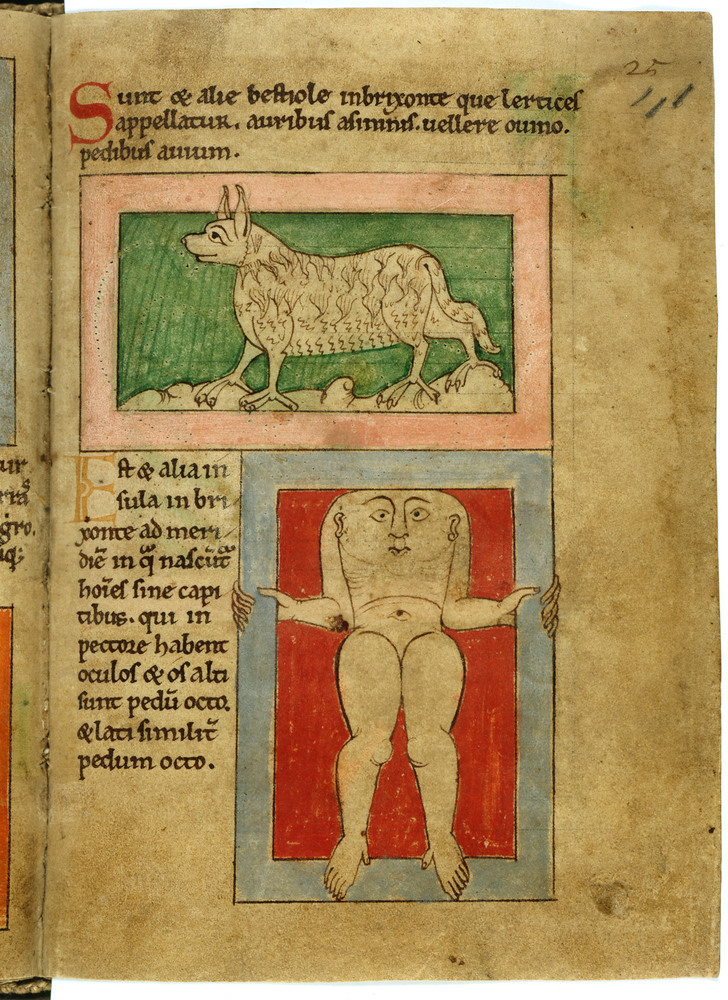 The Marvels of the East

The text of The Marvels of the East dates from Anglo-Saxon England and exists in versions written in Latin and Old English. Its catalogue of wonders derive ultimately from classical sources (both real and bogus) and from tales of Alexander the Great’s eastern travels. Shown here are four of the fantastic and monstrous creatures which, in the Western imagination, populated ‘the East’: (top left) men of tripartite colour – they have the heads of lions and long legs, and if pursued run away sweating blood; (bottom left) men of gigantic stature – when they capture their enemies, they eat them; (top right) ‘lertices’ – they have sheep’s wool, the ears of an ass, and the feet of birds; (bottom right) men without heads – they have faces in the middle of their chests.