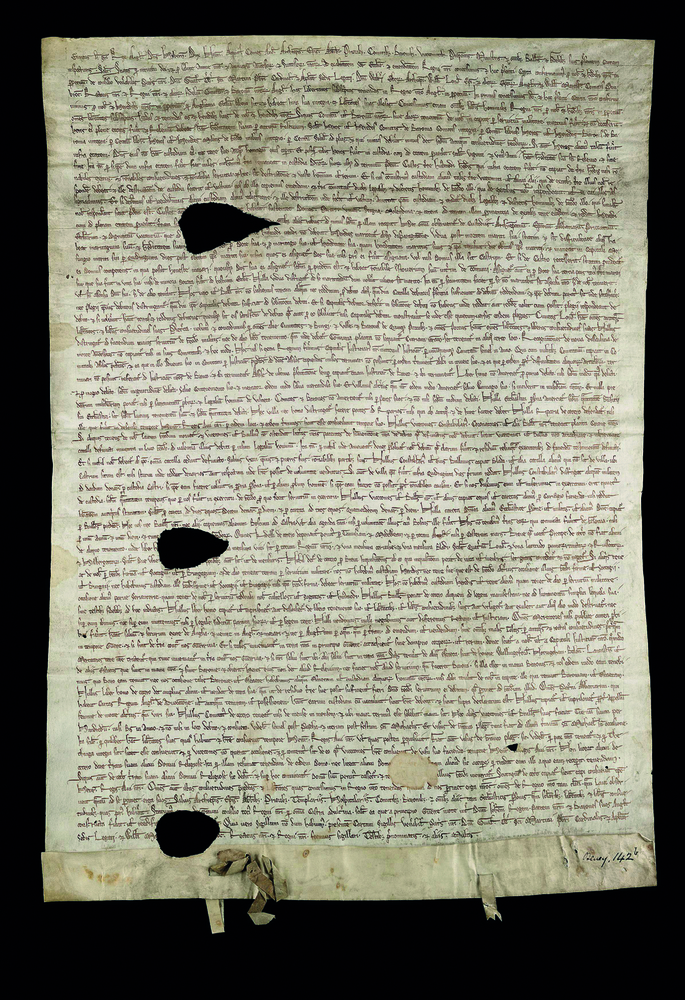 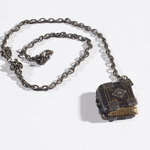 This Treasure is paired with: Sermon in shorthand (Saved from mice)

King John issued the Great Charter in 1215. It was re-issued in 1217, after John’s death, in the name of his 10-year-old son, King Henry III. This original, guaranteed as such by the surviving seal of the boy-king’s guardian William Marshal, was sent by the royal chancery to Oxfordshire, and remained at Oseney Abbey until its dissolution in 1539. The holes suggest that while the document was stored, folded up, it was nibbled by a rodent.