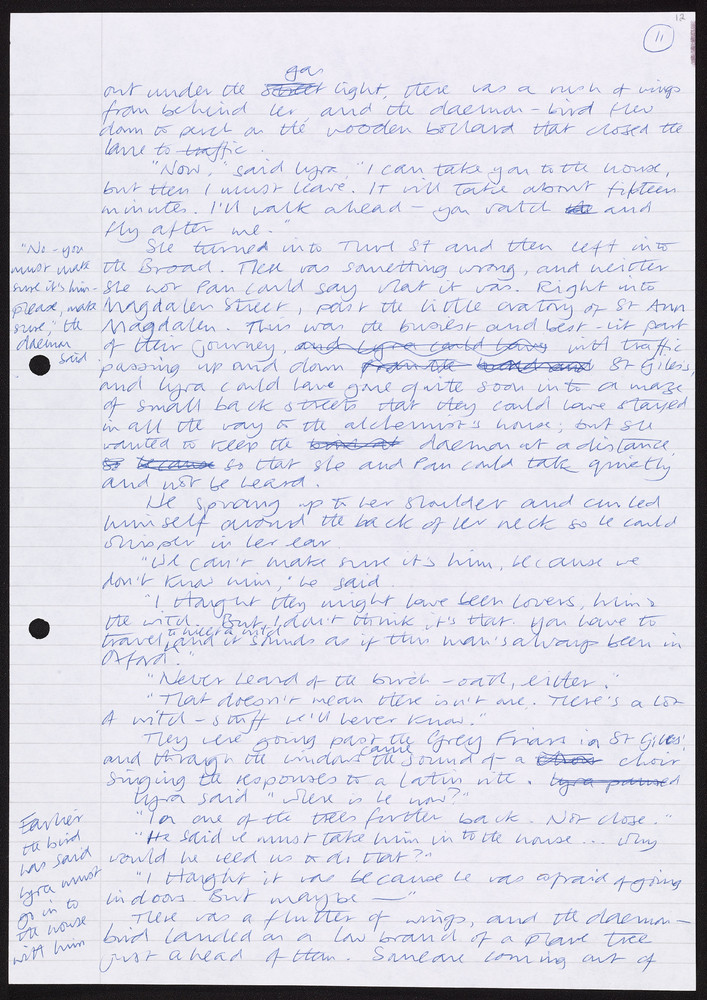 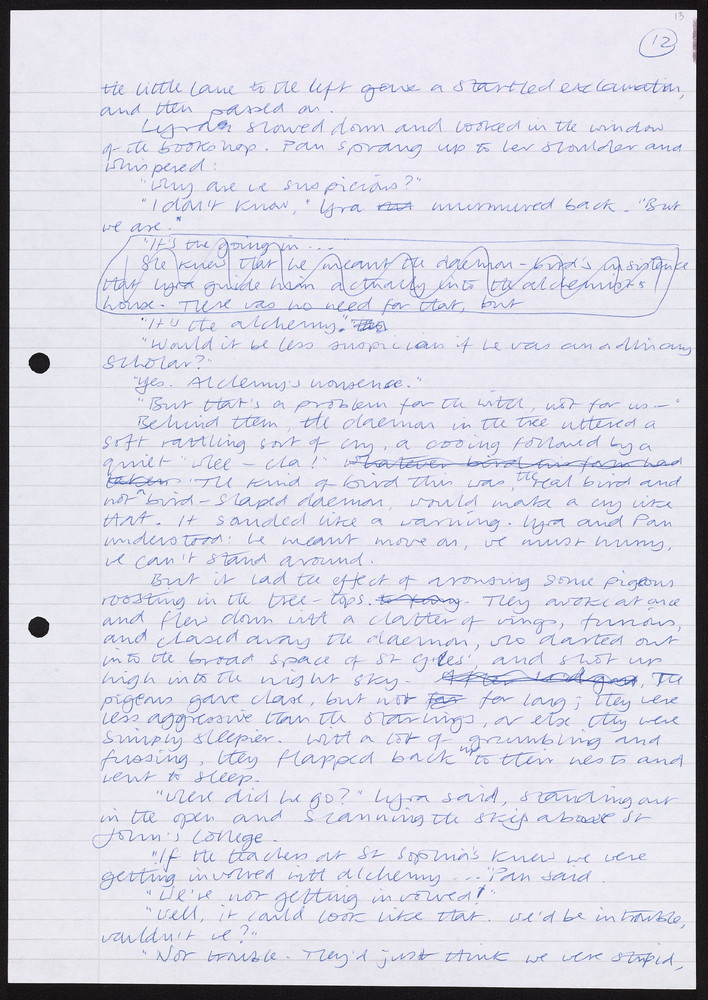 The Oxford in Pullman’s book is similar, but not identical to the familiar city. Its numerous birds play a central, if unexplained, role in the main story, ‘Lyra and the Birds’. Animals are woven into the drama of this, and the novels of Pullman’s trilogy His Dark Materials, through the characters’ personal daemons, which take the form of various animals.

Behind them, the daemon in the tree uttered a soft rattling sort of cry, a cooing followed by a quiet “whee-cha!”Whatever bird his form had taken The kind of bird this was, the real bird and not a bird-shaped daemon, would make a cry like that. It sounded like a warning. Lyra and Pan understood: he meant move on, we must hurry, we can’t stand around.
But it had the effect of arousing some pigeons roosting in the tree-tops. They awoke at once and flew down with a clatter of wings, furious, and chased away the daemon, who darted out into the broad space of St Giles, and shot up high into the night sky. The pigeons gave chase, but not for long; they were less aggressive than the starlings, or else they were simply sleepier. With a lot of grumbling and fussing, they flapped back up to their nests and went to sleep. …
“Where did he go?” Lyra said, standing out in the open and scanning the sky above St John’s College.
“If the teachers at St Sophia’s knew we were getting involved with alchemy …” Pan said.
“We’re not getting involved!”
“Well, it could look like that. We’d be in trouble woudn’t we?”
“Not trouble. They’d just think we were stupid, / that we were wasting our time … There he is!”
A darker speck than the sky was roving uncertainly back and forth, and then he spotted them and skimmed low to perch on a windowsill barred with an iron grille. Lyra moved towards it, trying to make her movement look casual, and when they were close enough for Pan to do it unobtrusively, he sprang up to the grille and sat next to the daemon, who flinched. Lyra loved the way Pan did that: in one fluent leap, utterly silent, his balance perfect.
“Is it far now?” said the daemon shakily.
“Not far,” said Pantalaimon. “But you haven’t told us the whole truth. What are you afraid of?”
The daemon-bird tried to fly away, but found in the same instant that Pantalaimon had his tail firmly in the grasp of one strong paw. Wings flapping hard, he fell awkwardly against the grating, and cried out in that strange rattling cooing sound that had enraged the pigeons – and almost at once fell silent, in case they heard and attacked again. He struggled back up to the perch. …