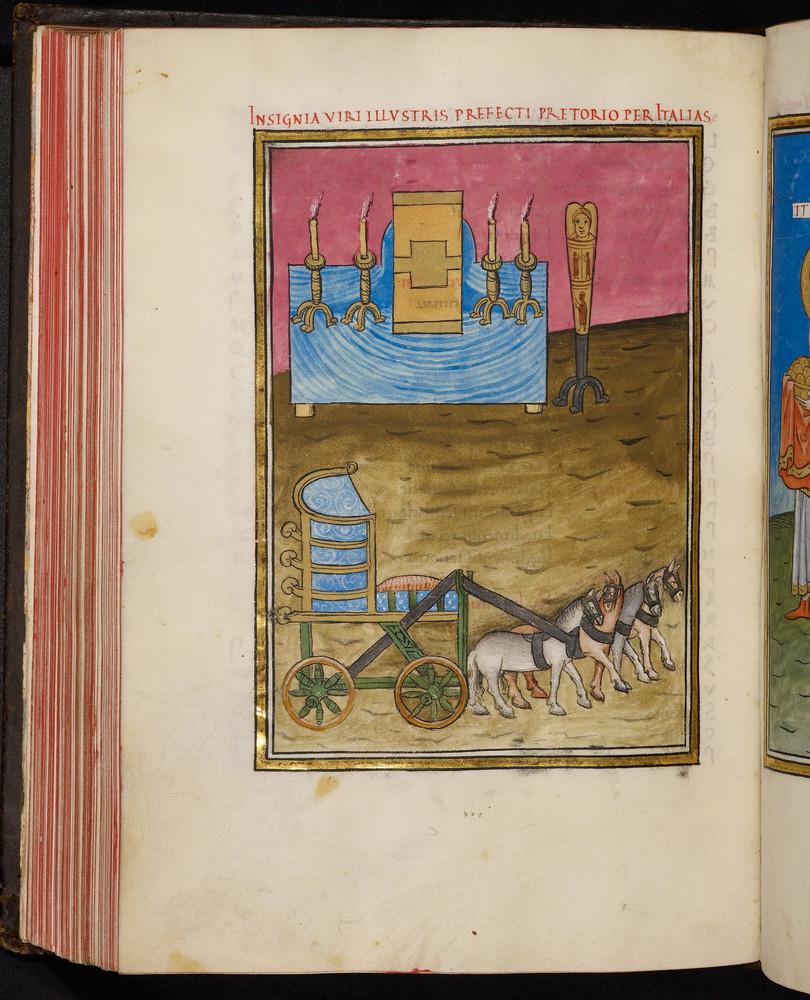 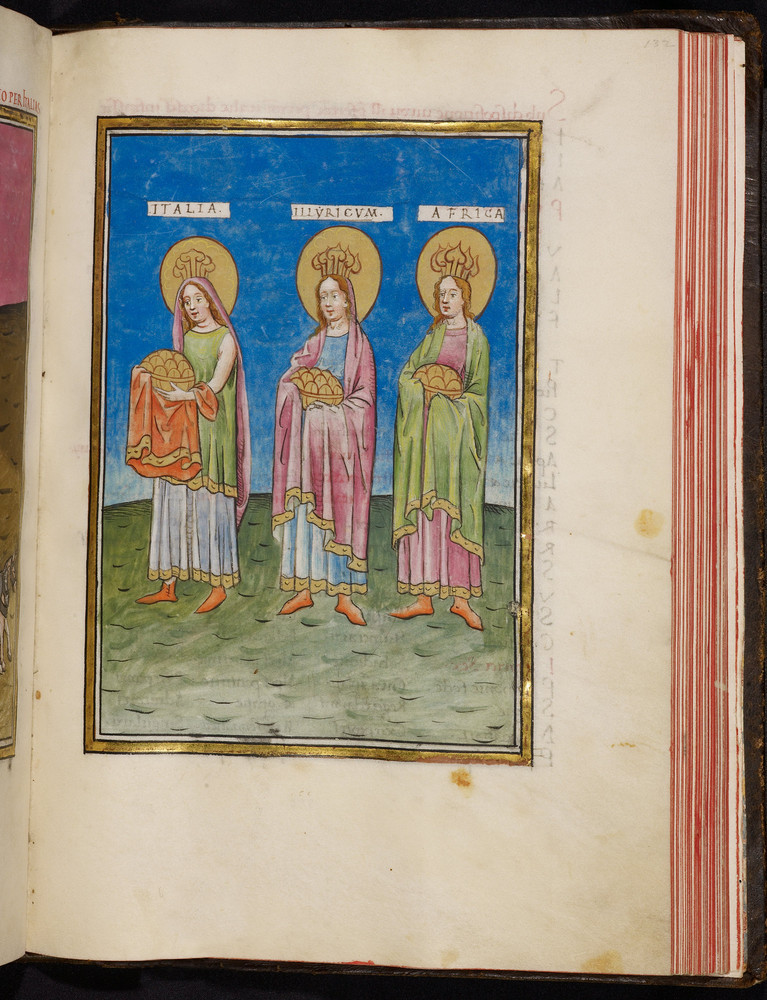 This work is arranged in two parts, each entitled ‘a list of all offices, civil and military’ in the eastern and western halves of the Roman empire after AD 395. Made in 1436 for Pietro Donato, Bishop of Padua, both text and pictures derive ultimately from a late Roman original. It is thus an illustrated document of outstanding importance both for the history of the administrative organization of the late Roman Empire and for the Renaissance rediscovery of classical antiquity. On the left-hand page are the insignia of the praetorian prefect ‘per Italias’, the civilian administrator responsible for the three dioceses personified on the right: Italy, Illyricum and Africa.