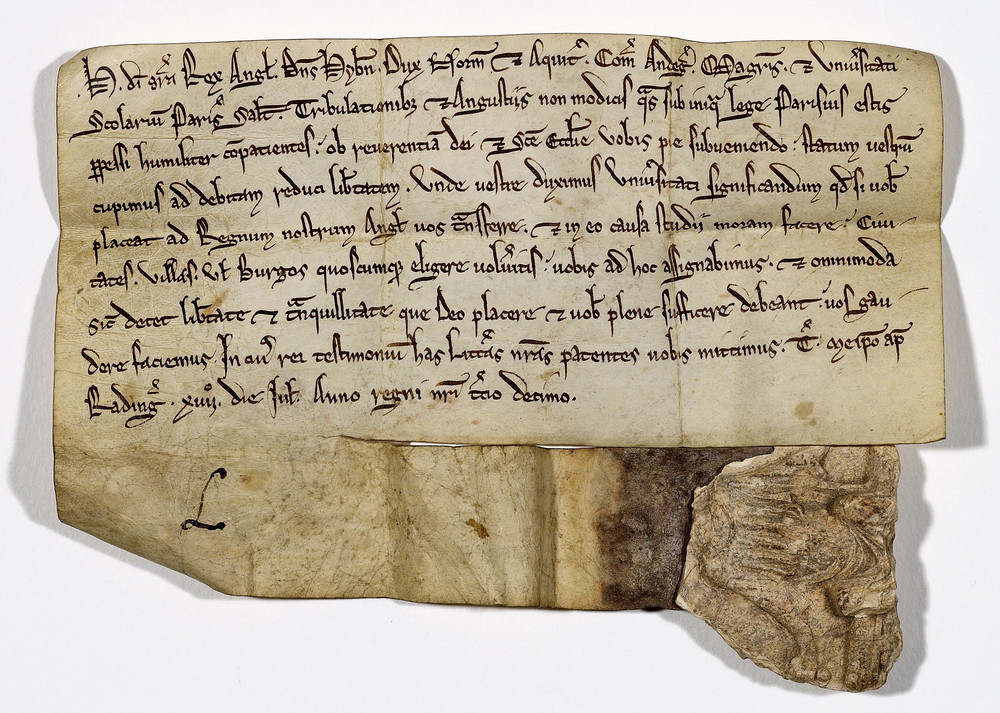 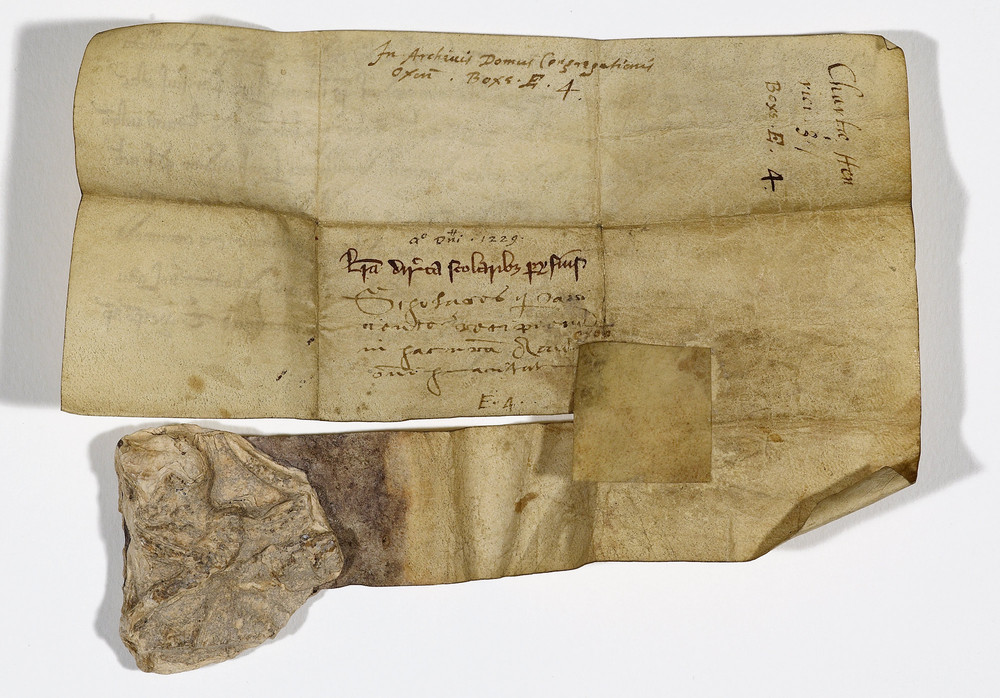 Letter from Henry III addressed to masters and scholars of Paris

In this, the earliest royal document in the University Archives, the king invites scholars from France to migrate to England. There had been disturbances in Paris, and Henry III offers its scholars the ‘freedom and tranquillity’ of an academic haven. Oxford is not specifically mentioned, but this charter’s presence in the University Archives suggests that the city was the ultimate destination for at least some of the Parisian scholars.