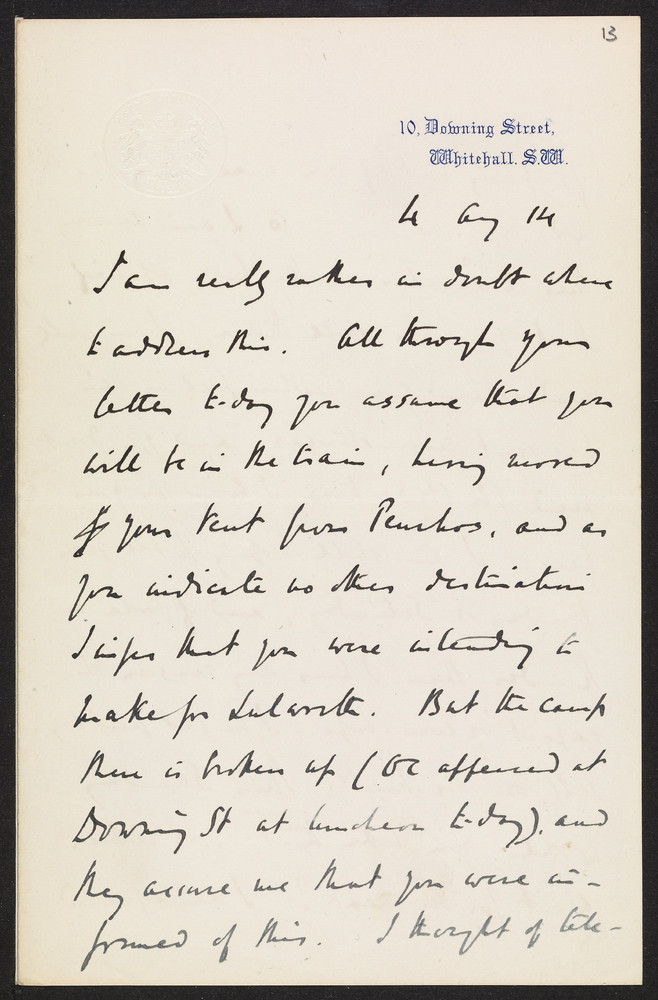 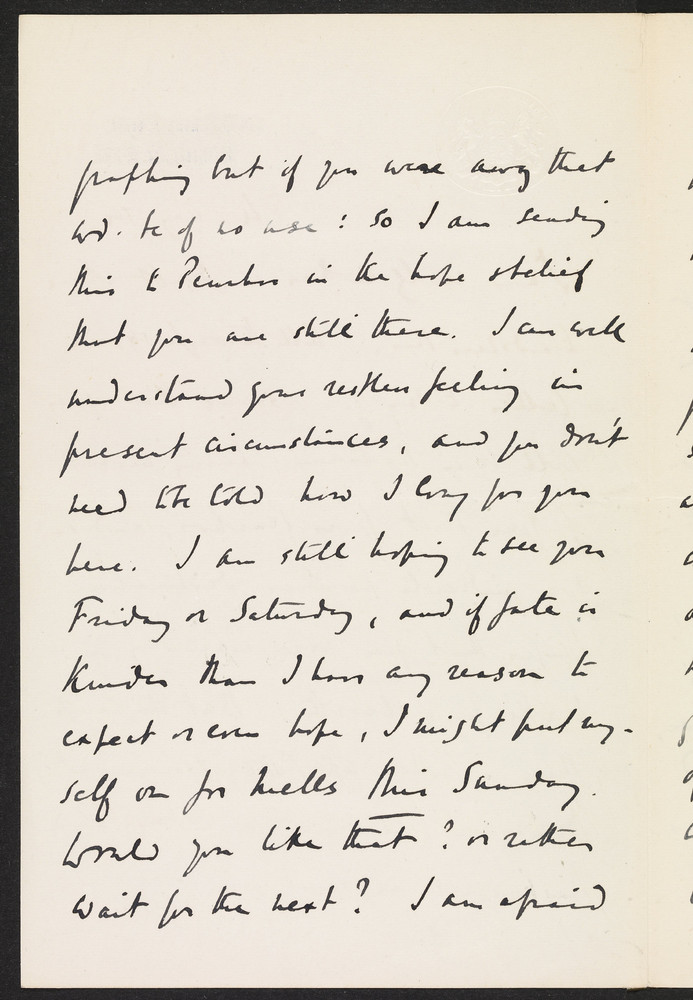 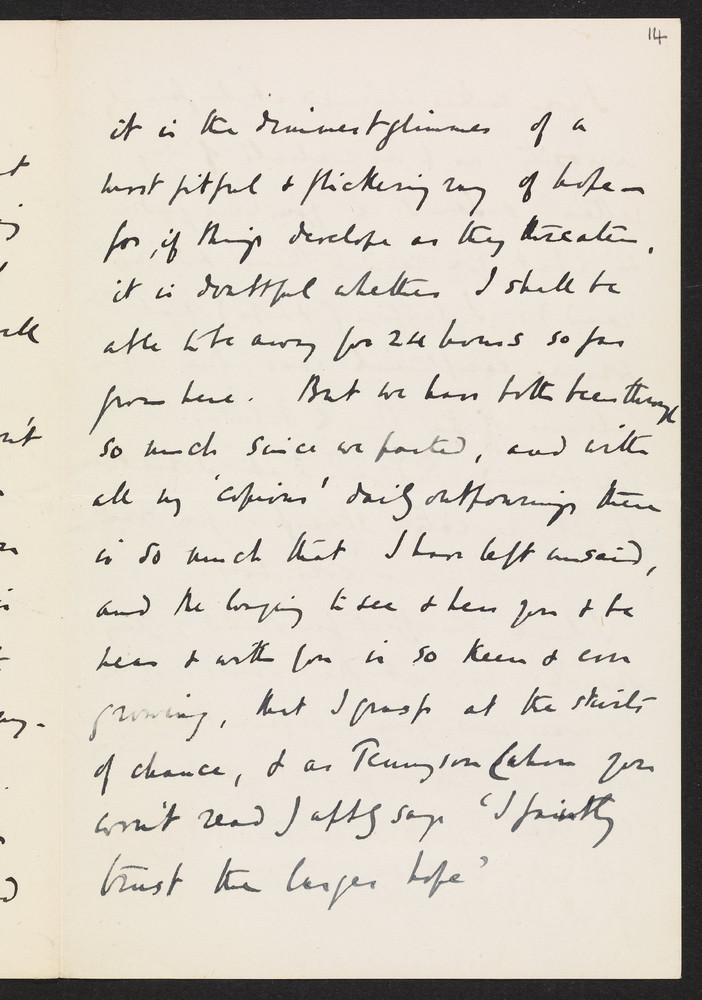 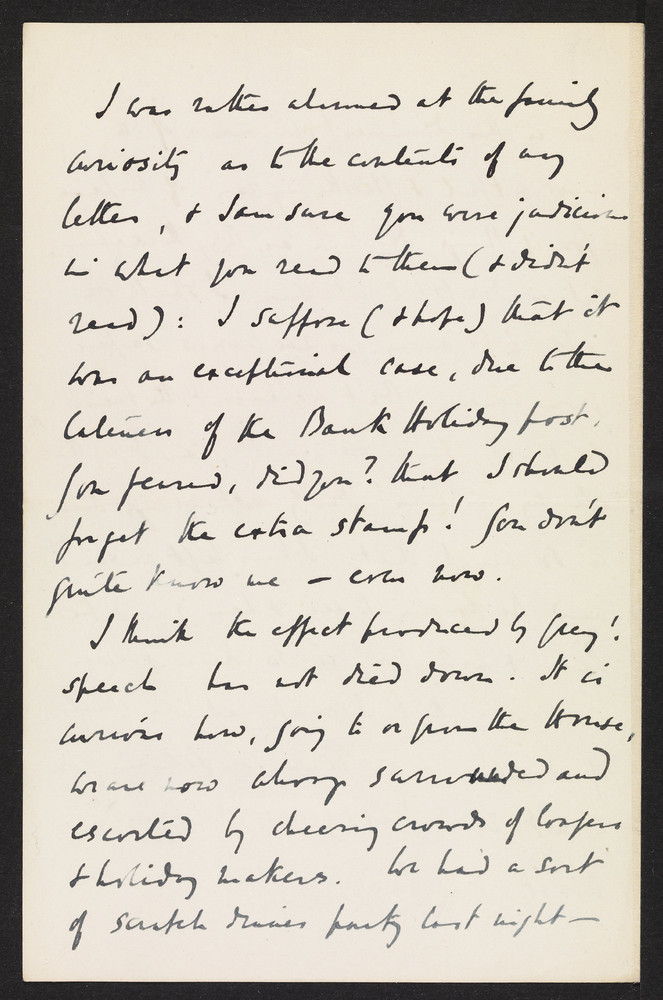 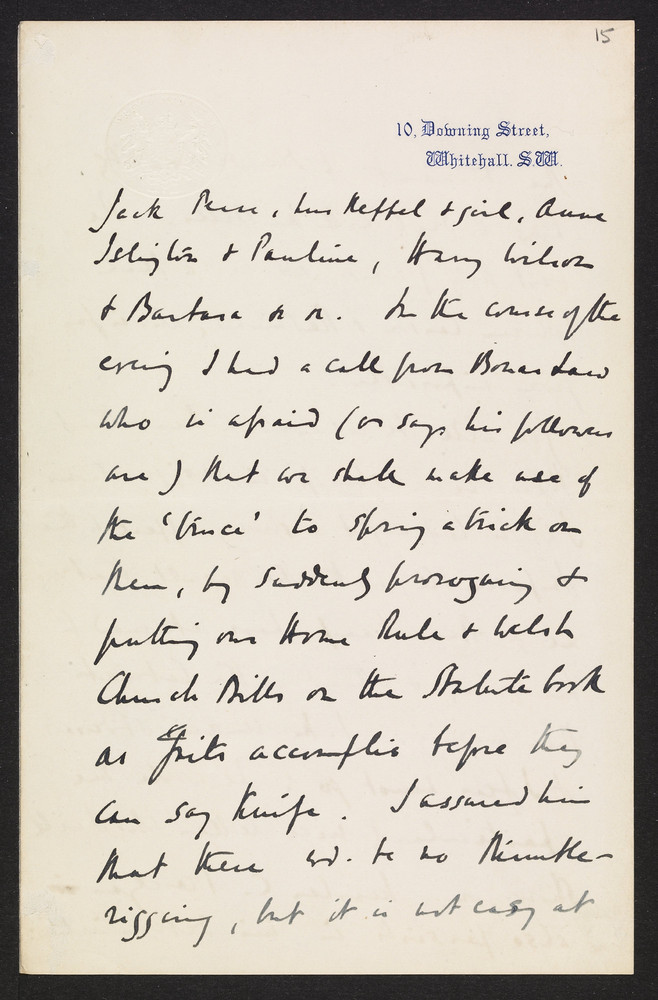 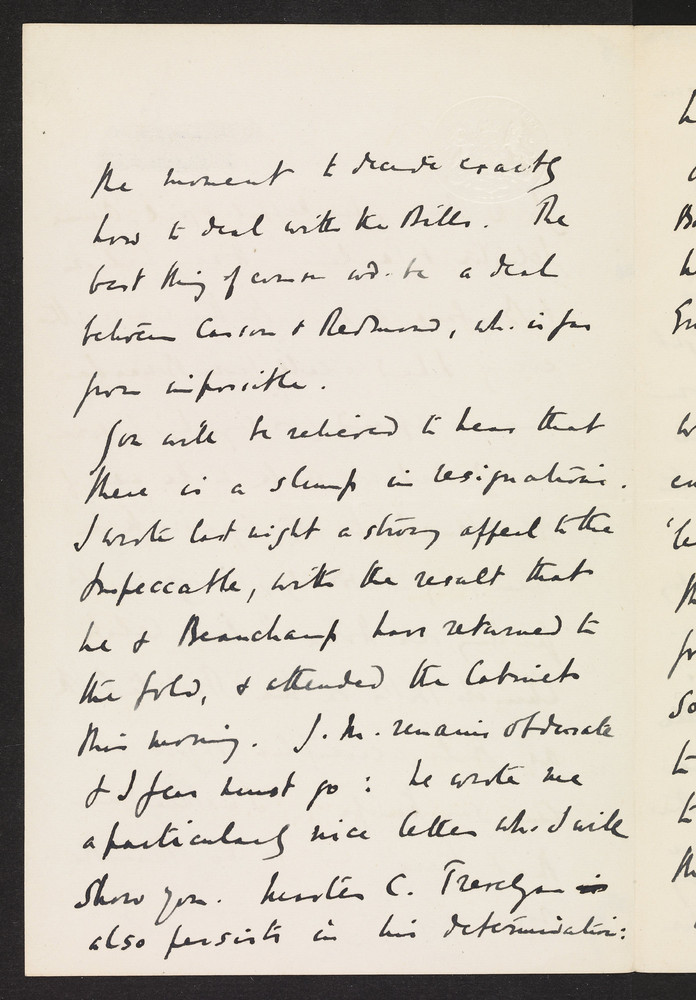 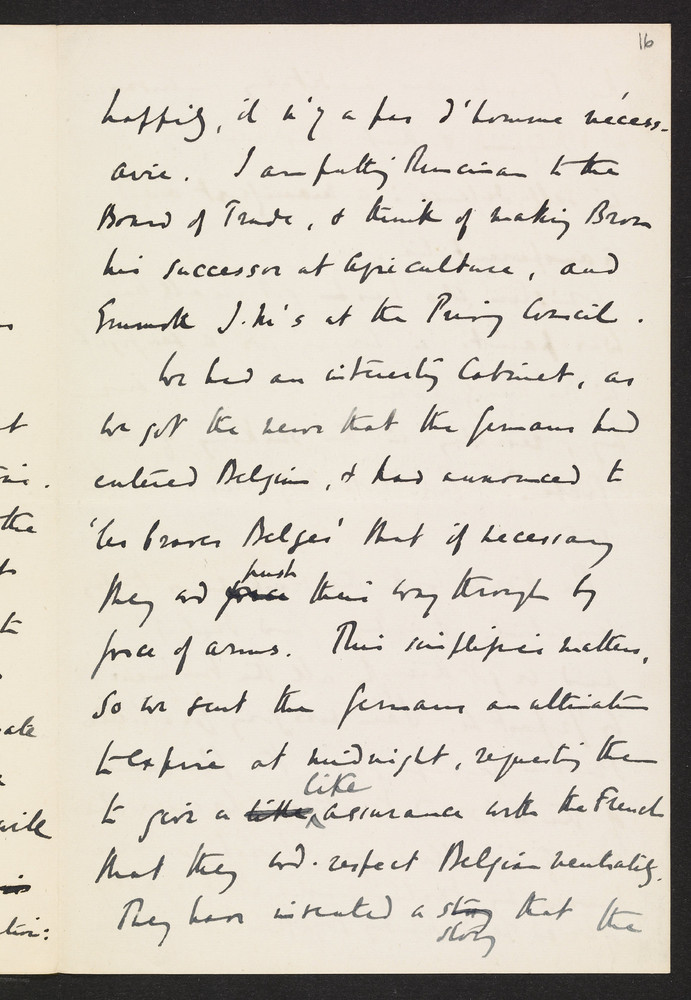 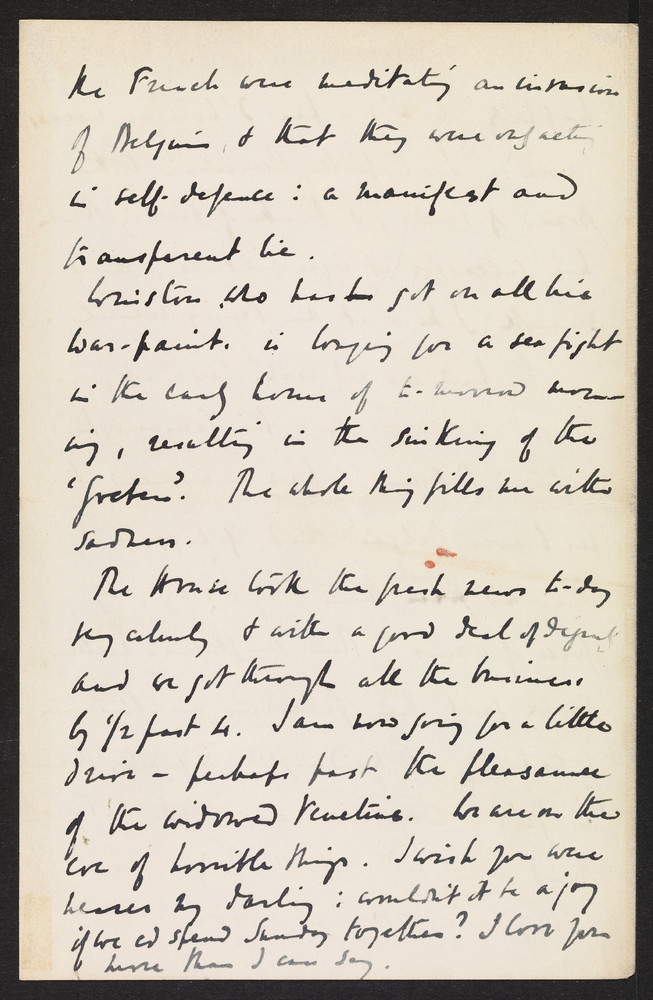 Venetia Stanley was Asquith’s intimate confidante while he was Prime Minister; Asquith’s daughter Violet described her as his ‘companion in brightness’. He wrote to her constantly, and unhesitatingly shared with her many political secrets. She preserved all his letters but seems never to have betrayed his confidence. Here, Asquith tells her of the imminent world war.

We had an interesting Cabinet, as we got the news that the Germans had entered Belgium, & had announced to ‘les braves Belges’ that if necessary they wd push their way through by force of arms. This simplifies matters, so we sent the Germans an ultimatum to expire at midnight, requesting them to give a like assurance with the French that they wd respect Belgian neutrality. They have invented a story that the / French were meditating an invasion of Belgium, & that they were only acting in self-defence: a manifest and transparent lie.
Winston, who has got on all his war-paint, is longing for a sea fight in the early hours of tomorrow morning, resulting in the sinking of the [?‘Greten’]. The whole thing fills me with sadness.
The House took the fresh news to-day very calmly & with a good deal of dignity and we got through all the business by 1/2 past 4. I am now going for a little drive – perhaps past the pleasaunce of the widowed [?Venetians]. We are on the eve of horrible things. I wish you were nearer my darling: wouldn’t it be a joy if we cd spend Sunday together? I love you more than I can say.