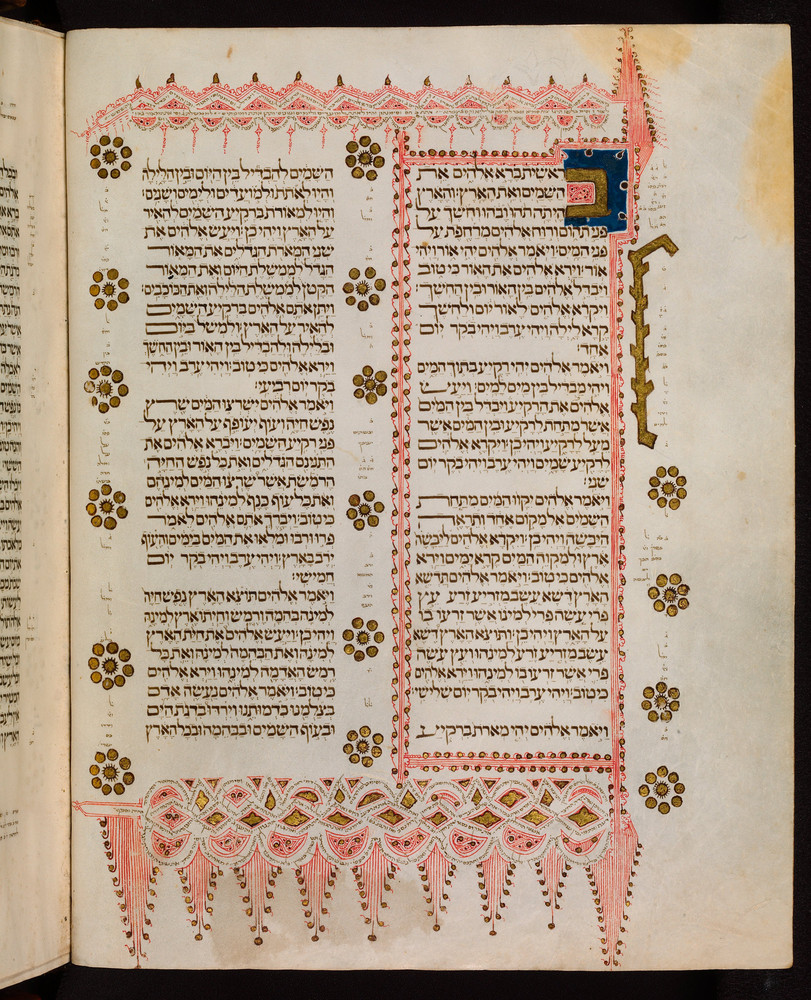 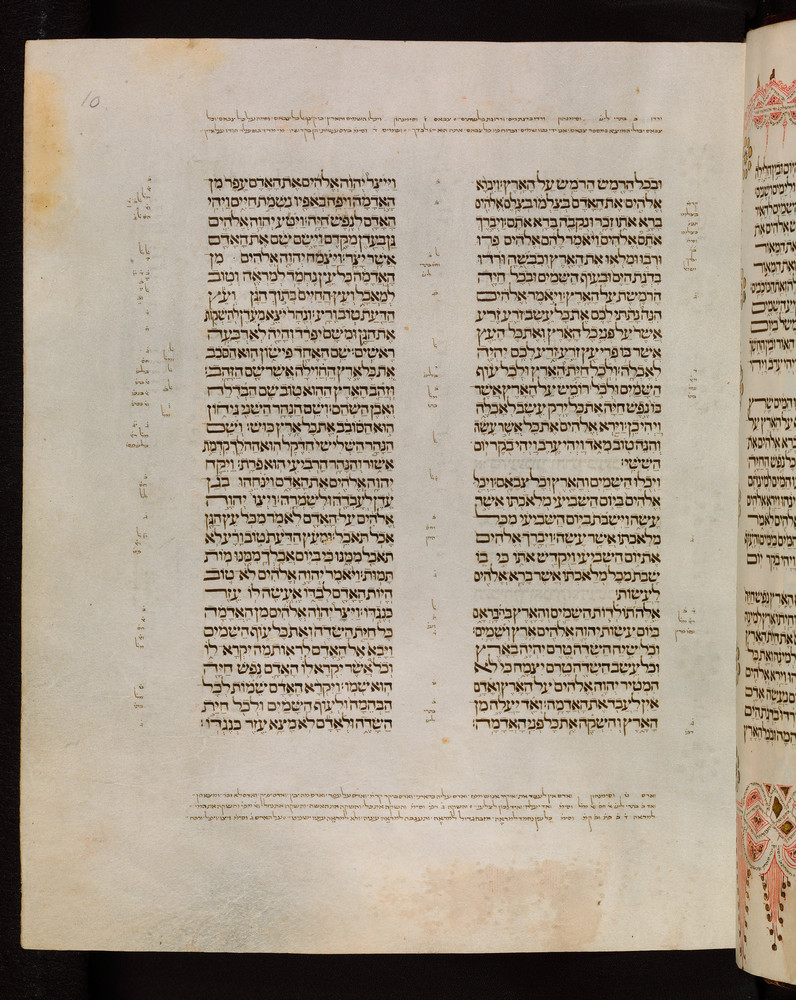 This Hebrew Bible, open here at the beginning of Genesis, owes its name to the English Hebraist Benjamin Kennicott (1718-1783), who acquired it while Librarian of the Radcliffe Library in Oxford. Made at Corunna in north-west Spain, it is bound in a contemporary goatskin box-binding, of which only five other examples are extant. Its fine parchment pages contain exceptionally beautiful combinations of calligraphy by the scribe Moses Ibn Zabara, and illuminations and decorative penmanship by the artist Joseph Ibn Hayyim.


This reading is from the opening of Genesis, chanted in the rite of the Spanish & Portuguese Sephardi Jews of London. The reading is preceded by the two words “Besimanah Tabah” (meaning “With a good sign”), indicating a desire at the beginning of the yearly cycle that the readings of the following year should be accompanied by favourable events.
The reading is by the late Reverend Eliezer Abinun, who was the Senior Hazan (Cantor) of the Spanish & Portuguese Jews’ Congregation of London.
The recording was made and produced by the ethnomusicologist John Levy in 1958.