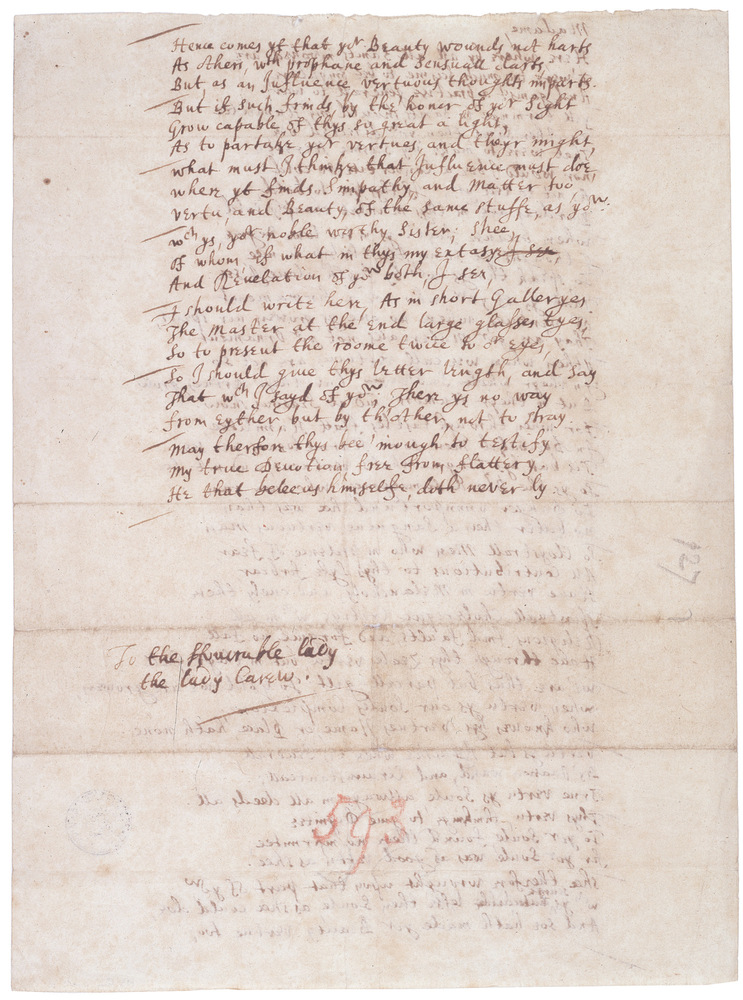 John Donne, ‘To the Honourable lady, the Lady Carew’

More transcriptions were made of John Donne’s (1572-1631) poems than of any other English poet of the sixteenth and seventeenth centuries, but apart from Latin verse inscriptions in two printed books, the only extant poem by Donne in his own handwriting is this verse epistle, published posthumously in 1633. The young women whom the poem celebrates and flatters were daughters of Sir Robert Rich and his second wife, Penelope Devereaux. They were personally unknown to the poet.