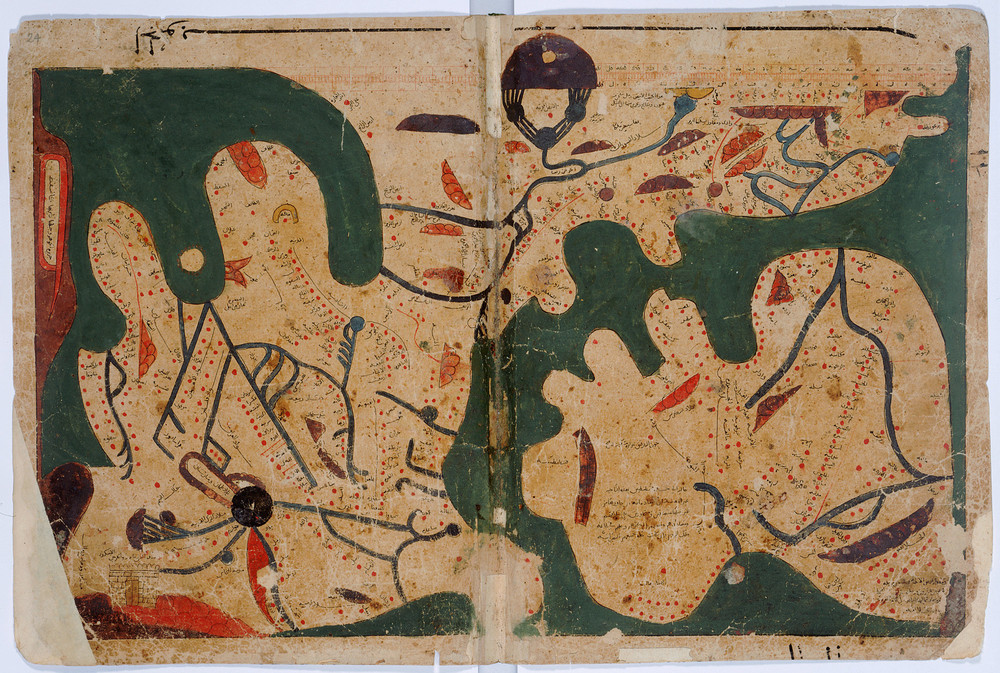 This is part of an anonymous treatise, entitled The Book of Curiosities, and is unlike any other recorded ancient or medieval map. At the top there is a carefully executed graphic scale, over which the Mountain of the Moon, thought to be the source of the River Nile, has been painted. The land-mass to the lower right is Europe, including a very large Iberian peninsula to its right. At the left-hand margin of the map, a brown land-mass has an inscription outlined in red reading ‘Island of the Jewel, and its mountains encircle it like a basket’. This island, usually interpreted as Indonesia or Formosa, was considered to be the easternmost limit of the inhabitable world. The map also depicts, in the lower left corner, the legendary barrier built by Alexander the Great to keep out Gog and Magog, the mythical enemies of civilization who dwelt in the far north-east of the inhabitable world.

Introduction to an early world map from the Book of Curiosities by Prof Emily Savage-Smith, Emeritus Professor of the History of Islamic Science, University of Oxford.

Images of more maps from the Oxford Digital Library