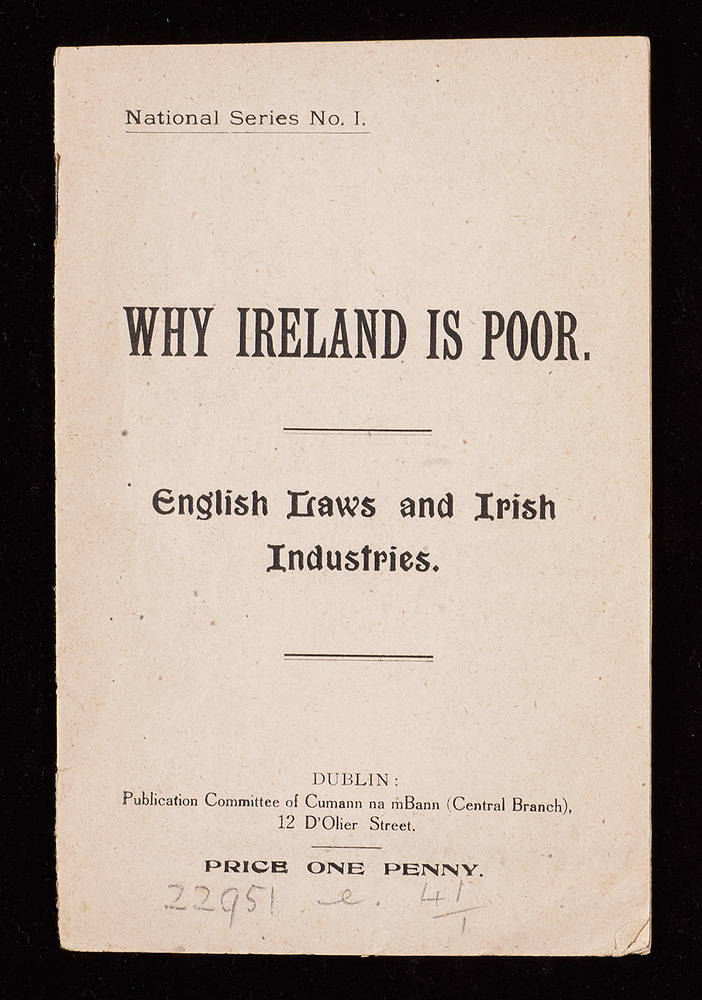 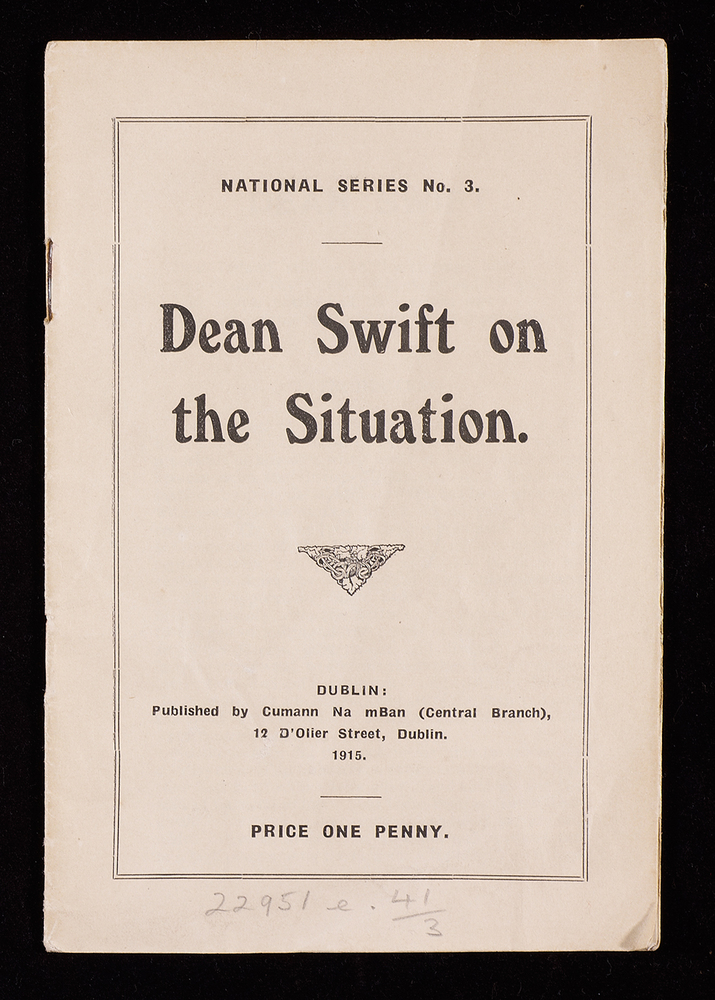 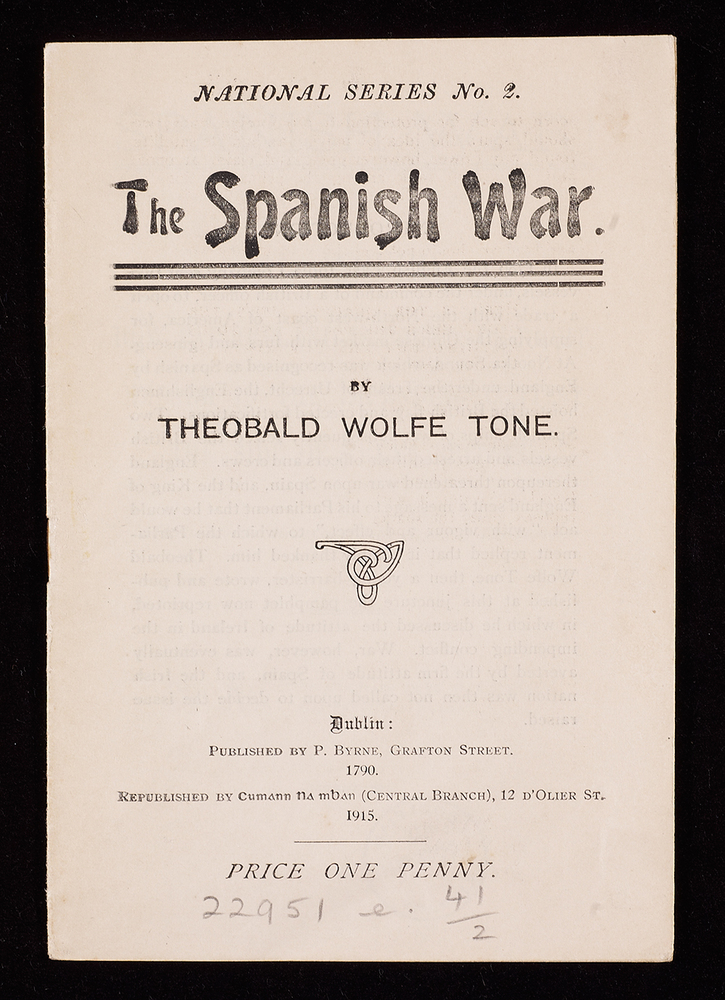 Cumann na mBan (Irishwomen’s Council) was founded in Dublin in 1914 by women determined to play an active role in the Irish republican movement. The association adopted an explicitly feminist position on women’s political engagement, thereby alienating some of its conservative critics. Published in 1915, these cheap pamphlets reflect two of the society’s key aims: to raise money for the republican movement, and to propagandise on its behalf.