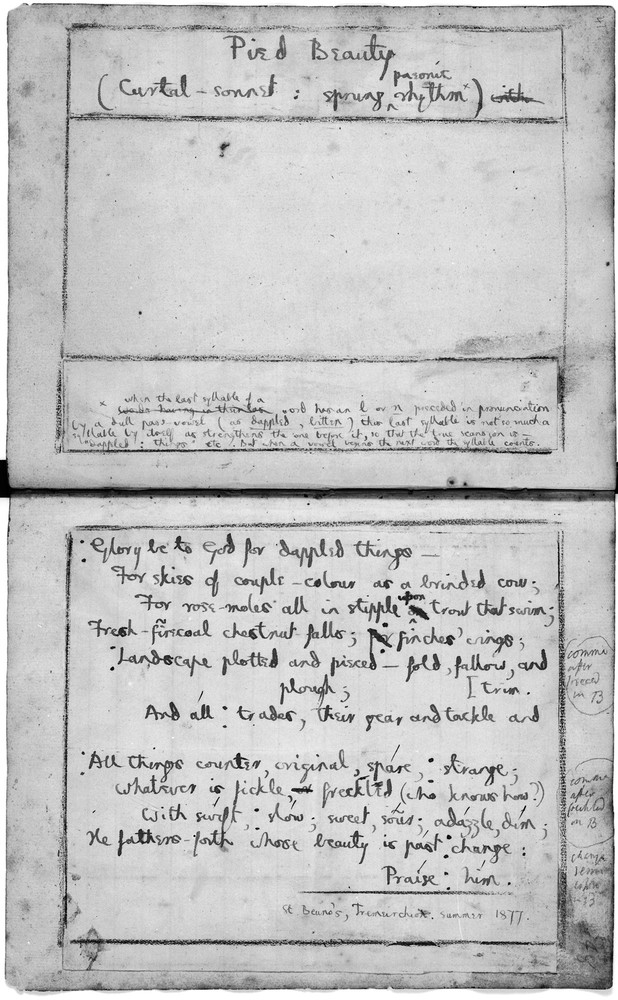 Hopkins (1844-1889) published only a few of his poems during his lifetime, but from 1866 to 1889 he sent copies of many of them to his friend Robert Bridges (later Poet Laureate), who pasted them into this notebook, together with other contemporary poems. The notebook includes Hopkins’s fair copies of such great poems as ‘The Windhover’, ‘Binsey Poplars’, ‘To Henry Purcell’ and ‘Pied Beauty’ (shown here). Bridges included them in his edition of Hopkins’ poems, published in 1918.