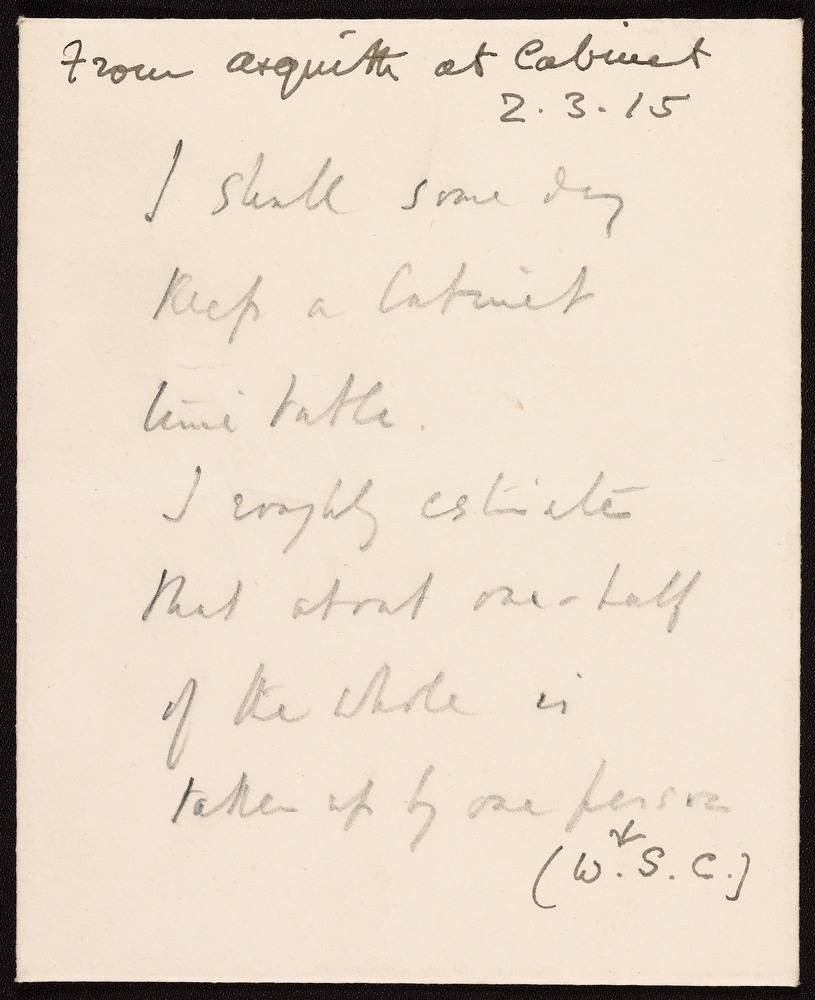 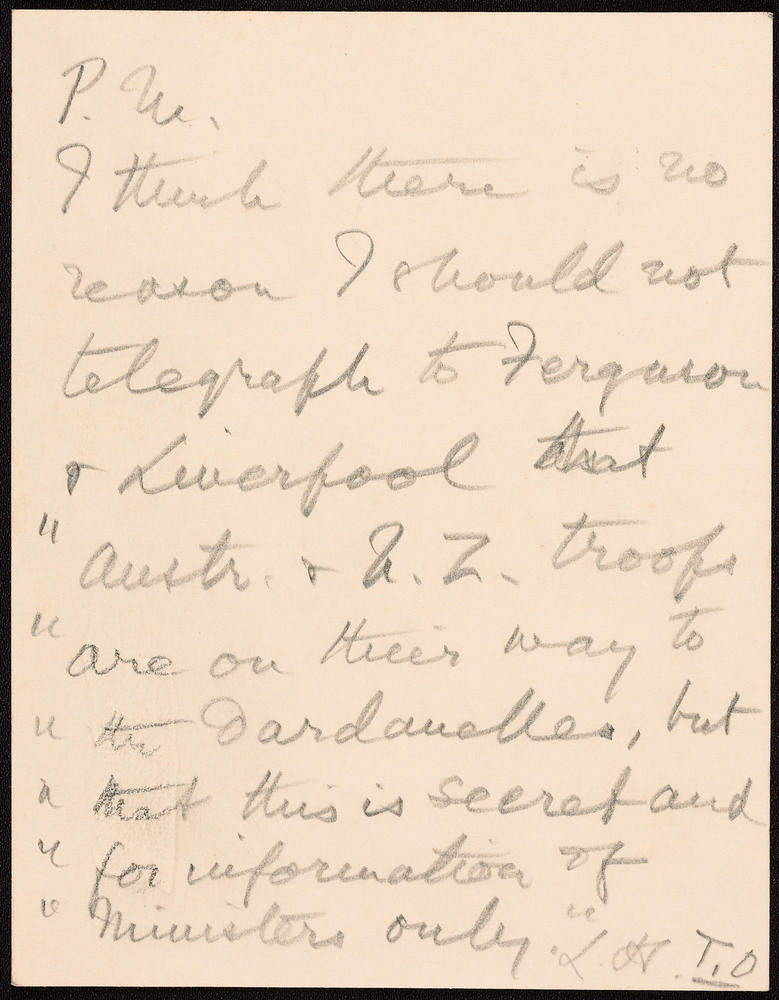 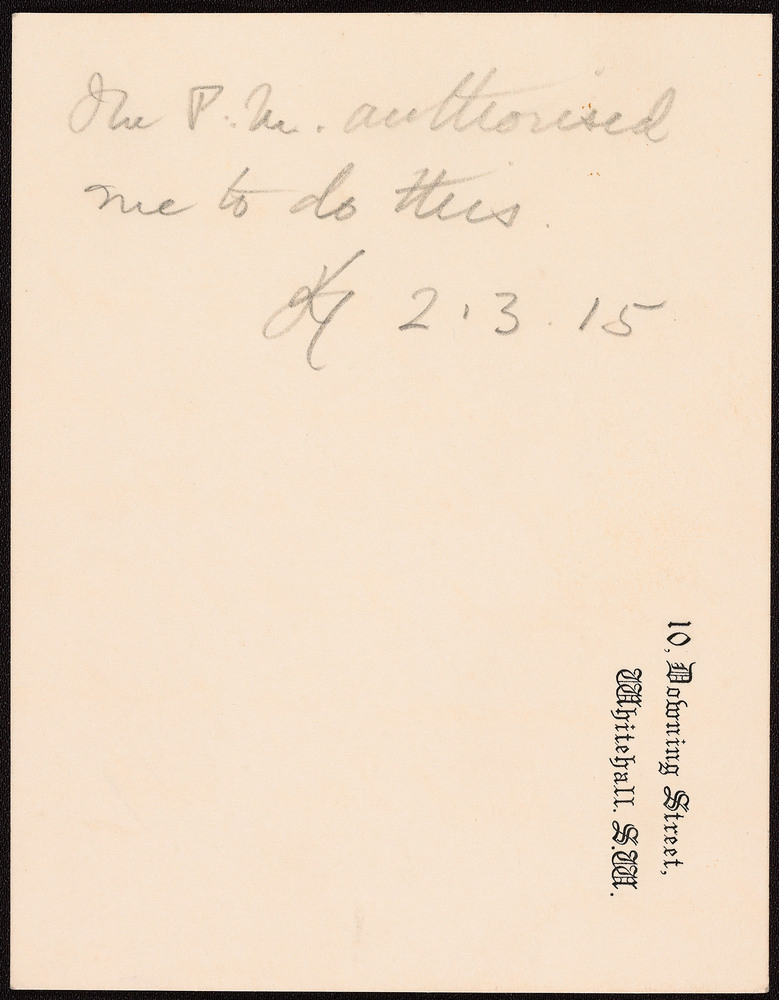 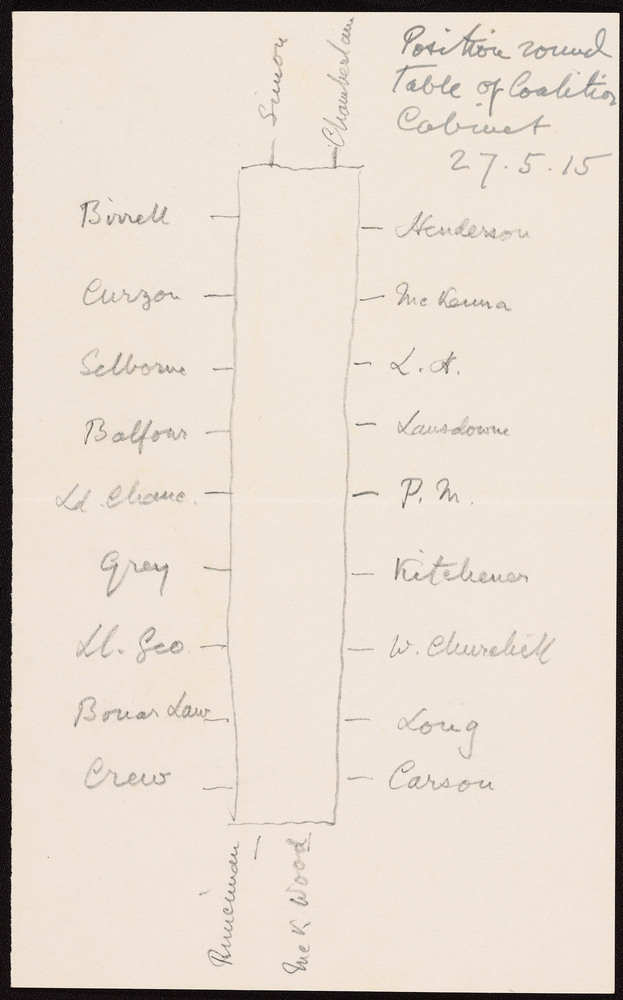 This journal provides a remarkable window on Asquith’s Cabinet hitherto unavailable to historians. Harcourt had a good relationship with Asquith, and sat next to him in Cabinet, often speaking quietly to him rather than joining in the general discussion. Harcourt kept up the journal throughout his Cabinet career. He was requested to refrain from keeping notes during meetings by both Asquith and Churchill, but resorted to writing them up immediately afterwards. Shown here is an exasperated note passed to Harcourt by Asquith during a Cabinet meeting, and a memo of the first meeting of the coalition government in 1915. In the accompanying seating plan we can see that Harcourt no longer enjoyed a seat next to the Prime Minister.