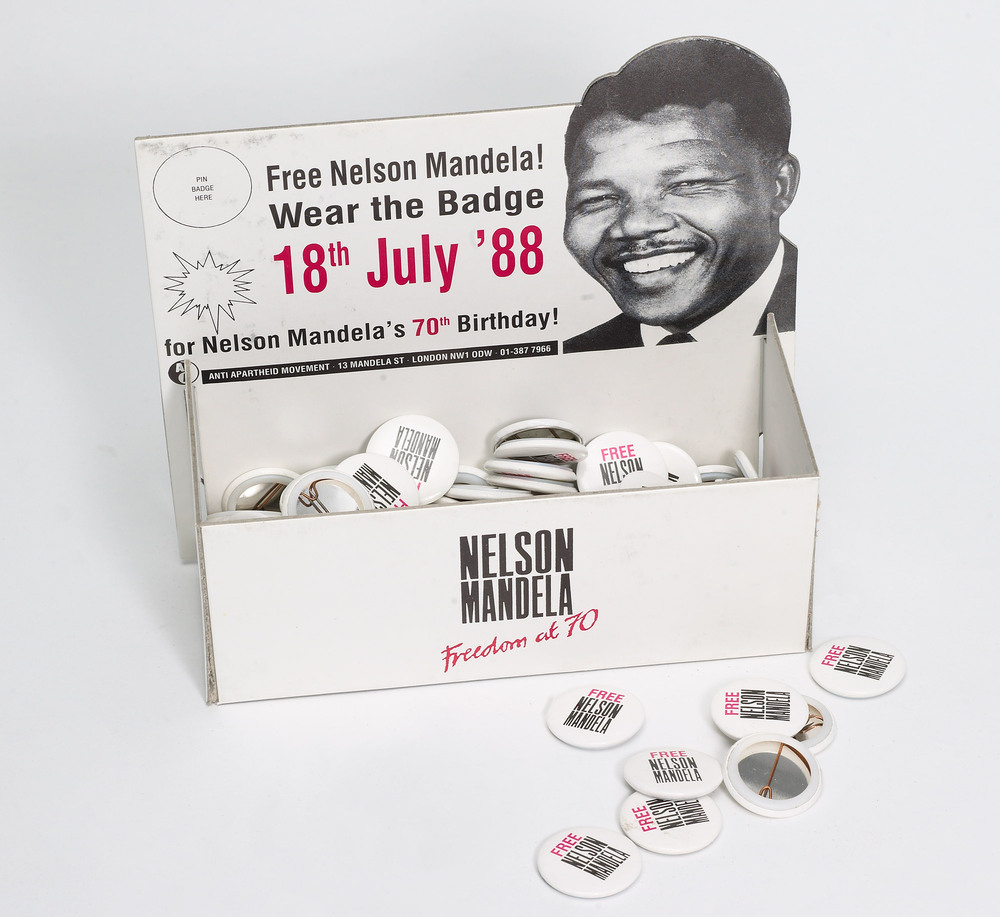 The popular campaign for the release of Nelson Mandela from prison gathered pace in 1988 – the year of his 70th birthday – under the slogan ‘Free Nelson Mandela’. It culminated in a concert at Wembley Stadium, broadcast around the world. Mandela was finally released in 1990. The image of Mandela printed on this box dates, of course, from before his arrest – it was only on his release that the world could see how he had aged during his twenty-seven years in prison.