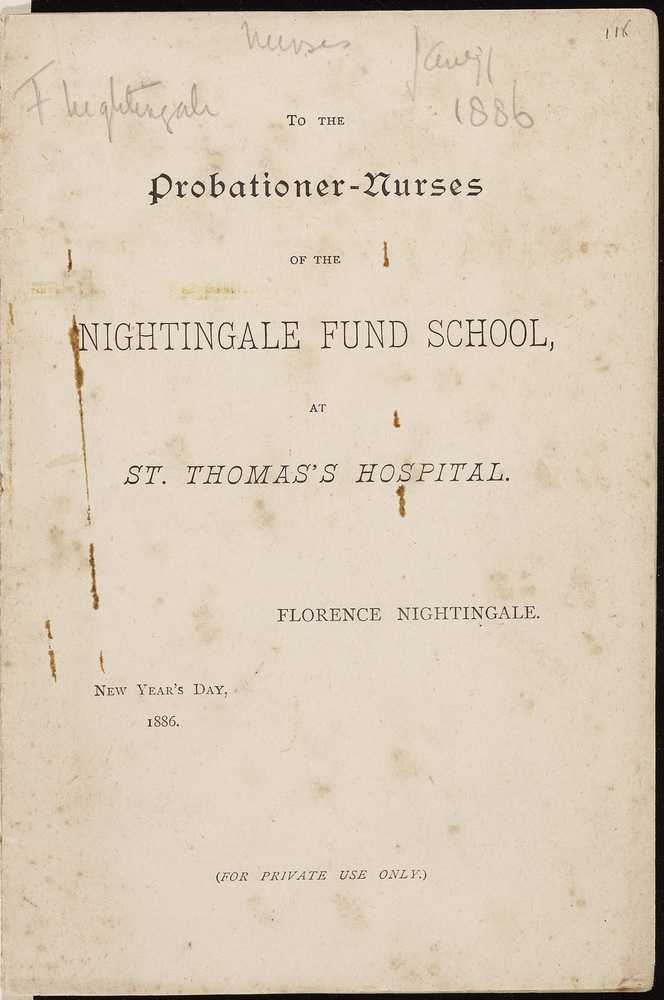 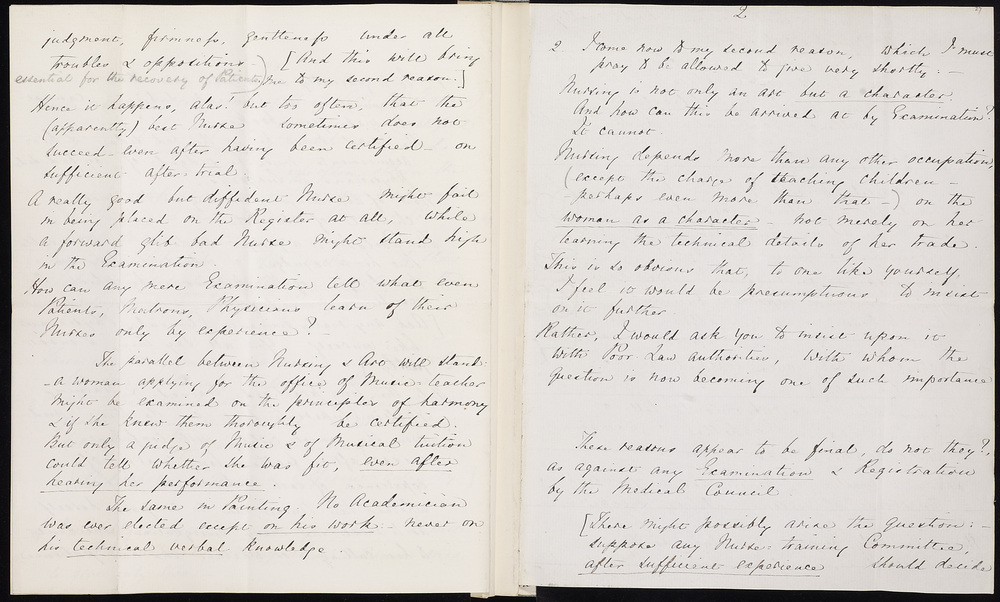 Zoom in
Pamphlet for trainees at the Nightingale Home and Training School for Nurses, attached to St Thomas’s Hospital in London, 1886 (MS. Acland d. 70, fols. 26v–27r)
Bodleian Libraries, University of Oxford
Previous Next

By the time Florence Nightingale began corresponding with Henry Acland in 1867, her reputation was well established. In addition to her work in the Crimea in the 1850s, she had been involved in nurse and midwife education, army reform, and the collection and analysis of statistics. Her standing was so high that her views were now sought by Acland, Regius Professor of Medicine in Oxford. Their correspondence touched on many issues, but foremost among these was the then vexed question of the registration of nurses. As Nightingale makes clear in this letter of 27 February 1872, she espoused a sharp distinction between nursing and medicine, and emphasised ‘character’ as a prerequisite for any nurse. In this pamphlet she stresses the importance of nursing as a vocation.