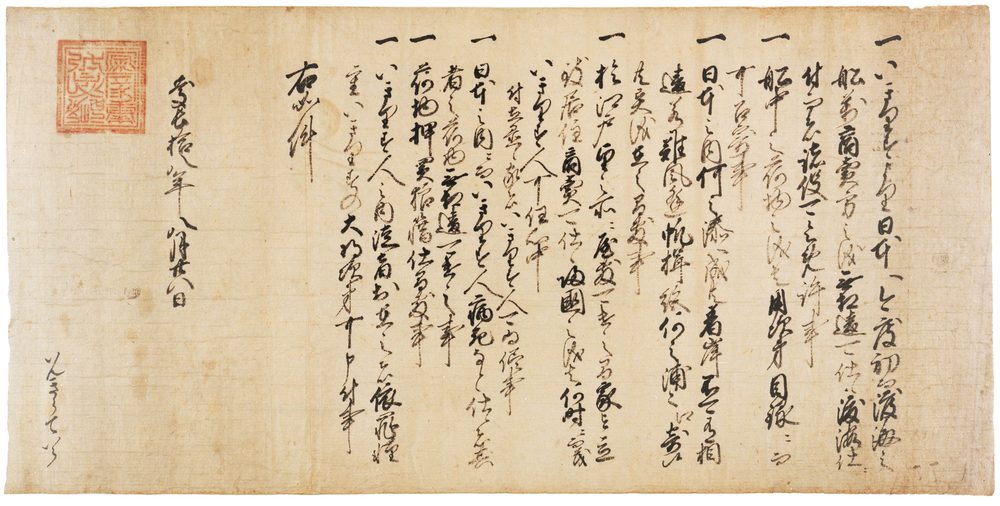 Zoom in
MS Jap. b.2
Bodleian Libraries, University of Oxford
Previous Next

The first trade agreement between England and Japan

The original shuinjo (vermilion seal document) of 1613 was issued by Shogun Tokugawa Ieyasu to grant the English Company trade privileges in Japan. The Bodleian’s Shuinjo is believed to be one of the two copies given to John Saris, the commander of the eighth voyage of the Company, the one for long presumed to be lost in England. Dated the 28th day of the 8th month, the 18th year of the Keicho (12 October 1613), the document, bearing Ieyasu’s seal in vermilion colour on top left, was issued to the captain of an English ship, to whom it grants privileges for trade in Japan and concomitant terms including jurisdiction rights in seven articles.