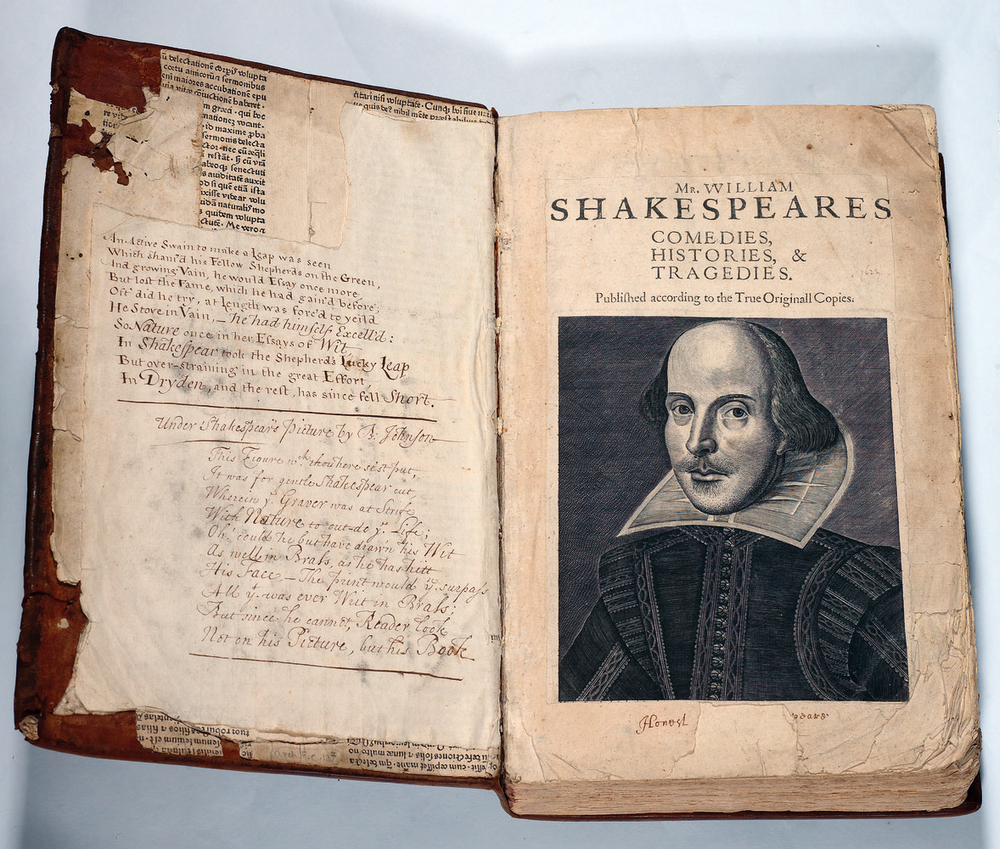 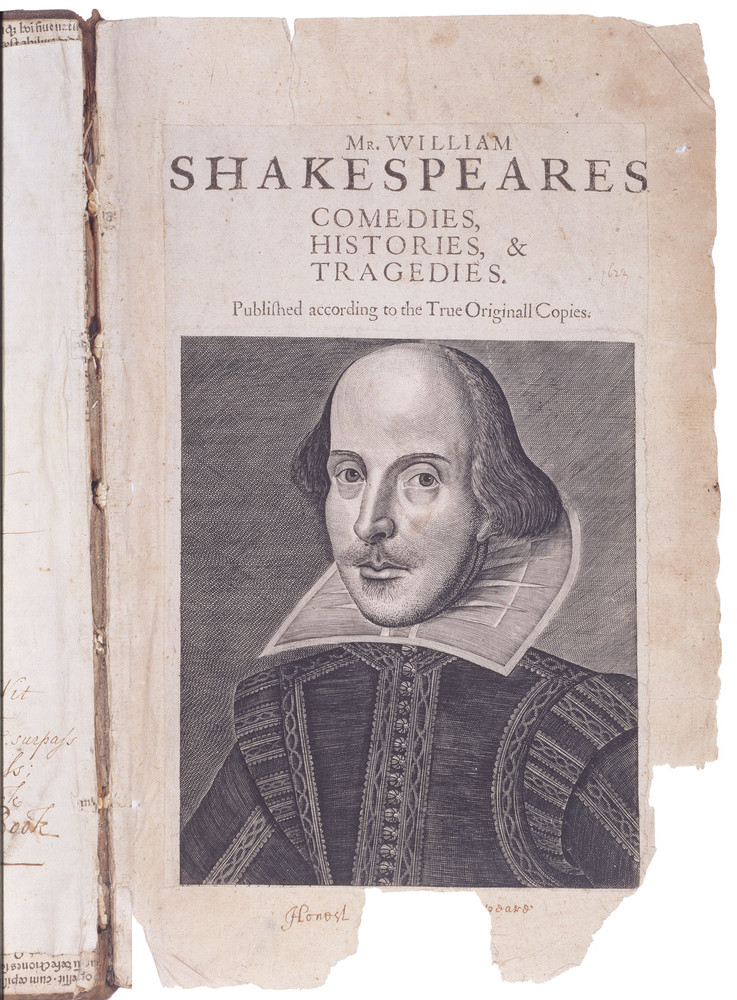 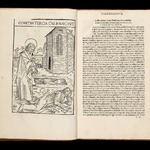 This Treasure is paired with: Opera (Preserving plays)

Without this book, the famous ‘First Folio’, eighteen of Shakespeare’s plays – including Julius Caesar and Macbeth – would probably be lost to us. They are preserved here, in the first printed edition of the collected works, published after Shakespeare’s death. The book is far from rare. Some 235 copies are known to survive, and new ones continue to come to light to this day.

This is the copy of the First Folio that was acquired by the Bodleian soon after publication, in accordance with the agreement with the Stationers’ Company. It was added to the chained folio-sized books in Duke Humfrey’s Library, where it was openly accessible to readers.

Some years later the First Folio left the Bodleian – perhaps it was deemed superfluous after the acquisition of a Third Folio in 1664, and disposed of. When, however, it resurfaced in 1905, the Library made an enormous effort to reacquire it. An anonymous American collector (now known to be Henry Folger) was prepared to pay £3,000 for the book, an unheard-of sum, and it was only through an urgent public appeal that the Bodleian succeeded in matching the offer.

This copy of the First Folio is still in the original binding which in 1905 identified it as the Bodleian copy. The first Bodleian shelfmark had been torn from the bottom of the title page.


An introduction to Shakespeare’s ‘First Folio’ that the Bodleian once gave away by Dr Emma Smith, Fellow in English, University of Oxford.