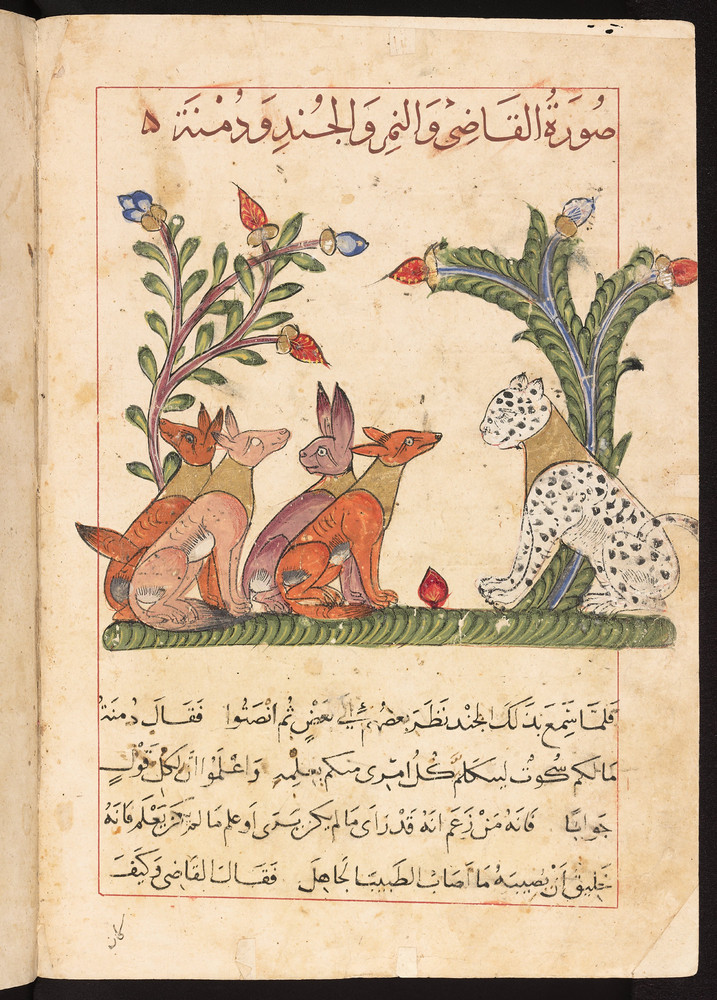 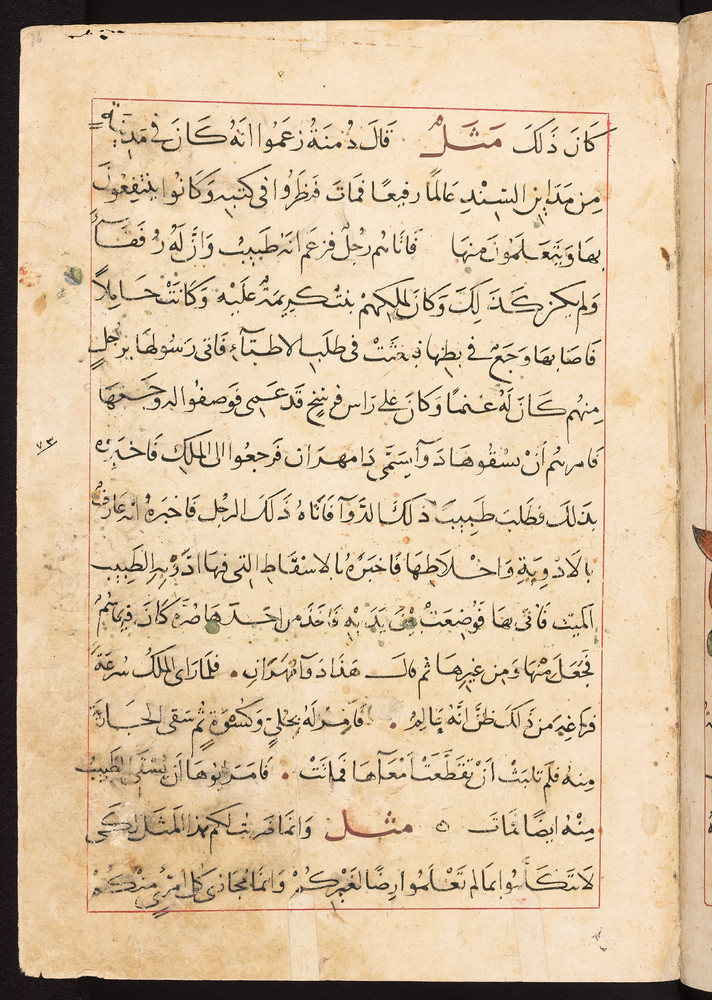 Kalilah wa-Dimnah is a translation and expansion of a popular Indian collection of stories called the Panchatantra, also known as The Fables of Bidpai. The translation was made via Persian in AD 750 by ‘Abd Allah ibn al-Muqaffa‘, and was frequently copied. The Kalilah and Dimnah of the title are two scheming jackals that feature in the main story of the work. The caption above the picture shown here reads: ‘Image of the judge, the tiger, the soldiers and Dimnah.’ It illustrates the trial of Dimnah, and teaches the lesson that crime does not pay. Dimnah had been put on trial, and is subsequently jailed and executed, for plotting to kill the king’s faithful servant, the bull Shanzabih.

Excerpt from The Fables of Bidpai (in Arabic), read by Alasdair Watson

Excerpt from The Fables of Bidpai (in English), read by Alasdair Watson