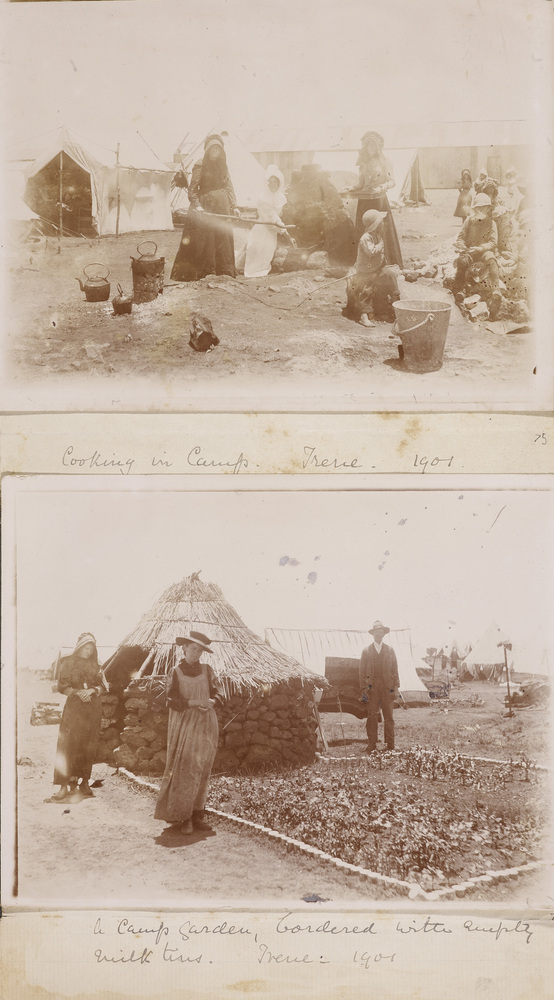 Zoom in
Scrapbook assembled by Hobhouse with correspondence, photographs and reports relating to the Anglo-Boer War and her visit to the camps. (MS. Hobhouse 6, fols. 75 + 76)
Bodleian Libraries, University of Oxford 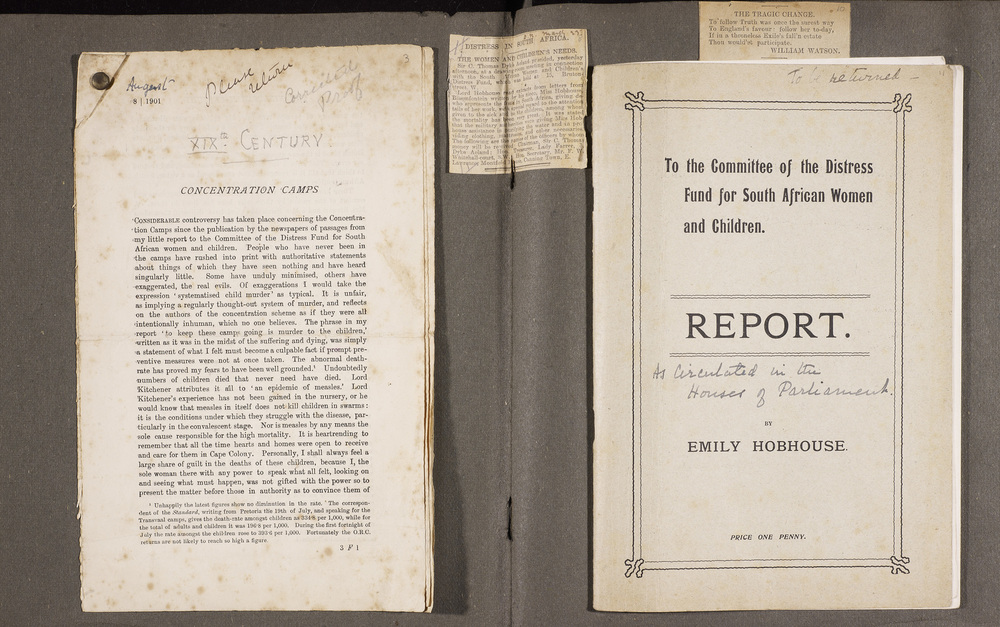 Zoom in
Scrapbook assembled by Hobhouse with correspondence, photographs and reports relating to the Anglo-Boer War and her visit to the camps. (MS. Hobhouse 6, fols. 1v–2r)
Bodleian Libraries, University of Oxford
Previous Next

Emily Hobhouse was a lifelong pacifist and one of the most influential humanitarian campaigners of her era. She was a suffragist and social reformer, but is best known for her work in South Africa. Like many liberals she opposed the Anglo-Boer War, becoming secretary of the South African Conciliation Committee and founding the Distress Fund for South African Women and Children. Having heard reports that Boer women and children were being forced by British policy into refugee camps (in effect, concentration camps), she travelled to South Africa in late 1900 to supervise the fund’s distribution. Working with local women, she recorded and photographed the deprivation and squalor she witnessed. Her Report of a Visit to the Camps, published in 1901, created an instant sensation and led to a public commission. Hobhouse maintained ties to South Africa throughout the rest of her campaigning life and is still revered there. In 1926, her ashes were buried in the National Women’s Monument at Bloemfontein, a memorial to the thousands of women and children who died in the camps that Hobhouse had helped to expose.