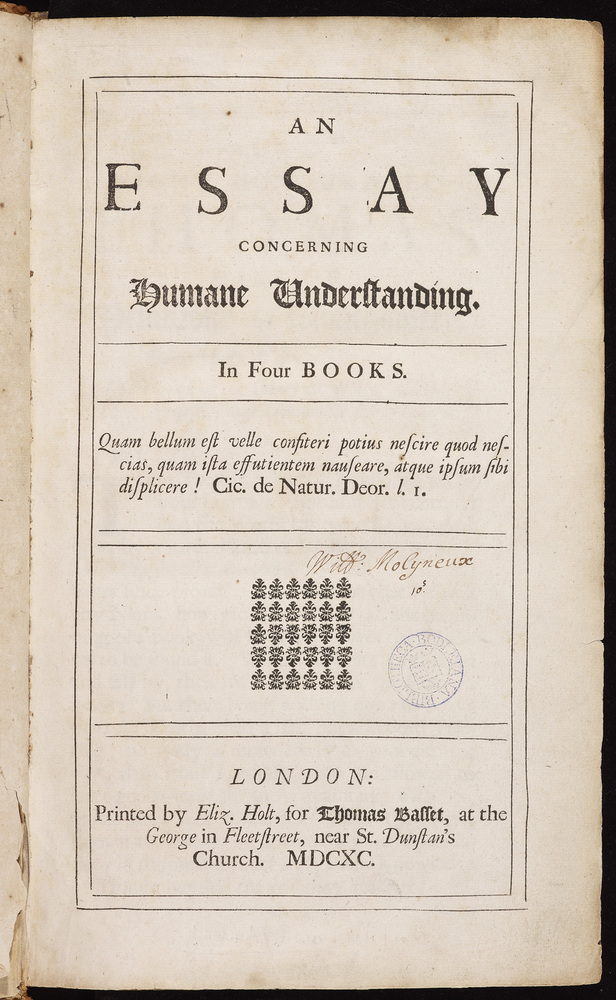 Elizabeth Holt worked in the London printing trade alongside her husband until his death in 1688, after which she took over the business. Being entrusted with the first edition of Locke’s most famous work suggests that she was held in high regard as a printer, unusual in a trade which was dominated by men until the twentieth century. She also printed works by Francis Bacon and Thomas Bray, before her daughter took over the family business.