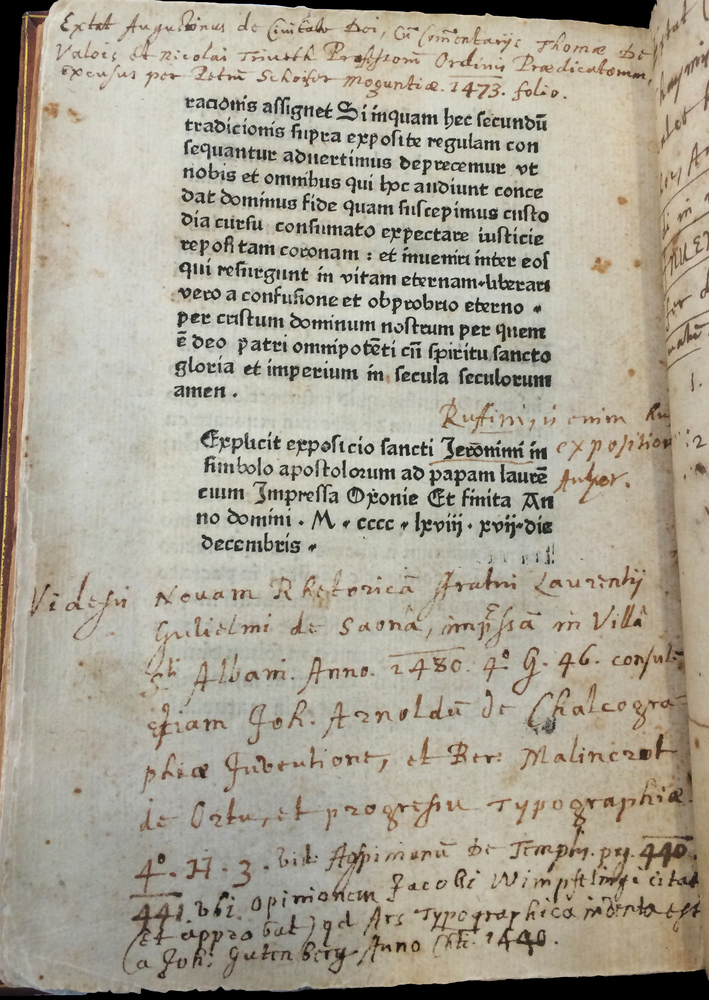 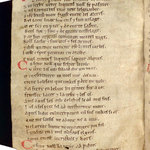 The Expositio in symbolum apostolorum is the earliest book to survive from Oxford’s first press, established by a German printer in the 1470s. The omission of an ‘x’ in the date, printed as M.cccc.lxviij (1468), led to long-standing myths about Oxford as the first place of printing in England (repeated on the frost fair souvenir). William Caxton’s Westminster press, active from 1476, was the first, and Oxford was not a regular place of printing until 1585.