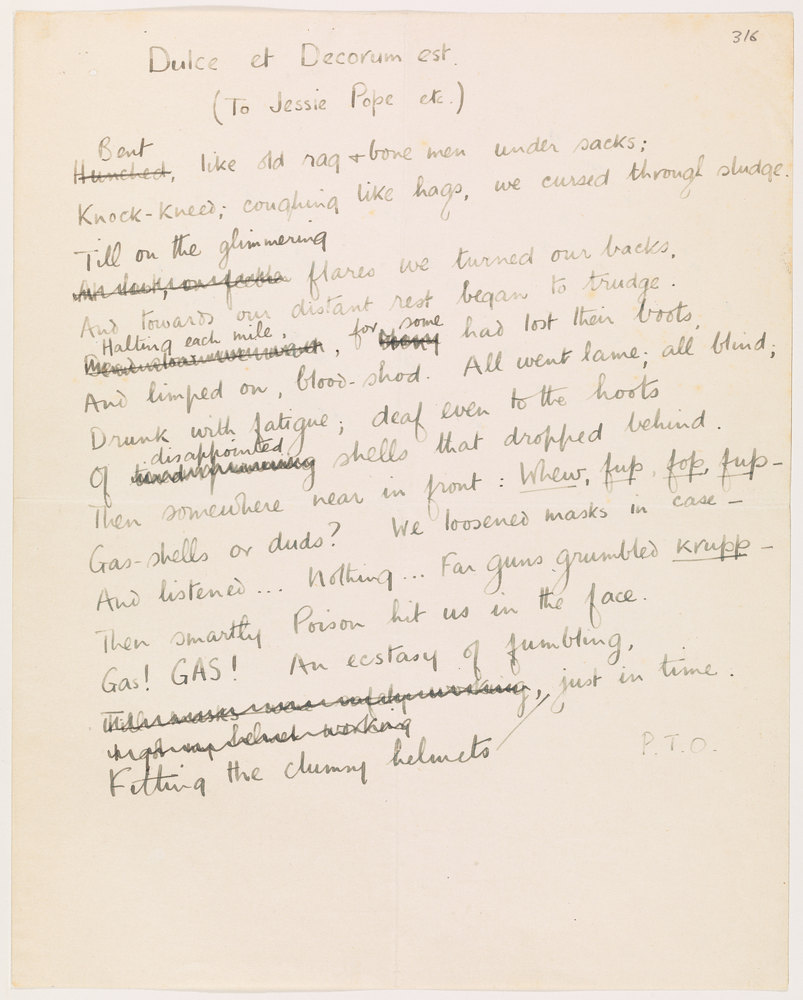 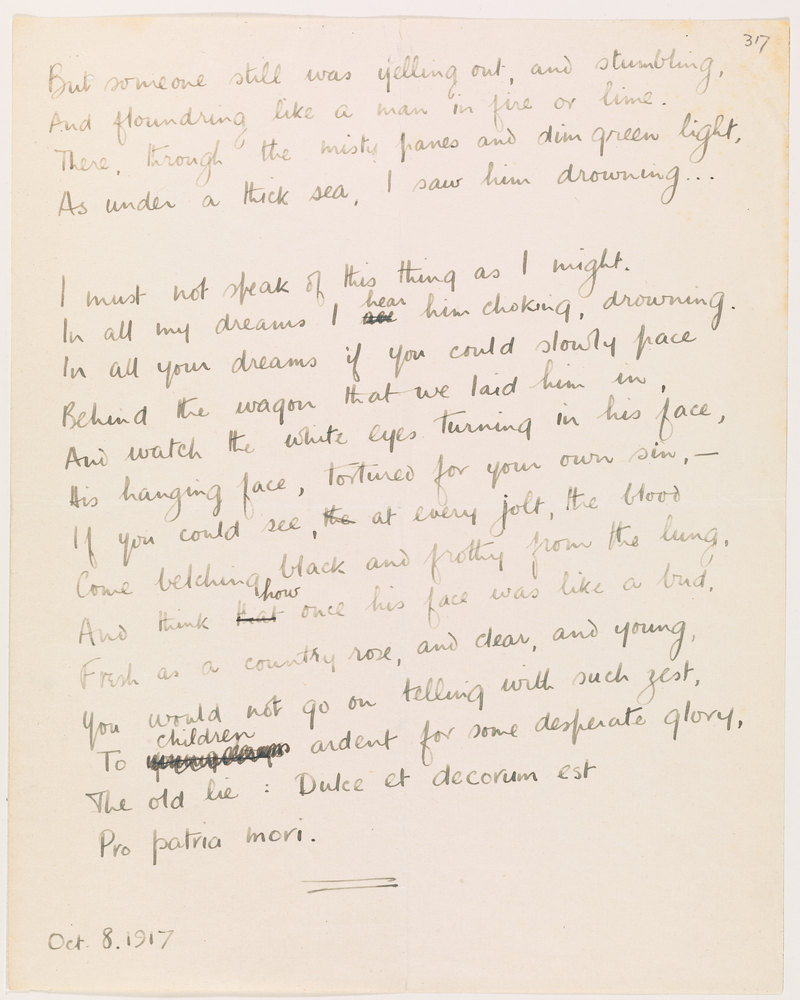 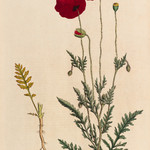 This Treasure is paired with: Poppy (Meditation on war)

This draft of ‘Dulce et decorum est’ shows Owen composing the lines of his great anti-war poem which graphically describes the horror of a gas attack. He died serving in France, at the age of 25. The ‘old lie’ that ‘it is sweet and fitting to die for one’s country’ is from a Latin poem by Horace of the 1st century BC. Further irony is added by the dedication to Jessie Pope, a popular patriotic war poet whose works called men to fight and scorned those who hesitated.