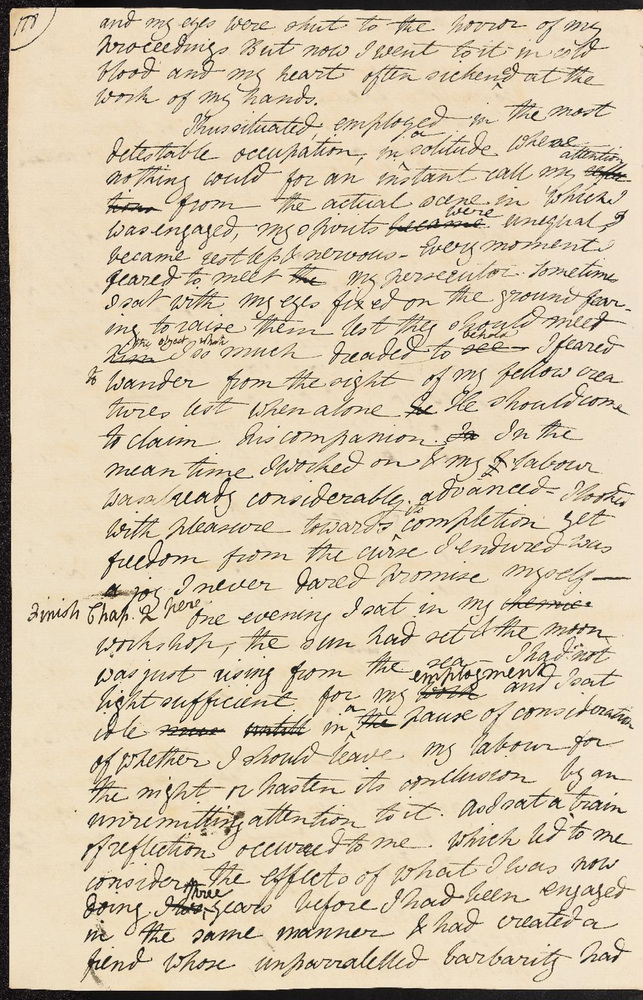 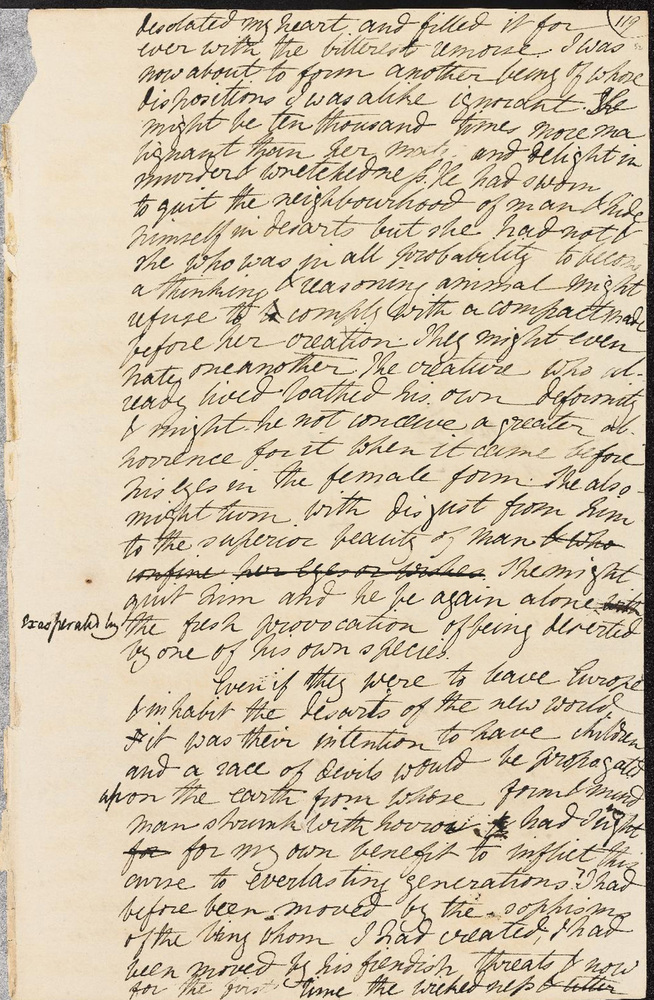 The inspiration for Frankenstein came to Mary in a ‘waking dream’ in 1816, leading to the creation of an immensely influential novel and enduring metaphor. Many critics believed Frankenstein had been written by a man, possibly her husband, Percy Bysshe Shelley, and his involvement in her work has been debated since, often to the detriment of her own literary standing. This has undergone considerable reassessment in recent decades, and Mary Shelley has been recognized as a visionary and intellectually complex writer and thinker in her own right.

An introduction to Mary Shelley’s hand-written draft of Frankenstein by Curator Stephen Hebron.