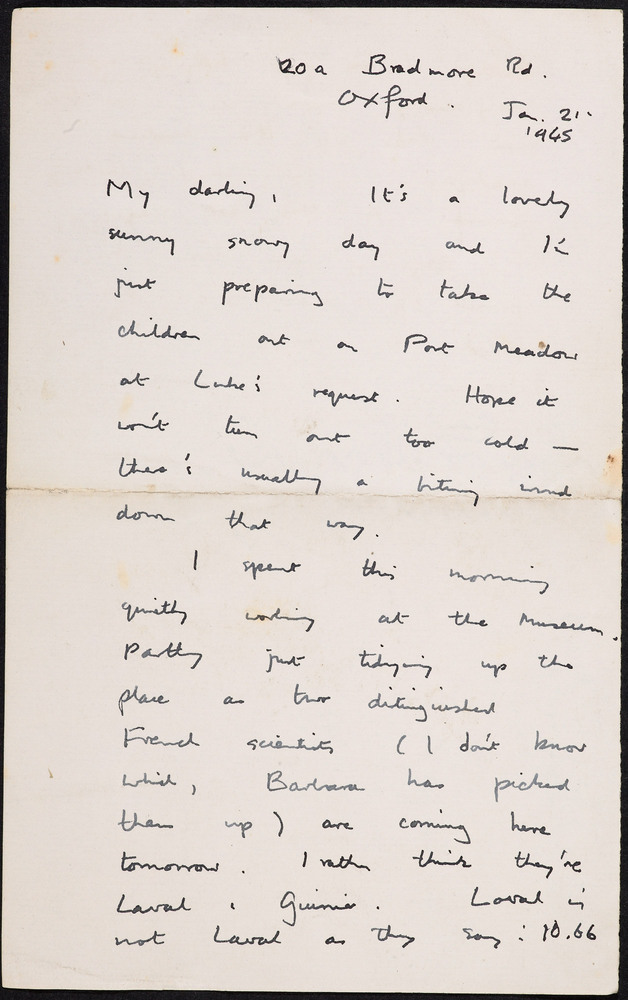 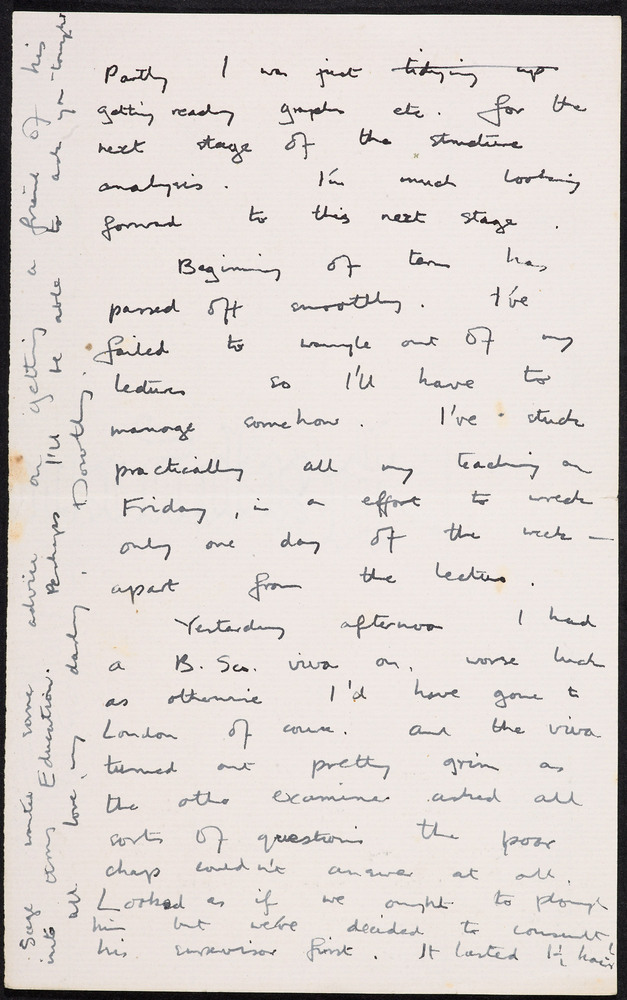 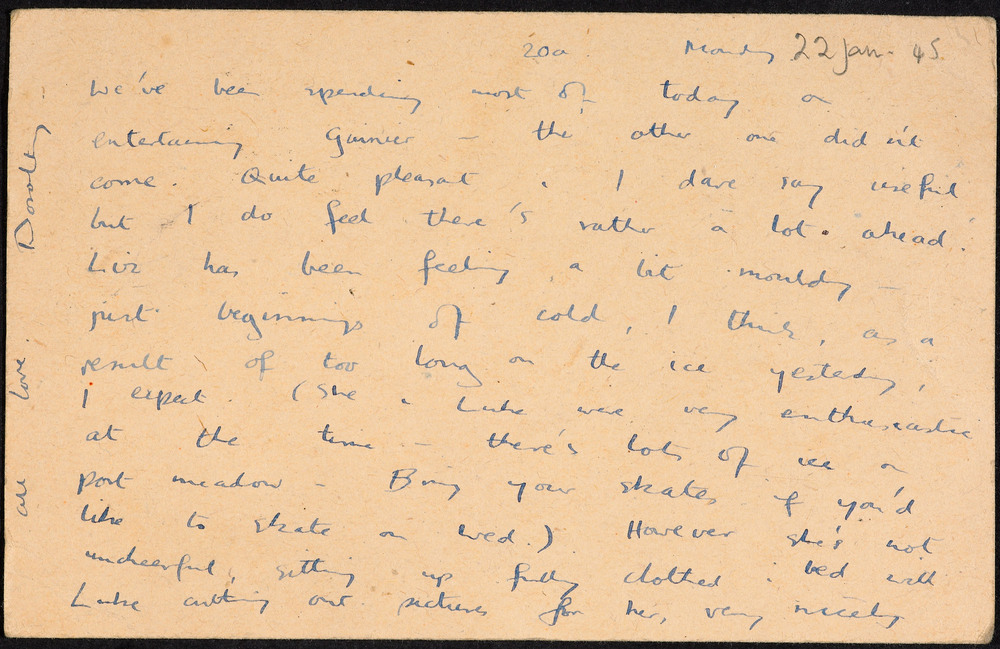 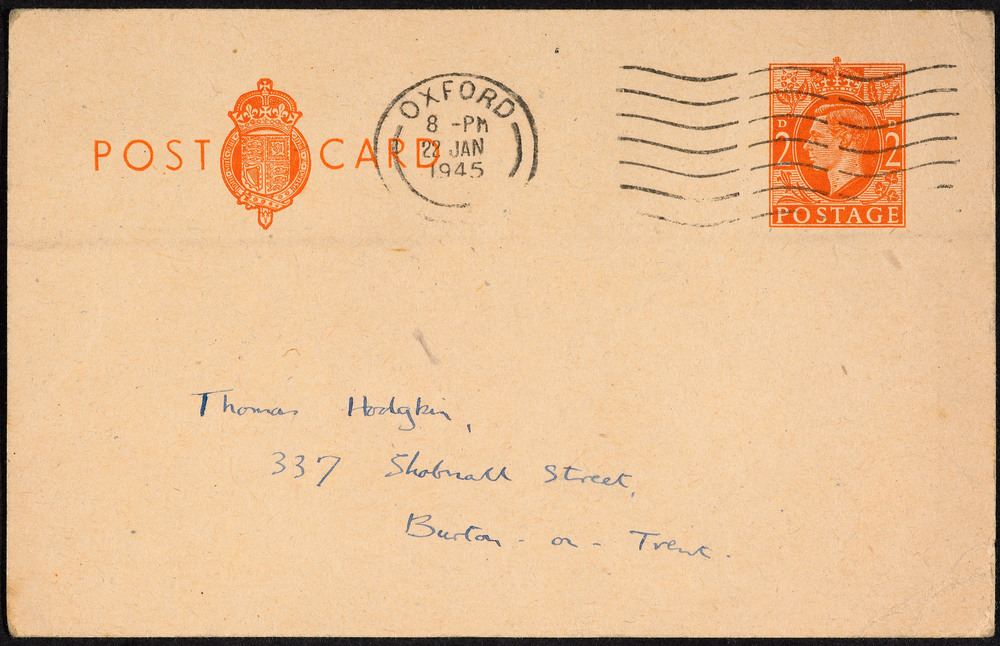 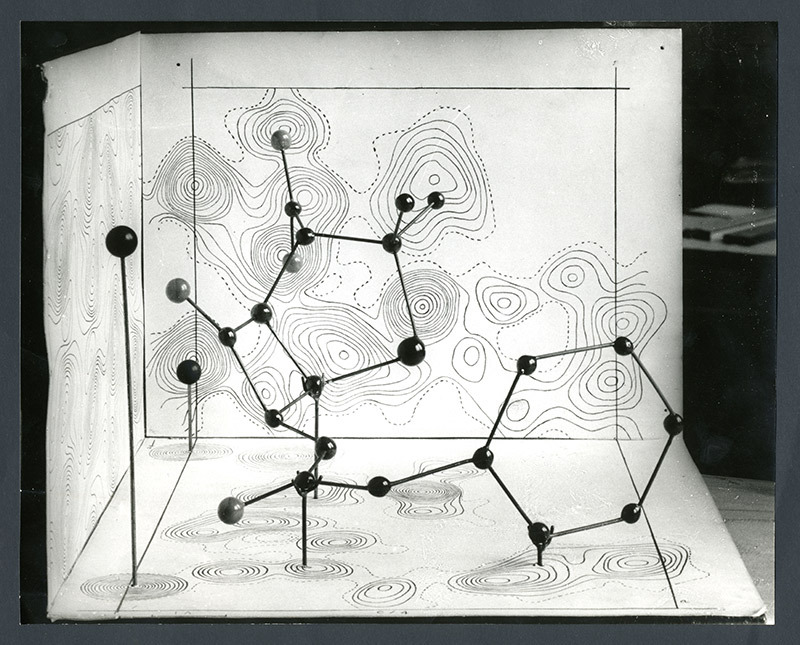 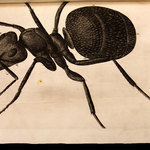 This Treasure is paired with: Micrographia (Under the microscope)

Nearly 300 years after Hooke, Hodgkin employed X-ray crystallography to determine the chemical structure (the arrangement of atoms and bonds) of minute biochemical substances. She records her first awareness of penicillin in a letter to her husband Thomas, and resolved its structure with electron density maps. She remains the only British female scientist to have been awarded a Nobel Prize, for her work on substances including penicillin, insulin, and vitamin B12.

I’ve just come back from visiting Chain & now it’s 10.30 pm. I’m feeling disgustingly cheerful too as a result of my visit.

The main purpose of Chain I may say is that he works on penicillin – you may remember the stuff Hugo was talking about in the summer that is so active anti streptococci & staphylococci that it almost brings people back from the dead. Apparently it hasn’t yet been crystallised after all – both Chain & Powell thought they’d got crystals of it about the time we went on our holiday but both were mistaken & so far all attempts have failed. I found myself irresistibly drawn to follow Hugo’s advice & “inject myself into the situation”. Chain seemed quite keen to let me have some stuff to try to crystallise and I’d simply love to try. Though when I shall have the time goodness knows – perhaps after term? And of course Chain may draw back when it comes to the point. Or the other gang – Baker, Powell, may have got on further than Chain thinks.

Wigg didn’t turn up after all but sent a telephone message – by way of your mother as he couldn’t get through direct. (I’m afraid the same thing must have happened as before since my aunt was up here at the critical time – I must remind her to remember to switch over when she comes up). I was sorry to miss him – but perhaps it was just as well.

Tuesday afternoon – Lizbeth in my arms. She weighed 9lbs 4oz this morning and has gained an average of 7 ½ oz per week in the first 8 weeks of her life. Now I can’t write you a very proper ending – but dearest love, always, Dorothy

Georgina Ferry, Dorothy Hodgkin’s biographer, tells the story of the discovery of the structure of penicillin in the 1940s