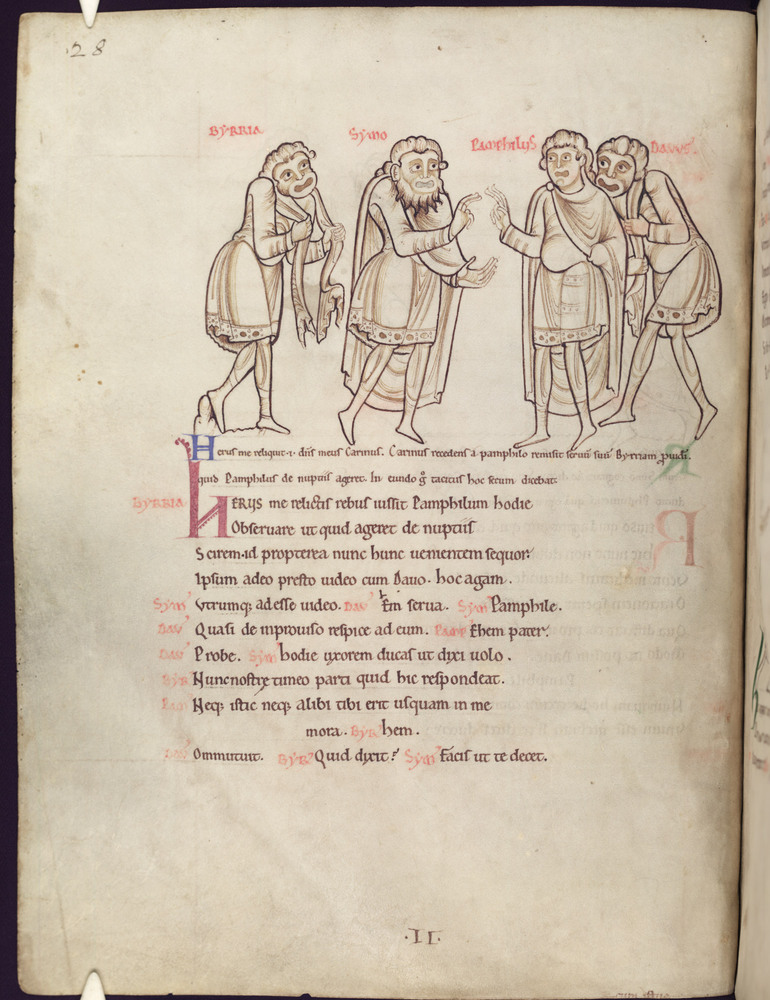 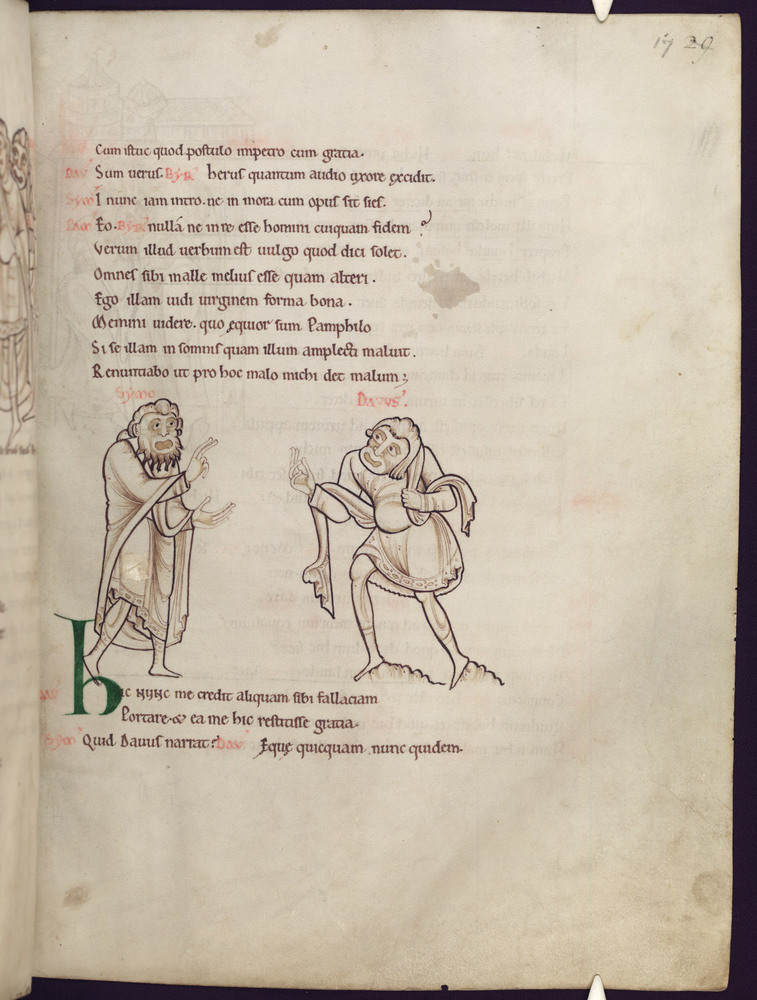 The six comic plays of the Roman author Terence were written in the early second century BC. They were extremely popular in their day, and were successfully performed or read for centuries after Terence’s death. Over 650 medieval manuscript versions survive. This copy is notable for its finely drawn illustrations, transmitted from a Late Roman picture-cycle. The masked actors are shown performing scenes from Terence’s play, the Andria: shown here, Simo and Pamphilus, father and son, confront each other over an arranged marriage, while Pamphilus’s scheming servant, Davos, whispers advice into his master’s ear.

Excerpt from a comedy by Terence (in English), read by Cressida Ryan

Excerpt from a comedy by Terence (in Latin), read by Cressida Ryan