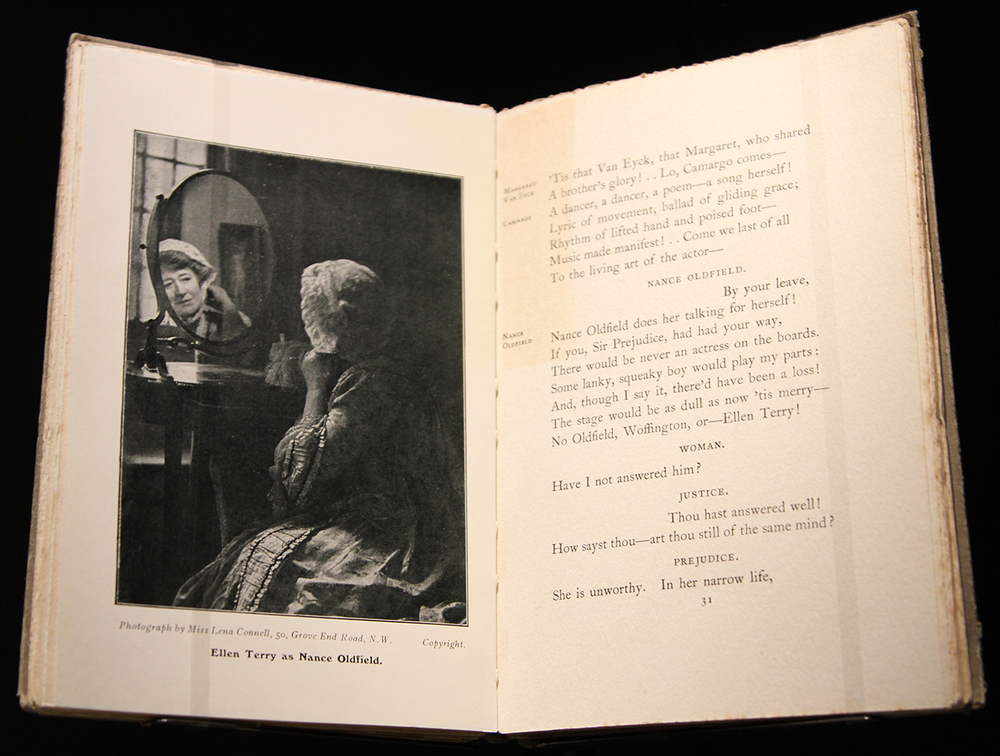 Cicely Hamilton was an author, actress, suffragist, and co-founder of the Women Writers’ Suffrage League. A Pageant was written to entertain and to propagandize by assembling a large cast of women, preferably suffragists, to take up its many roles. One of the most frequently performed of all suffrage plays, it combined historically significant women with well-known contemporaries such as the suffragist Ellen Terry, pictured here playing the role of Nance Oldfield, an eighteenth-century actress.